OilNOWLatest News and Information from the Oil and Gas sector in Guyana
More
FeaturedNews
Updated: October 5, 2022

With Guyana’s oil and gas sector poised to usher in a new area of unprecedented Foreign Direct Investments (FDI), it is critical that the country has a well-crafted plan to improve the business environment so that maximum benefits and widespread prosperity are achieved.

This was the crux of the Keynote Address delivered by the 57th President of the Georgetown Chamber of Commerce and Industry (GCCI), Timothy Tucker before hundreds of delegates and exhibitors at the opening of the Guyana Basins Summit on Tuesday. The event is being held at the ultra-sleek Pegasus Suites and Corporate Centre in Kingstown, Georgetown.

Tucker was keen to note that Guyana is a stable place for foreign investment, noting that it is administered by a pro-business government that believes in an independent private sector, but more so a private sector that can develop Guyana in partnership with it.

With the International Monetary Fund (IMF) projecting that Guyana will see a near 60 percent growth rate for 2022, Tucker said these are no doubt exciting times for Guyana. He said the Chamber as a key industry stakeholder is leading the way on how to take advantage of the opportunities that abound.

Citing data from the Guyana Office for Investment (Go-Invest), Tucker said there are over 55 areas for investment in Guyana such as agriculture, mining, ICT and Tourism. Furthermore, Tucker said the opportunities have grown exponentially with the advent of the oil and gas sector which brings with it over 200 supply areas. Tucker said only 40 of these are ringfenced for locals via the Local Content Legislation. Even with those carve-outs, the GCCI Head said there is still room for partnerships with non-Guyanese.

“Regional opportunities are also available with CARICOM’s commitment to reduce the food import bill for the region by 25% by 2025; that opens the opportunity to invest in Guyana and use the CSME to access the Caribbean market and also to access the Brazilian market with our partial scope agreement with Brazil,” Tucker said.

He noted though, that there are quite a few challenges that the new oil producer must address. On this, he pointed to the high tax rate as one that does not encourage wider private sector growth. Nonetheless, he said a Tax Review Commission has been set up with the hopes of looking into such issues.

The cost, quality, and reliability of electricity are also matters which have stifled the nation’s development, the GCCI President noted. He expressed great confidence that this would be addressed with the onset of the government’s gas-to-energy project by 2024.

Other pertinent challenges he cited pertained to the labour shortage Guyana is experiencing as the oil sector expands as well as the issues with borrowing at affordable rates from lending institutions.

With respect to the former, he acknowledged that the government is already looking at this by reviewing its migration policy. Importantly, technical institutions are also being set up to upskill the populace.

As to the matter of access to financing, Tucker noted that the business body is currently lobbying the government to widen the scope of instruments that can be used to garner loans.

The Georgetown Chamber of Commerce and Industry is the lead partner for the Guyana Basin Summit with organizational support from Mayson Blackhouse Guyana, Sagacity Inc., and international marketing company, Global Event Partners. The Principal Partner is Digicel Business.

This year, GBS is centered around ‘Responsibly Developing the Region’s Resources for a Prosperous and Sustainable Future’. 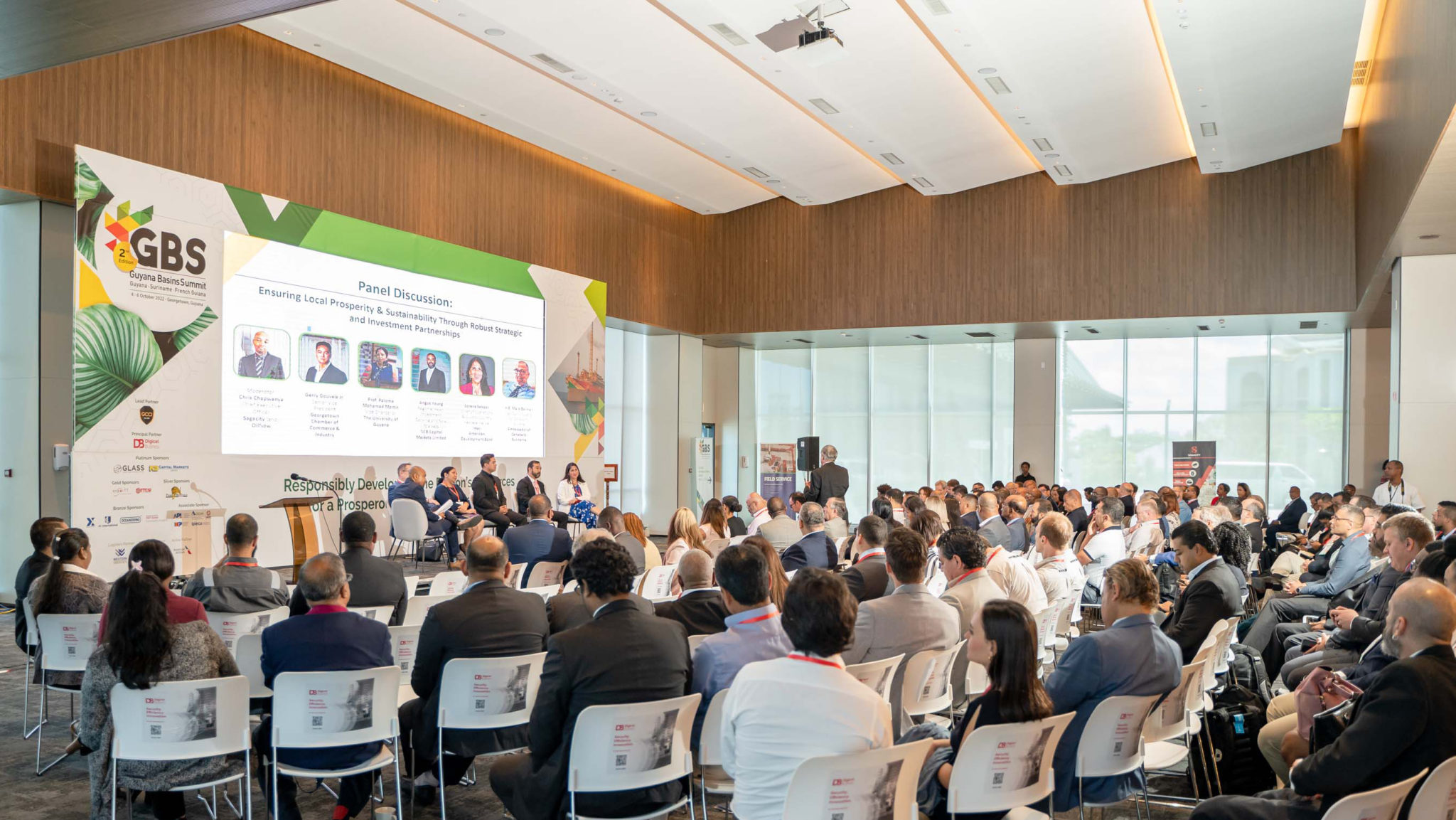 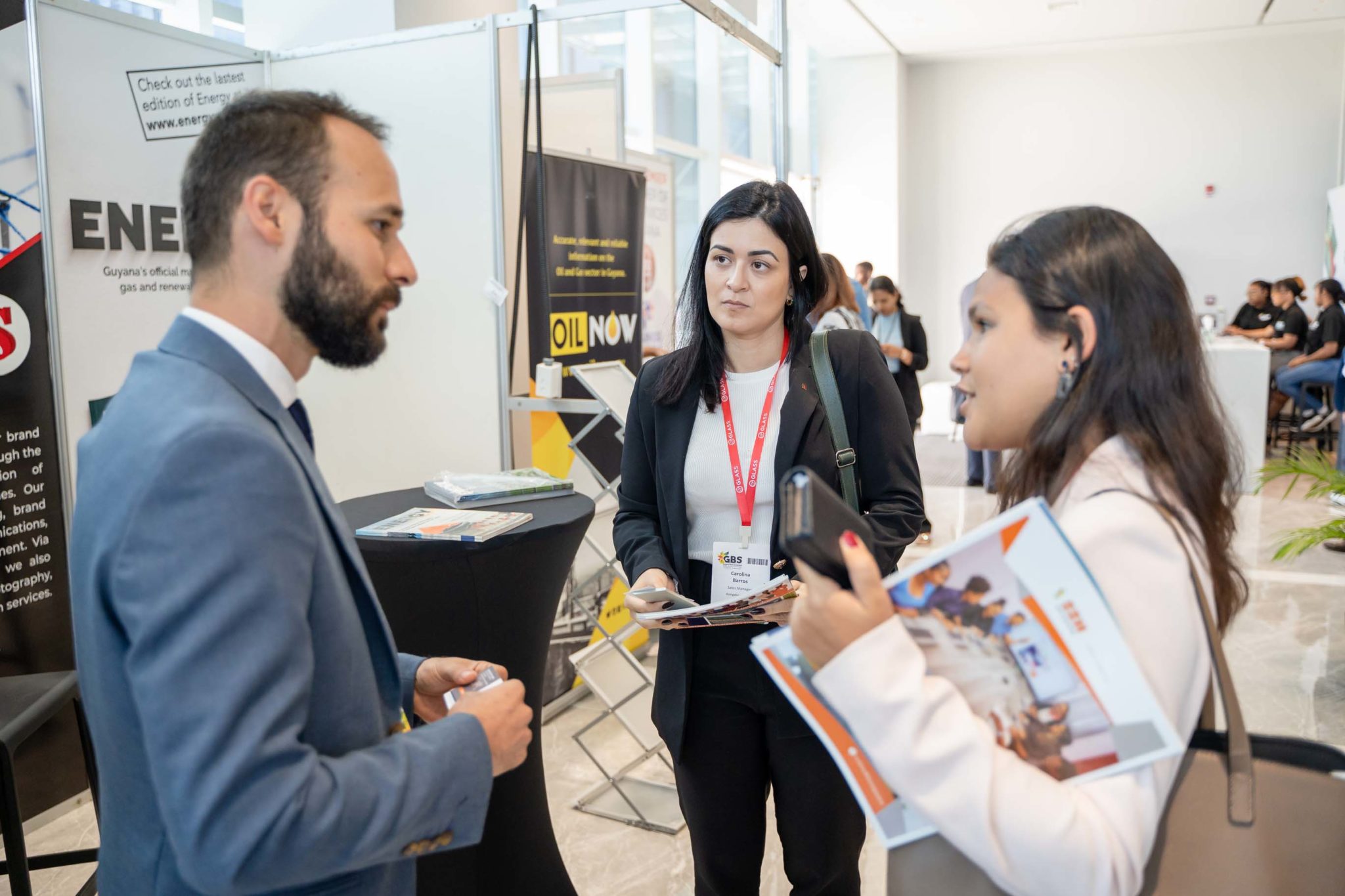 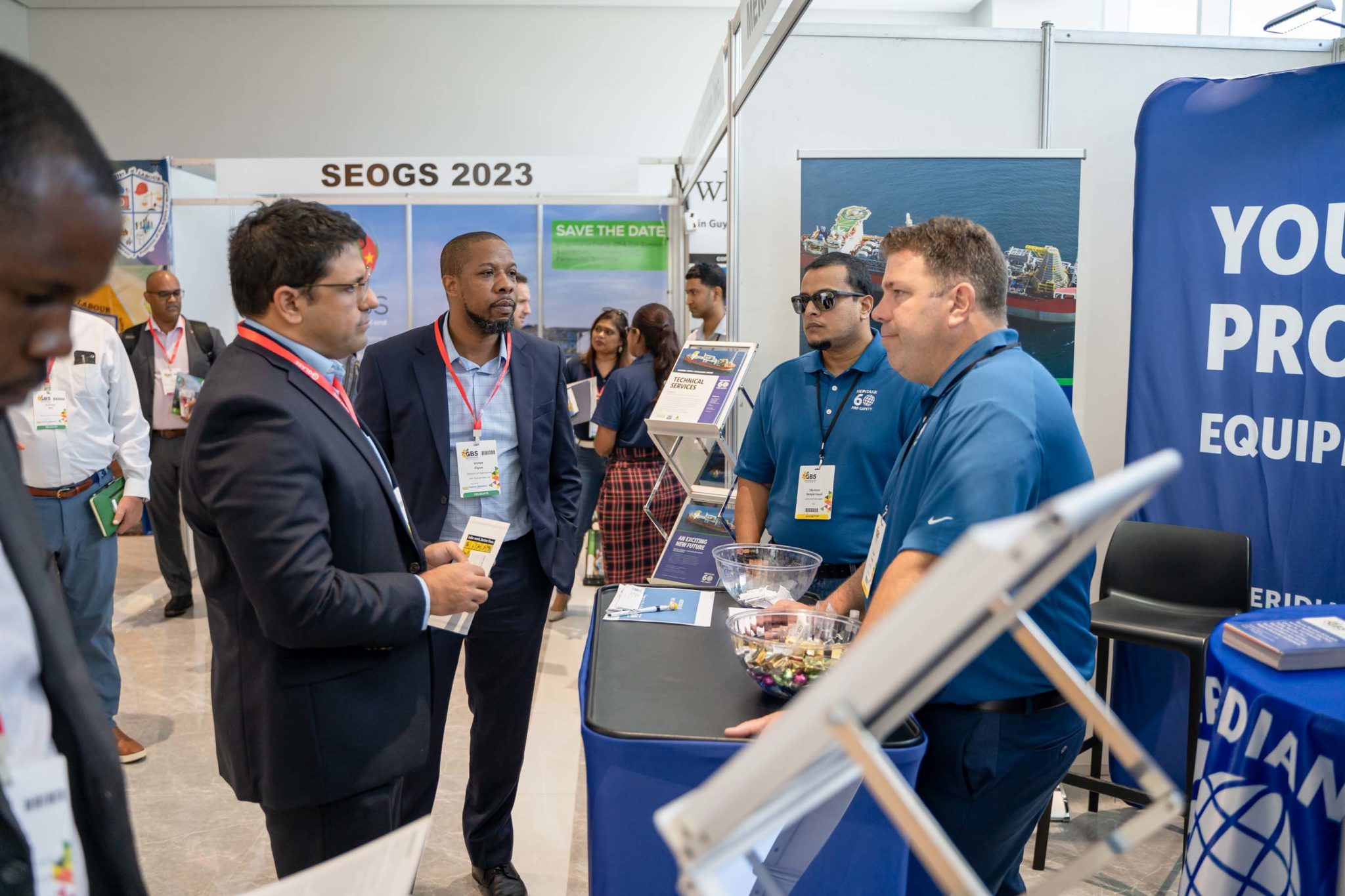 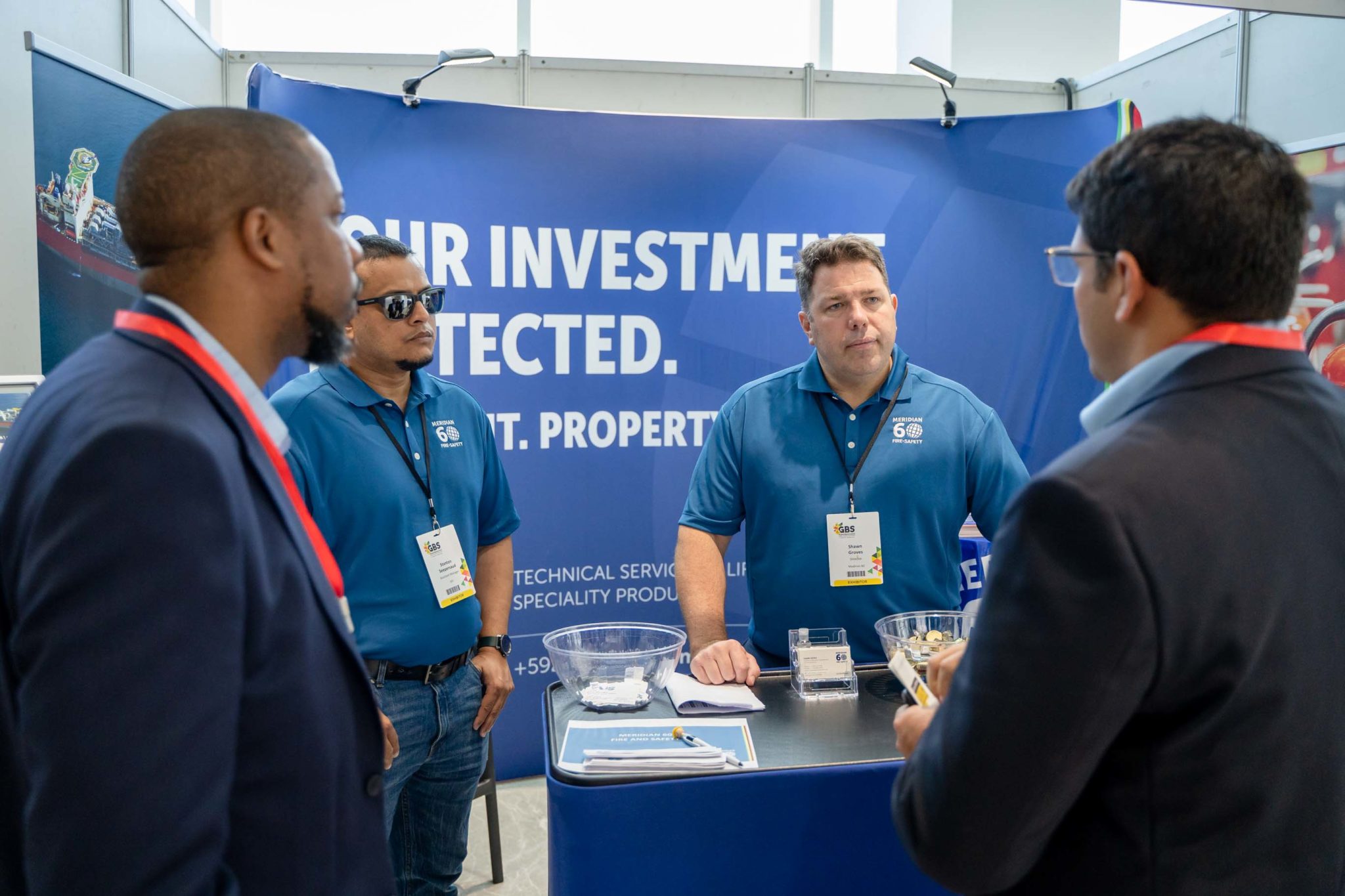 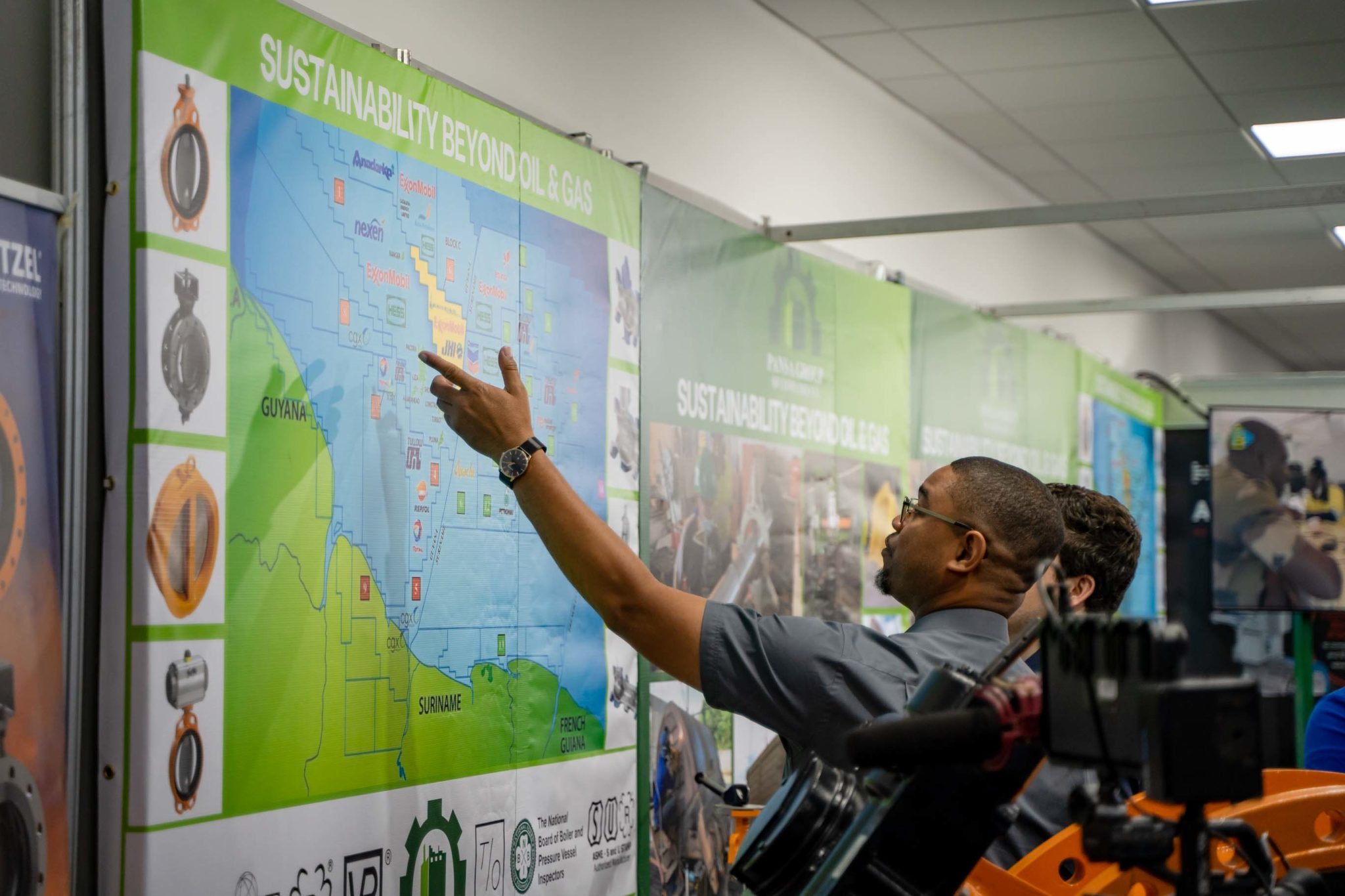