OilNOWLatest News and Information from the Oil and Gas sector in Guyana
More
FeaturedNewsRegional
Updated: October 5, 2022 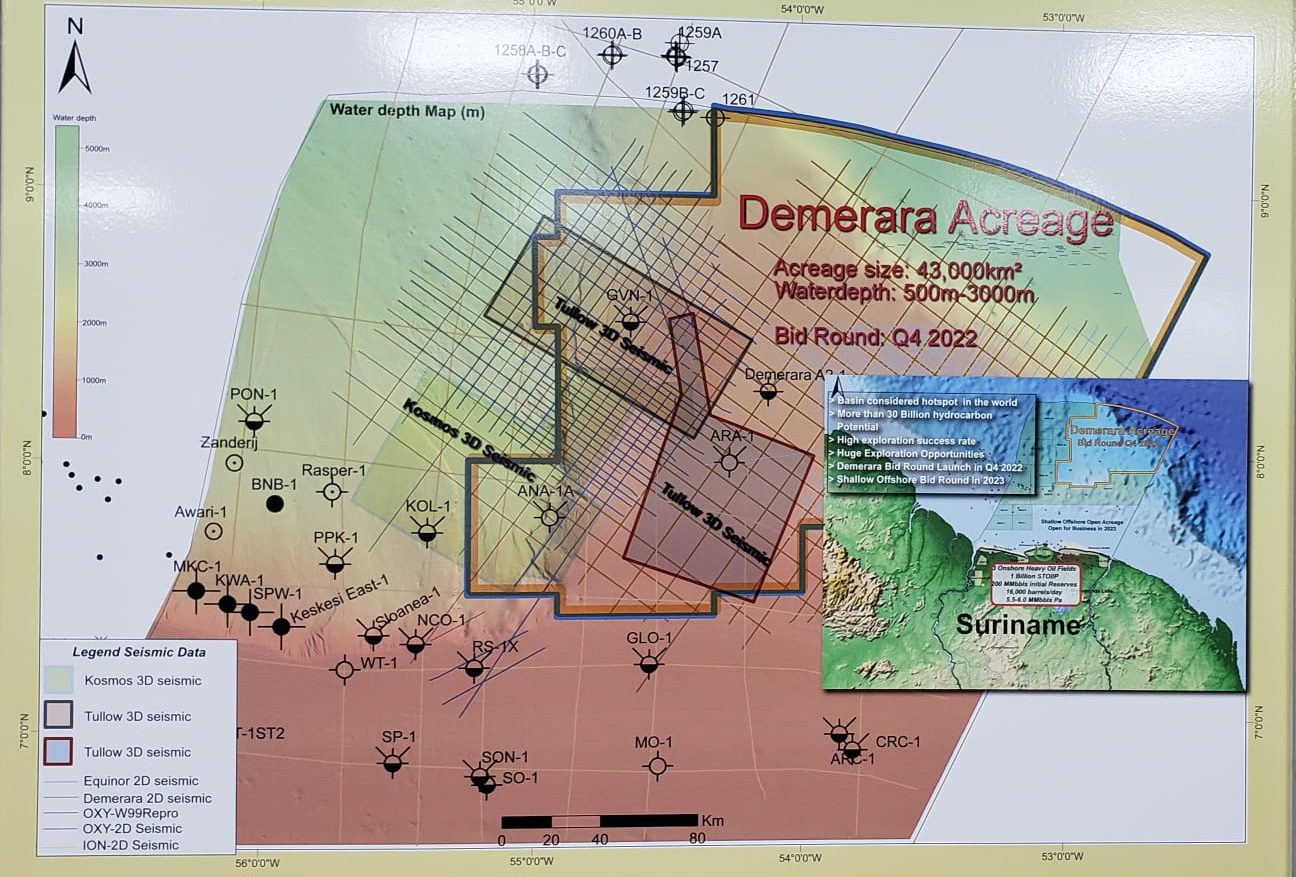 Suriname’s state-oil entity Staatsolie plans to open an auction for nation’s Demerara acreage, during the fourth quarter of 2022.

Staatsolie representatives revealed this at the Guyana Basins Summit (GBS) 2022 currently being held at the Pegasus Suites in Guyana. The three-day Summit explores oil and gas and energy developments and opportunities in Guyana, Suriname and French Guiana.

Suriname’s Demerara Play spans some 43,000 square kilometres (km2) with water depths between 500 to 3,000 metres. The block is controlled by Staatsolie and over the last three years only four wells were drilled – GVN-1, ANA-1A, ARA-1 and the Demerara A2-1.

It currently has over 60% of its offshore acreage unlicensed.

A recent oil find in Suriname’s Block 58 puts its recoverable resource count at over five billion oil-equivalent barrels, but that number is merely a tiny fraction of what is believed to be held in the Suriname basin.