OilNOWLatest News and Information from the Oil and Gas sector in Guyana
More
FeaturedNewsRegional
Updated: December 18, 2020

Guyana and Suriname among countries expected to dominate 2021 licensing rounds

The award of oil and gas acreage in 2021 is expected to be dominated by countries like Guyana and Suriname which, like just a handful of some other territories, have captured high interest in the industry over the last year.

In Guyana, ExxonMobil’s prolific discoveries – 18 since 2015 – have cemented the country as the new oil and gas hot spot in the region. The estimated gross recoverable resource of 9 billion oil equivalent barrels at the Stabroek block is expected to further increase as there remain significant targets on that and other blocks offshore the country.

Suriname has racked up four discoveries so far for 2020 estimated to contain more than 1.4 billion barrels of oil equivalent resources. Exploration activities also continue with high potential for upside in the number of discoveries.

“We expect next year’s licensing activity to continue to be dominated by countries like Suriname, Guyana, the US, Norway, Israel, India, China, Malaysia, Egypt and the UAE,” Norway-based Rystad Energy said this week. “Other countries may not announce their licensing schedules until the second half of next year as they wait for interest to pick up, including Indonesia, Myanmar, Thailand, Algeria, Tanzania, Equatorial Guinea, Ecuador and Barbados.”

Already, in Suriname, 8 blocks covering an area of over 13,524 km2 of underexplored but highly prospective acreage in the western part of the offshore basin went on offer last month by Staatsolie Maatschappij Suriname N.V., the country’s state oil company.

Suriname is 2nd in the world for volume of oil discovered this year, Guyana remains big prize in basin

Meanwhile in Guyana, authorities plan to open a licensing round next year with interest already been shown by companies operating in the region.

Brazilian state-oil company Petrobras has said it could turn to Guyana for access to acreage along the country’s equatorial margin if Brazilian environmental regulators do not grant permits to drill in the Foz do Amazonas Basin. According to Castello Branco, CEO of Petrobras, the company has been invited by Guyana to participate in the country’s upcoming bid rounds.

“In 2021 these bid rounds will be open,” Vickram Bharrat, Minister of Natural Resources told OilNOW. “As a matter of fact, the President [of Guyana] is meeting the President from Brazil soon also,” he added.

According to Rystad Energy, 2020 is on course to be the year with the fewest concluded licensing rounds of the 21st century. Awarded acreage is estimated to be the lowest since 2002 at just over 324,000 square kilometers, with Norway being this year’s global leader in total licensed area. 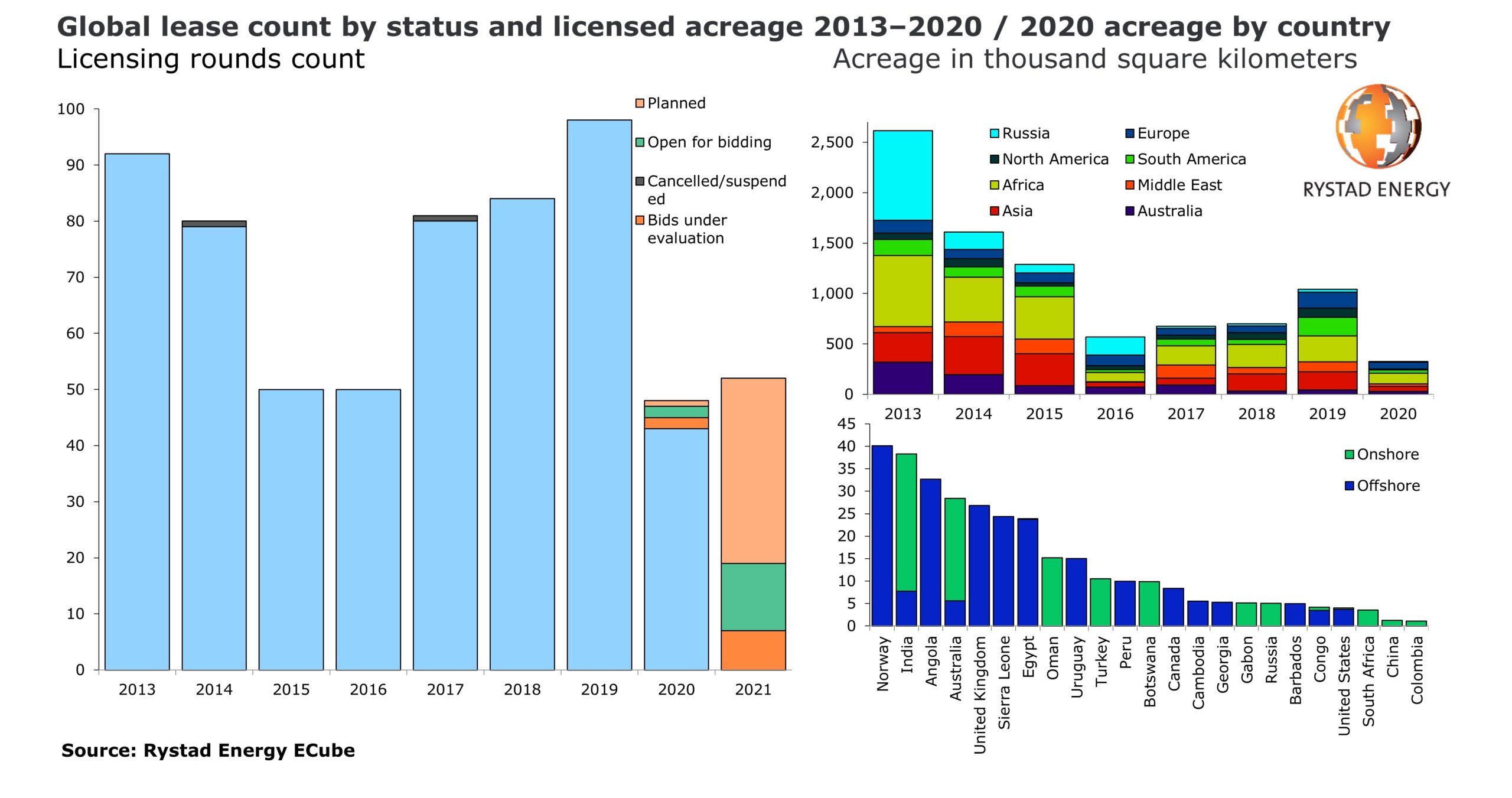