OilNOWLatest News and Information from the Oil and Gas sector in Guyana
More
FeaturedNews
Updated: December 18, 2020 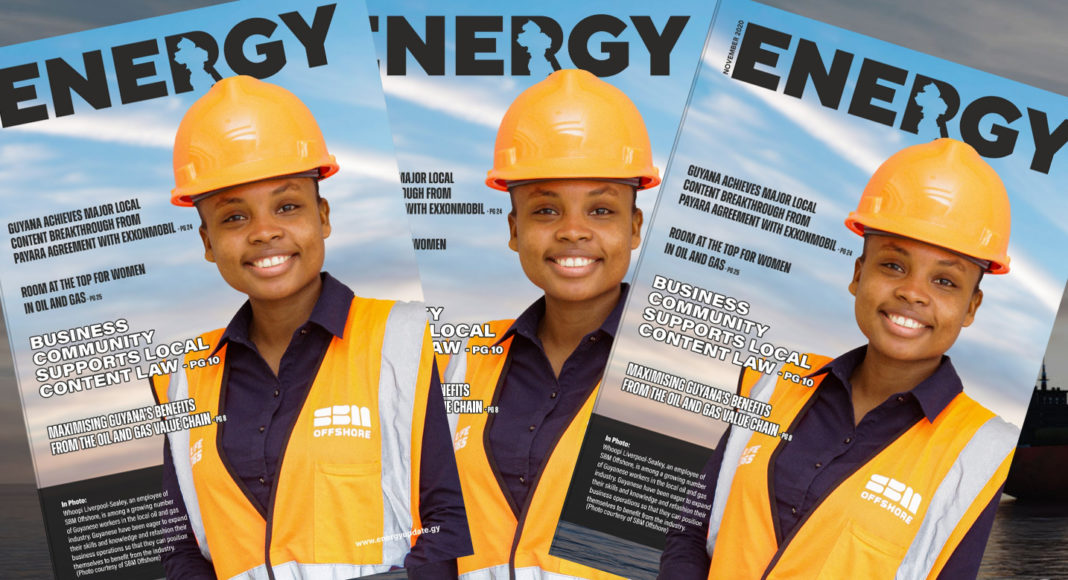 Energy, the first publication in Guyana covering the rapidly developing Oil and Gas sector, has been released by Energy Guyana Magazine Inc. a 100% Guyanese owned company.

The magazine, which will be available digitally and in print, focuses primarily on developments in the Energy sector with special attention being paid to the emerging oil and gas industry in Guyana.

A copy of the publication was handed over to Dr. Irfaan Ali, President of Guyana, on Wednesday, December 16, 2020, by Editor-in-Chief, Mrs. Gwen Evelyn and Managing Partner of Energy Guyana Inc., Mr. Chris Chapwanya.

“This publication is both timely and relevant. The country is still in its first year of oil production and as such, there exists an insatiable appetite for reliable and accurate information about developments in the sector,” the President said in a message provided for the inaugural edition of the publication.

Mrs. Evelyn said the Energy Guyana team expects that the publication will become the must-read quarterly for a broad cross-section of persons interested in the energy sector, including decision makers and industry leaders in Guyana and overseas.

“In addition to oil and gas, the publication will focus on Guyana’s journey towards the development of cleaner and more affordable energy sources and the significant impact this will have on the growth of the economy and emergence of new industries,” Mrs. Evelyn said.

She pointed out that the first edition focuses on local participation in the oil and gas industry with emphasis on both individuals and companies which have been making significant strides since the 2015 Liza discovery.

The Editor-in-Chief pointed out that key stakeholders involved in the production of the magazine include Guyanese-owned CinNex Inc. which provided layout and design services, in addition to a team of writers, proof-readers and editors, along with Sagacity Inc. which is responsible for marketing.

“We have strong involvement at the local level in addition to the support of international companies. This, we believe, is an effective approach for delivering the best product,” she said.

Commenting on the inaugural edition, Mr. Chapwanya said, “The role of entrepreneurs, emerging companies and how Guyanese are positioning themselves to benefit from the growing opportunities in the country will continue to be of significant importance. The Energy Guyana team is excited to be playing a role in this regard and Sagacity Inc. is thrilled to be associated with this project.”

The e-magazine version of Energy is available to readers anywhere in the world with internet access at http://www.energyupdate.gy, or click on the cover below: 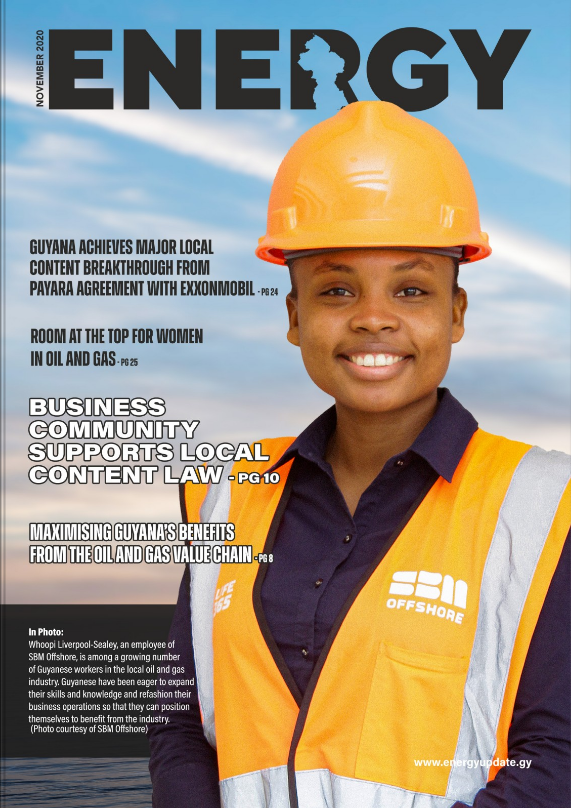