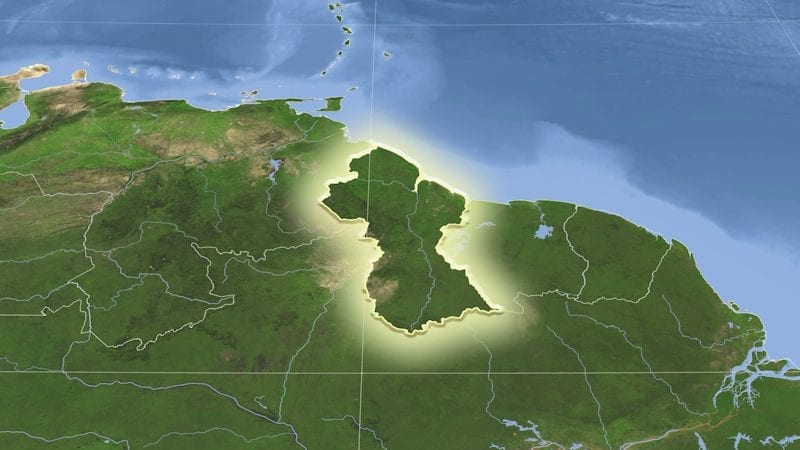 Ivelaw Lloyd Griffith, former Vice Chancellor of the University of Guyana and Senior Associate with the Center for Strategic...
Read more

The expanding oil and gas operations in Guyana will have a significant impact on other industries in the country,...
Read more

Canada-based oil and gas company Touchstone Exploration Inc. said on Monday the completion of flowback testing of the Cascadura...
Read more
OilNOW
OilNow is an online-based Information and Resource Centre which serves to complement the work of all stakeholders in the oil and gas sector in Guyana.

In its most recent oil industry report, the IEA said, “Low prices threaten the stability of an industry that will remain central to the functioning of the global economy… Global capital expenditure by exploration and production companies in 2020 is forecast to drop by about 32% versus 2019 to $335 billion, the lowest level for 13 years.” It also noted that this reduction of financial resources also undermines the oil industry’s ability to develop some of the technologies needed to transition to cleaner energy around the world.

“There is clearly a long way to go before we can put the COVID-19 crisis behind us. However, we are encouraged by the solidarity shown by policy makers from producing and consuming countries working together to meet this historic challenge of bringing stability to the oil market,” the IEA said.

ExxonMobil, operator of the Stabroek Block offshore Guyana extracted the first barrel of oil from the giant Liza Field in December 2019, just over four short years since the 2015 Liza 1 discovery which placed the tiny South American country on the hydrocarbon map.

Now, at a time when Guyana is seemingly on a path to prosperity with staggering growth projections, the dual crisis of low oil prices and the novel coronavirus coupled with political instability, could not have come at a worse time for the country.

A number of E&P corporations and service companies, including ExxonMobil and others with operations in Guyana, have announced reductions in capital spending as a result of the oil price crises and pandemic.

Experts have shared a number of views as to how these challenges could affect Guyana and countries like it.

Following general elections held on March 2, the process leading to the eventual declaration of results was deemed non-transparent by a number of local, regional and international observer groups. This triggered a number of court actions which eventually led to a decision that there should be a recount of the votes cast. The modalities of this recount have been finalized and preparations are underway for the process to begin.

“In a coronavirus-free world the current political turmoil [in Guyana] would have resulted in a 3 to 6-month delay in Final Investment Decision. However, now we believe that FID would mostly slip into Q3, Q4 given price uncertainty,” Schreiner Parker, Rystad Energy’s Vice President for Latin America and the Caribbean said in a comment to OilNOW. He said too that the prospect of FID happening in Guyana before Q3 under the prevailing international market realities and local political climate is not very realistic.

While ExxonMobil had announced that it was scaling back on spending this year by $10 billion as a result of the industry downturn, it assured that output from the Stabroek Block’s Liza 1 project has not been affected. Liza 1 has a production capacity of 120,000 boe/d and a break-even cost of $37/bbl.

The already sanctioned Liza Phase 2 Development is expected to produce 220,000 boe/d with start-up by the middle of 2022. Parker said the FIDs for the third and fourth Stabroek developments are expected to be delayed due to the current circumstances.

Guyanese economist Bobby Gossai Jr. believes that the producers of Guyana’s crude will be looking towards the Brent futures market in May and June to have some level of stabilisation around US$20 per barrel. This, he said, is to ensure that profitability is good for long-term production and expansion.

He said that it will take at least two consecutive growth periods for the oil markets to bounce back to a state where countries like Guyana – new oil economies in the region – are able to increase their capital expenditure.

“However, as a new oil producer and exporter on the dated-Brent, Guyana will have to ensure that the futures of trading are mitigated by the options market. The government, operators and traders must explore the best set of possibilities for the future of the oil trading market,” said Gossai Jr.

Energy expert, author and consultant, Robert McNally hold the view that extreme price volatility, which is a  is a key feature of the oil industry, can have a major impact on the Government of Guyana’s ability to plan ahead effectively on how it invests oil revenues.

He said that the revenue Guyana receives from development of its multi-billion-barrel oil resources offshore will be ultimately determined by price stability in the oil market.

“Oil as a commodity is prone to wild price swings because of the nature of supply and demand. On the demand side it’s a must-have commodity…and on the supply side; once you start that field, governments and operators don’t want to shut down, even if the price falls very low,” McNally said.

Guyana’s Department of Energy Director Dr Mark Bynoe has said Guyana’s next one-million-barrel shipment of crude from the Liza field, expected in May, is likely to attract earnings below the US$55 million earned for the first shipment which departed in February.

Nevertheless, Guyana’s production operations are continuing at a time when costly shut-ins are occurring around the world, bringing projects to a standstill. The South American nation will still continue to earn revenue, albeit reduced, and businesses supporting the oil and gas industry in the country will still be able to continue operations. It is on this basis that the economy will continue to grow at a projected 52.8% (down from 86%) making it the only country in the Americas where positive growth is expected this year.

The expanding oil and gas operations in Guyana will have a significant impact on other industries in the country,...
Read more
News

Ivelaw Lloyd Griffith, former Vice Chancellor of the University of Guyana and Senior Associate with the Center for Strategic and International Studies says a...
Read more
News

(Reuters) -Uganda, Tanzania and oil firms Total and CNOOC on Sunday signed agreements that will kickstart the construction of a $3.5 billion crude pipeline...
Read more
Exploration

The University of Guyana (UG) on Saturday launched its Zoom Rooms project which it says lays down the first building blocks for its blended-learning...
Read more

The expanding oil and gas operations in Guyana will have a significant impact on other industries in the country, according to the Canada-Guyana Chamber...
Read more

Ivelaw Lloyd Griffith, former Vice Chancellor of the University of Guyana and Senior Associate with the Center for Strategic and International Studies says a...
Read more

(Reuters) -Uganda, Tanzania and oil firms Total and CNOOC on Sunday signed agreements that will kickstart the construction of a $3.5 billion crude pipeline...
Read more

Canada-based oil and gas company Touchstone Exploration Inc. said on Monday the completion of flowback testing of the Cascadura Deep-1 well in Trinidad and...
Read more