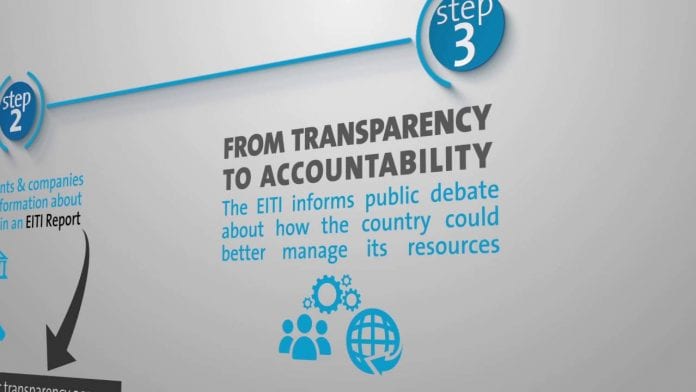 Guyana’s first Extractive Industries Transparency Initiative (EITI) Annual Report has been successfully submitted to the International Secretariat on the submission deadline of April 25, 2019; a milestone in Guyana’s march to becoming a fully compliant member of the Norway-based transparency body.

The EITI is a body comprising government, industry and civil society and meant to foster transparency and accountability in the management of extractive industries such as oil and gas, mining and forestry, among others.

Sources at the Guyana EITI Secretariat located within the Ministry of Natural Resources confirmed that the submission was made and that the report is to be made available for the public’s perusal. The Secretariat is to host a press conference soon to speak of the submission, the work that went into it and what it now means for Guyana and its extractive industries.

The submission marks an important milestone of a process that started more than two years ago, with the establishment of the local EITI Secretariat and the Multi-stakeholder Group (MSG) in February 2017. The Minister of Natural Resources was appointed as the EITI Champion in Guyana.

Prior to the submission being made, the MSG had to approve of the Guyana EITI report.  In addition, the International Assessor signed off on it.

Guyana became an EITI candidate country after the EITI International Secretariat accepted Guyana’s application in October 2017. The application had been submitted in August 2017.

Now that the report has been submitted, there will be countrywide outreaches to generate discussion and debate around the content of the report. The report will then be validated by an independent validating entity.

“Validation is an essential feature of the EITI process. It serves to assess performance and promote dialogue and learning at the country level, and safeguards the integrity of the EITI by holding implementing countries to the same global standard. It is intended to provide all stakeholders with an impartial assessment of whether EITI implementation in a country is in line with the provisions of the EITI Standard,” EITI states.

Validation is expected to commence within two and a half years of a country becoming a member of EITI.

As part of this process, some nine oil and gas entities and 25 mining entities were required to submit reporting templates to the GYEITI Secretariat. Additionally, six Government agencies: the Guyana Revenue Authority, Guyana Geology and Mines Commission, Guyana Gold Board, Environmental Protection Agency, National Insurance Scheme and Ministry of Finance, were also required to submit reporting templates based on the payments they received from the extractive companies.

Beneficial owners of oil companies to be listed in public registry

IDB willing to fund creation of “proper institutions” in Guyana for...