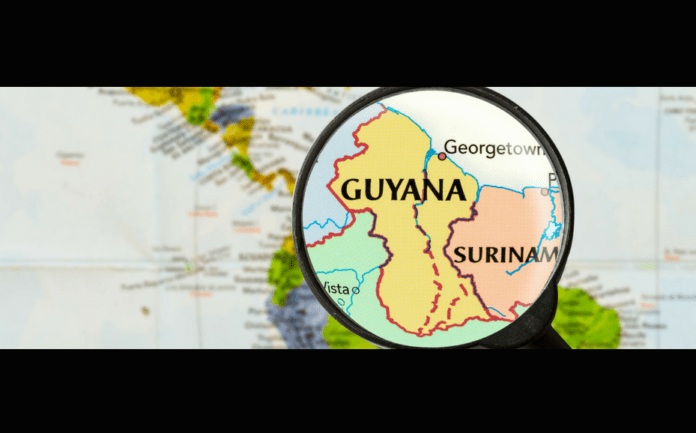 The South American country of Guyana is on the radar of every major oil company in the world now that a total of 14 discoveries have been made offshore in just four years and it has been proven that a working petroleum system exists outside the prolific Stabroek Block with the recently announced discovery at Jethro-Lobe.

“Guyana is on the radar of every major and big oil company in the world trying to find their way in,” Gil Holzman, Chief Executive Officer and Co-founder of Eco (Atlantic) Oil and Gas – junior partner in the Orinduik Block, said in a recent podcast. “We’ve seen Qatar Petroleum coming just two weeks ago with Total into the Kanuku and Orinduik Blocks and I can tell you for a fact there are many additional big companies that would like to have a skin in the game…”

Holzman said every discovery made by US oil major ExxonMobil, the first company to find oil off the country’s coast, and now by the Orinduik explorers, “puts Guyana and its very prospective oil play on the screens of all the big major companies.”

Tullow is the operator at the Orinduik Block with a 60 percent stake while Total has 25 percent and Eco Atlantic Oil and Gas has 15 percent.

When asked how he envisages Eco Atlantic being part of the action in the Guyana basin, Holzman said the oil junior is in it for the long haul.

“We are part of the action. We originated the application for the block…partnered with Tullow, a long-term partner, we really like working with them. As I said, we have plans for next year…appraisal wells, development wells, additional exploration wells. But we’ll see. We are a public company in the public domain and in the public eyes and now on the radar of many additional investors and big oil companies. We’ll see how this unfolds,” he stated.

Guyana Production could be Fast-tracked

The CEO said from what he has heard so far from Tullow, production in the South American country could be fast-tracked.

“According to what we hear from the initial estimates from the Tullow team; production could be very easy there, quite fast-tracked if decided so,” Holzman said.

ExxonMobil’s move from discovery to development at the Stabroek Block – just five years – has already been cited by analysts as a ramp-up faster than anything ever achieved in the industry.

The Orinduik co-venturers increased their estimated recoverable reserves to 4 billion barrels of oil equivalent on March 18. The estimate is based on data gathered, including that obtained at the Latuk Lead on the Orinduik Block which the company says bears great similarities to Exxon’s Hammerhead discovery and shares many of the same channel characteristics.

“It’s harder to earn money when prices are low and margins...

No decision yet on who will market Guyana’s oil – Trotman