OilNOWLatest News and Information from the Oil and Gas sector in Guyana
More
FeaturedNews
Updated: August 10, 2020 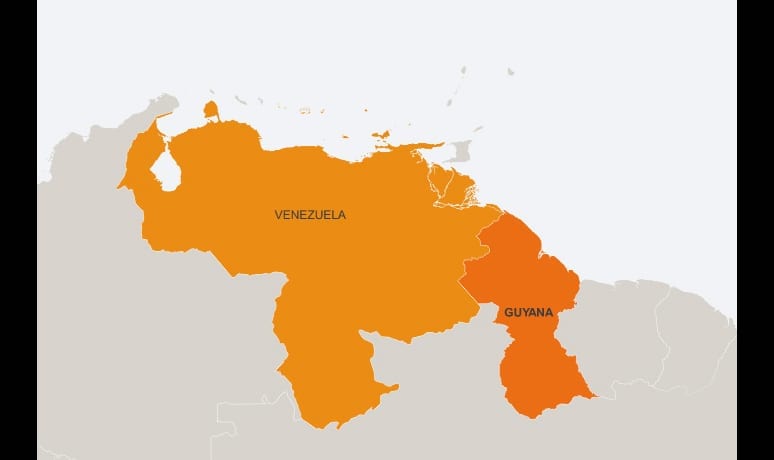 President of Guyana Dr. Mohamed Irfaan Ali has committed to safeguarding the sovereignty of the South American oil producing country, noting that all Guyanese stand united on the issue of the integrity of the country’s borders.

Speaking at his inauguration on Saturday, President Ali said that for his government, “there will be no policy more sacred than that relating to our borders.”

“As Guyanese, all of us stood with the previous administration in defence of Guyana’s patrimony. For us, Guyana’s territorial integrity is never a matter for domestic division; it is always a matter for national cohesion,” the president said.

He noted that it was the PPP/C Government that secured Guyana’s maritime border with Suriname under the United Nations Convention on the Law of the Sea in 2007.

“We settled that border [controversy] which has already opened the doors to offshore oil and gas development for both countries. In this connection, I especially welcome to this inaugural ceremony, my brother Chan Santokhi, the President of our closest neighbour – the Republic of Suriname. I look forward to working closely with him in the interests of our two peoples and the peoples of the wider Caribbean Community,” Ali said, with reference to the Surinamese President who visited Guyana for his inauguration.

President Ali said too that it was also a PPP/C Government in 2014 that put an end to the interminable ‘good offices’ dialogue with Venezuela because it had become, for them, a strategy of prolonging contention rather than of seeking solution.

“Therefore, the PPP/C gave full support to the former administration when, as initiated by us, they submitted the Venezuela contention to the International Court of Justice [ICJ]. In doing so, as a united people, Guyanese went to the top of the mountain of peace. We shall not descend,” said President Ali. “The sovereignty of our State, the integrity of our territory – of both land and sea – is a sacred trust. In being faithful to that trust, we shall be loyal to our enduring vision of Guyana as one nation indivisible.”

On Tuesday June 30, 2020 a battery of international lawyers with key support from Sir Shridath Ramphal presented Guyana’s case to the ICJ to show why that august body has jurisdiction to hear the matter of the border controversy with Venezuela.

Guyana had on March 29, 2018, filed in the Registry of the Court an application instituting proceedings against Venezuela with regard to the controversy concerning the legal validity and binding effect of the award regarding the boundary between the colony of British Guiana  and  the  United States of Venezuela, of October 3, 1899.

Venezuela maintains that the ICJ does not have jurisdiction to hear the case, insisting that it and Guyana should settle the matter bilaterally.

The ICJ determined that it had to resolve first of all the question of its jurisdiction, and that this question should accordingly be separately determined before any proceedings on the merits of the case.

In a message of congratulations to President Ali following his swearing in on August 2, 2020, President of the Bolivarian Republic of Venezuela Nicolas Maduro called for a return to bilateral talks to resolve the border controversy.

The Venezuelan navy in December 2018, intercepted a Bahamas flag-carrying seismic vessel which US oil major ExxonMobil contracted and which was carrying out survey works in the offshore Guyana Basin. At the time the vessel had a total of 70 crew members on board including the Captain. The Venezuelan navy intercepted the vessel in Guyana’s Exclusive Economic Zone and continental shelf. Guyana had rejected the act, describing it as illegal, aggressive and hostile.

ExxonMobil had said, following the incident, that exploration and development drilling remain unaffected in the southeast area of the Stabroek Block, where the bulk of its discoveries have been made.