OilNOWLatest News and Information from the Oil and Gas sector in Guyana
More
Featured
Updated: August 31, 2018 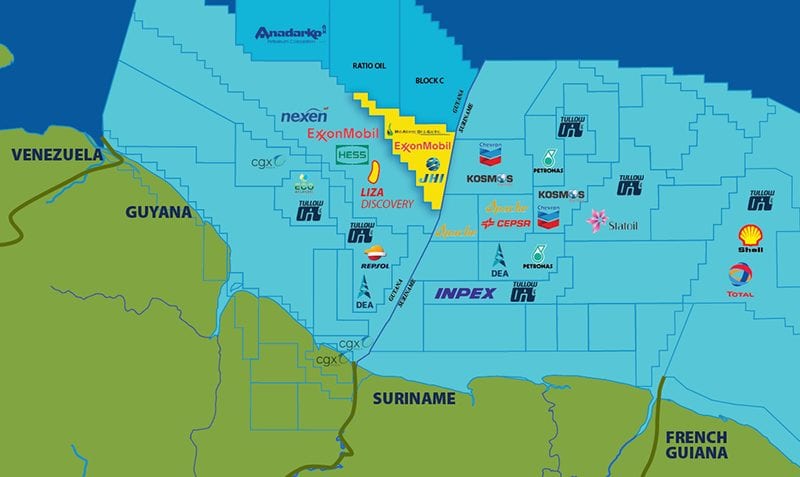 An estimated 13.6 billion barrels of oil and 32 trillion cubic feet of natural gas could lie in the Guyana-Suriname Basin, making it the 2nd most prospective, underexplored offshore oil basins in the world, according to the United States Geological Survey.

Experts have long suspected that the basin may share a similar geology with the West African coast, where thousands of wells form part of numerous exploration and production projects  from Mauritania to Namibia as well as the prolific producers in the Gulf of Guinea, including Nigeria, Angola and now Ghana.

In comparison, around 50 wells have been drilled offshore in the Guyana-Suriname Basin. This is according to JHI Associates; an oil and gas company focused on frontier exploration activities in the region.

The basin is also home to an impressive roster of the leading exploration companies in the world, including super-majors like ExxonMobil and Chevron; National Oil Companies (NOCs) like Repsol and Statoil; and smaller companies with successful track records developing the Atlantic Margin offshore West Africa, including Kosmos Energy and Tullow Oil.

The world class Liza discovery by ExxonMobil in 2015 off the Guyana coast and subsequent finds in the Stabroek Block have served to de-risk the basin and renew optimism in this new frontier. To date, ExxonMobil’s discoveries in Guyana amount to more than 3.2 billion oil-equivalent barrels, with the first production phase set for mid-2020.

Other companies are now ramping up exploration activities offshore Guyana, such as Eco Atlantic, which recently conducted a 2,550 km2 seismic survey on the Orinduik Block, in partnership with Tullow Oil. CGX Energy has also signaled its intent to get back in the game.

Meanwhile in Suriname, Tullow has contracted US-driller Noble Corporation for an exploration well on its Araku prospect offshore.

From all indications, the Guyana-Suriname Basin seems set to become the next hot-spot in offshore oil exploration activities.