OilNOWLatest News and Information from the Oil and Gas sector in Guyana
More
FeaturedNews
Updated: June 18, 2020

Guyana will attract more investment if border controversy is settled 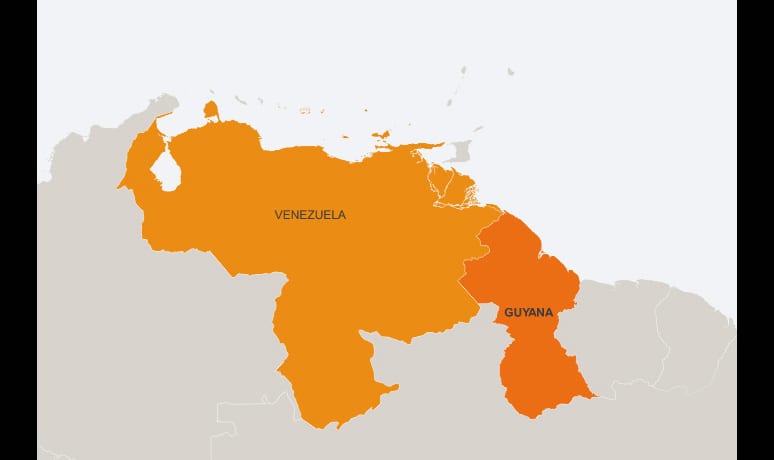 (South Florida Caribbean News) The Guyana/Venezuela Border controversy needs to be resolved soonest so that Guyana can further exploit the resources of its maritime space and landmass which is being claimed by Venezuela.

Ambassador Holloway emphasized the importance of both countries respecting the boundaries as demarcated on the basis of the 1899 Arbitral Award until and unless otherwise adjusted “by a competent Court and in keeping with international law. But he stressed the importance of the resolution of the controversy so that Guyana can attract increased investment in the area.

“Investors both foreign and local need security of their investments. I am not saying that companies have not invested in the area being claimed but much more investments would be made if this controversy is resolved. No company has yet invested in the oil blocks located in the maritime space claimed by Venezuela,” Holloway said.

WIRSPA’s Chairman, Komal Samaroo said the vast resources located in the claimed area which “must be fully exploited to realize the expectations of the Guyanese people”. Pointing to the fertile agriculture land, mineral, timber, oil and gas and other resources in the area, Samaroo said that full exploitation and development of the area has been restrictive due to Venezuela’s claim.

He said the financial resources to be derived from the oil and gas sector are critical to the further development of the various other sectors so as to add value to primary products, install upgraded infrastructure and revamp the nation’s education system.

PSC Chairman Gouveia emphasized the importance of safety and security in border communities in order to business activity to be conducted without fear of criminal activity. While noting that Guyanese and Venezuelans enjoy good “people to people” relations, there is always fear when the border controversy flares up.

With the development of the oil and gas industry, Gouveia said that the country is likely to be targeted by international criminals, drug traffickers and even terrorists. This he said makes security, a really critical issue which would be best addressed if the border controversy is resolved and there is hemispheric collaboration in protecting against international crime.

The Guyana/Venezuela border controversy has been referred to the International Court of Justice (ICJ) by Guyana through the United Nations Secretary General. The ICJ will meet on June 30 to determine whether it falls within its jurisdiction to hear the case. Venezuela is contending that the ICJ does not have such authority.

“The issue in the first instance concerns the standing of a treaty and the obligations of the signatories under international law. Both states voluntarily entered into the Geneva Agreement and both agreed to the role of the United Nations Secretary-General in the event of a disagreement over the resolution of the problem,” said Guyana’s Foreign Secretary Carl Greenidge.

Signed in 1966, the  Agreement to Resolve the Controversy over the Frontier between Venezuela and British Guiana, commonly called the Geneva Agreement, detailed steps for resolution of the border controversy to settle Venezuela’s contention that the “Arbitral Award of 1899 is invalid.