OilNOWLatest News and Information from the Oil and Gas sector in Guyana
More
FeaturedNews
Updated: April 24, 2022 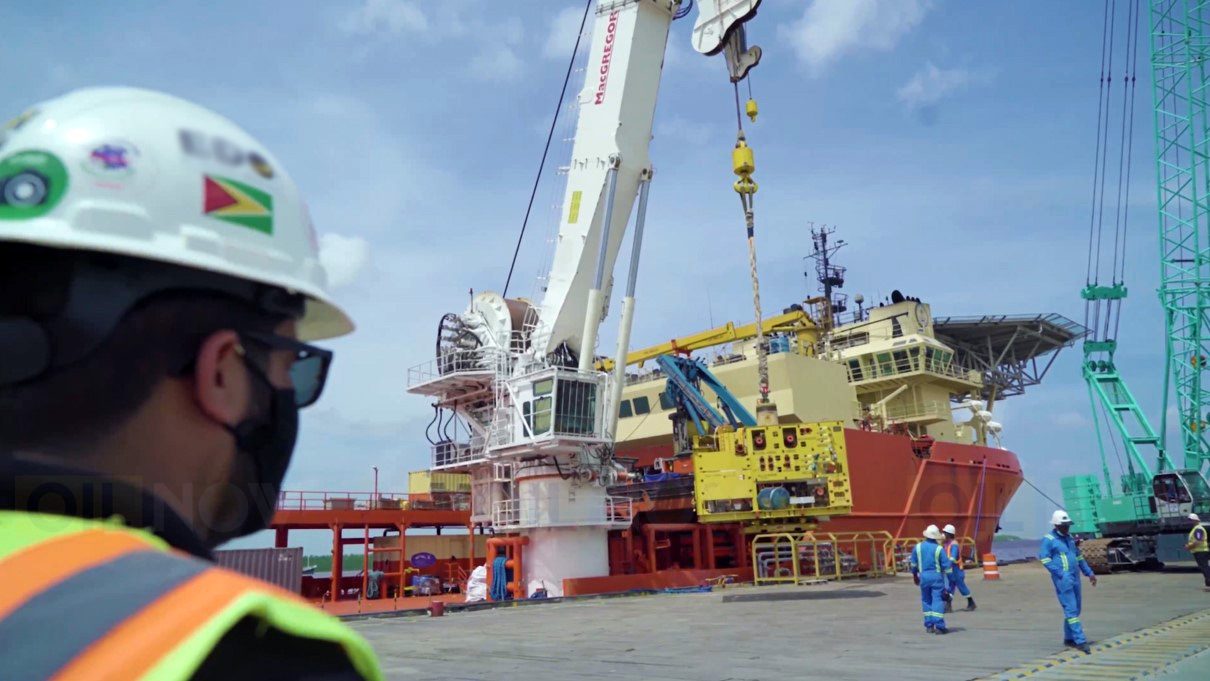 Guyana’s total government revenues were just US$1.4 billion in 2018, but now, with the rapidly expanding oil and gas operations off of its coast, this is estimated at US$50-US$200 billion through 2050.

Hydrocarbon earnings will therefore dwarf all other sources of revenue given the size of Guyana’s small non-oil revenue base. With a small population of just over 750,000 people, Guyana is projected to earn high oil rents per capita in coming years.

ExxonMobil has made over 25 commercial discoveries in Guyana since 2015, amounting to more than 10 billion barrels of oil equivalent resources. So far, four projects have been approved with two already producing. An application is currently being made for the fifth.

“If all discoveries were to be developed, you`re looking at, in the next 20 years, over $130 billion dollars flowing into Guyana from the production sharing and royalty agreements alone,” Schreiner Parker, Rystad Energy’s Vice President for Latin America and the Caribbean told OilNOW. “Now, of course that can increase significantly with more finds that will certainly be developed, so it’s an incredible bonanza that this country has been blessed with.”

But along with this unprecedented windfall comes potential for mishandling of the resources, particularly in a country with weak institutions and a history of endemic corruption.

“Oil wealth does not guarantee high incomes. Angola, Indonesia and Nigeria are all among the world’s top 20 oil producers, but they remain lower-middle-income due in large part to their low-rents per capita,” said Dr. Zainab Usman, a senior fellow, and director of the Africa Programme at the Carnegie Endowment for International Peace in Washington, D.C. “Secondly, attaining high-income status from natural resources wealth does not always translate into improved human development outcomes.”

The expert in economic policy, energy policy, and emerging economies in Africa asserted that Guyana is positioned to produce a lot of oil and earn a lot of revenue for each of its citizens. She said the country currently produces the equivalent of roughly 24 barrels per citizen every year. When output gets to 750,000 b/d by 2025, Dr. Usman said this could be the equivalent of 238 barrels per citizen for the year, higher than all of the current top 10 producers.

Meanwhile, Parker, while acknowledging the potential pitfalls the injection of huge sums could have on Guyana, said he is encouraged so far by the steps being taken both by the government and ExxonMobil.

“I think the thing that I have been most encouraged about…is how proactive the government has been in understanding their responsibility to the people of Guyana to make sure that this wealth benefits them and not just some of the people maybe sitting at the top,” he said. “It’s really impressive to see how much emphasis has been put on that, by not only the government but also Exxon and other external actors so I think Guyana will be the test case in the 21st century to understand how resource development moves forward, and all signs are pointing in the right direction.”