OilNOWLatest News and Information from the Oil and Gas sector in Guyana
More
FeaturedNewsRegional
Updated: February 7, 2020 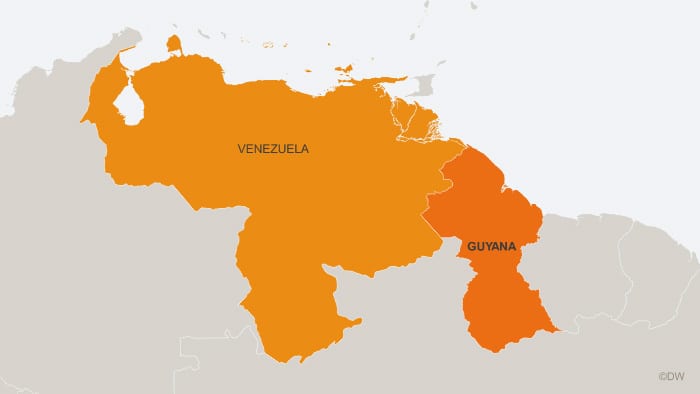 The International Court of Justice (ICJ), the principal judicial organ of the United Nations, said Thursday it will hold public hearings in the case concerning the Arbitral Award of October 3, 1899 (Guyana v. Venezuela), from Monday 23 to Friday 27 March 2020, at the Peace Palace in The Hague, the seat of the Court.

The hearings will give the Parties to the case the possibility to address the question of the jurisdiction of the Court.

Venezuela has maintained that the ICJ has no jurisdiction to hear the case involving its claim over territory that was settled in an Award Regarding the Boundary between the Colony of British Guiana and the United States of Venezuela, of October 3, 1899. Guyana is asking the ICJ to “to confirm the legal validity and binding effect” of this award.

Guyana had submitted its Memorial on Jurisdiction to the ICJ on November 19, 2018. Guyana’s Memorial shows there is no foundation to Venezuela’s contention that the means of settlement listed in Article 33 of the UN Charter must be selected by the Secretary-General successively, such that the means listed ahead of judicial settlement have to be exhausted before recourse to the Court can be chosen.  Nothing in the text of Article IV of the Geneva Agreement, which provides a menu of options, not a predetermined sequence, supports Venezuela’s interpretation.  Nor is Venezuela correct in arguing that, as it has recently asserted, the controversy must be resolved exclusively by friendly negotiations, a claim that is belied by the express terms of the Geneva Agreement and contemporaneous statements by the parties during its negotiation and ratification.

Efforts over more than half-a-century, including a four-year Mixed Commission (1966-1970), a twelve-year moratorium (1970-1982), a seven-year process of consultations on a means of settlement (1983-1990), and a twenty-seven-year Good Offices Process under the UN Secretary-General’s authority (1990-2017), all failed to end the controversy.  On January 30, 2018, United Nations Secretary-General António Guterres, acting under the authority bestowed upon him by the Geneva Agreement, chose adjudication by the Court as the means for resolving the controversy with finality.  Guyana commenced proceedings before the Court on March 29, 2018 in accordance with the Secretary-General’s decision.

The Caribbean Community said last year in a Communique coming out of the 40th Regular Meeting of the Conference of Heads of Government that it remains committed to supporting Guyana in the country’s efforts to preserve its sovereignty in face of a border claim being made by Venezuela.

CARICOM Heads of Government noted Guyana’s request for the International Court of Justice to proceed to the oral hearings on Jurisdiction in light of Venezuela’s failure to submit its Counter Memorial on April 18, 2019, in accordance with the time limit fixed by the Court.

Heads of Government expressed support for the judicial process underway which is intended to bring a peaceful and definitive end to the long-standing controversy between the two countries.

The border controversy between the two countries intensified after US oil major ExxonMobil discovered large quantities of oil off the Guyana coast back in 2015. The English-speaking South American country began producing oil in December last year and exploration and development activities continues offshore.