OilNOWLatest News and Information from the Oil and Gas sector in Guyana
More
FeaturedNewsRegional
Updated: January 4, 2019 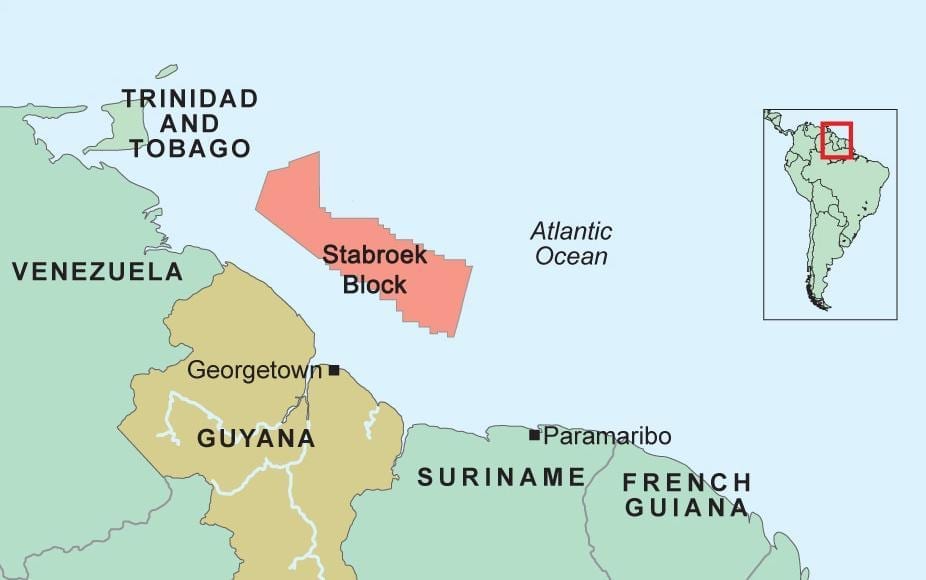 Guyana’s Foreign Minister, Carl Greenidge, said on Thursday that the oil-rich South American country has no intention of slowing down offshore exploration and development activities and reiterated that companies operating in the Stabroek Block will continue to execute their work programmes.

“Guyana has informed Venezuela that it will not be intimidated by the heightened hostility by that country as we continue to pursue our economic development agenda,” Mr. Greenidge said in a strongly-worded statement.

On Saturday, December 22, vessels under contract with ExxonMobil affiliate Esso Exploration and Production Guyana Ltd. were intercepted by the Venezuelan navy in the western portion of the 6.6 million acres Stabroek Block.

“A reckless attempt was made by the Venezuelans to land a helicopter on the deck of one of them, the Ramform Tethys. That vessel was flagged by the Government of the Commonwealth of the Bahamas and had a total of seventy crew members on board including the Captain,” the Guyanese Foreign Minister said.

The vessel, he stated, was intercepted in the Exclusive Economic Zone and continental shelf of Guyana at an approximate distance of 140 kilometres from the nearest point to the provisional equidistant line with Venezuela and some 250 kilometres from Punta Playa, the westernmost point on the land border of Guyana.

Mr. Greenidge said more than two weeks before the interception by the Venezuelan navy, a notice was put out by Guyanese authorities advising of the imminent survey operations in that portion of the Stabroek Block.

“Rather than speak to us, Venezuelan authorities waited, tried to seize the vessel and then sent us a Note Verbale dated 20th December. It apparently had taken until 22nd December to move electronically or physically from their MoFA (Ministry of Foreign Affairs), Miaflores Palace, in Caracas to our Embassy in Caracas. Of course there is a Venezuelan Embassy in Georgetown,” he stated.

The Foreign Minister assured that “Guyana’s response has been to defend its sovereignty and sovereign rights firmly, consistently, peacefully and fully in accordance with international law.”

On December 23, the Government of Venezuela issued a Communique asserting that the incident took place in the same area identified by Guyana but alleging that the position was ‘within the Orinoco River Delta maritime waters over which Venezuela has unquestionable sovereignty’. “May I stress therefore that Guyana is aware of no incident occurring in the Orinoco Delta or its projection, much less an incident involving vessels having permission from the Guyana authorities to undertake seismic surveys there,” Mr. Greenidge sated.

He said this move by Venezuela is intended to capture public sympathy in Latin America in particular, by recasting the issue “as involving a Guyana-inspired ExxonMobil intrusion into the Orinoco Delta…Using this new language Venezuela is seeking to confuse the public and gain sympathy for an outrageous case.”

Guyana, he said, maintains sovereign rights over the Stabroek Block, which is an area located in the country’s Exclusive Economic Zone. “Companies with concessions licensed by the Government of Guyana in this area will continue to implement their scheduled programmes of activity.”

Mr. Greenidge said Guyana has reiterated its invitation to Venezuela to pursue a peaceful, just and final resolution of the controversy by participating in the proceedings before the International Court of Justice.

On December 26, ExxonMobil Guyana said in a statement that drilling and development operations in the Stabroek Block were unaffected by the Venezuelan navy incident.

So far, more than 5 billion barrels of recoverable crude have been discovered offshore Guyana by the US oil major in partnership with Hess and China’s CNOOC. The company estimates that by 2025, production could hit 750,000 barrels per day, making the country a significant producer in Latin America.