OilNOWLatest News and Information from the Oil and Gas sector in Guyana
More
ExplorationFeaturedNews
Updated: August 16, 2019 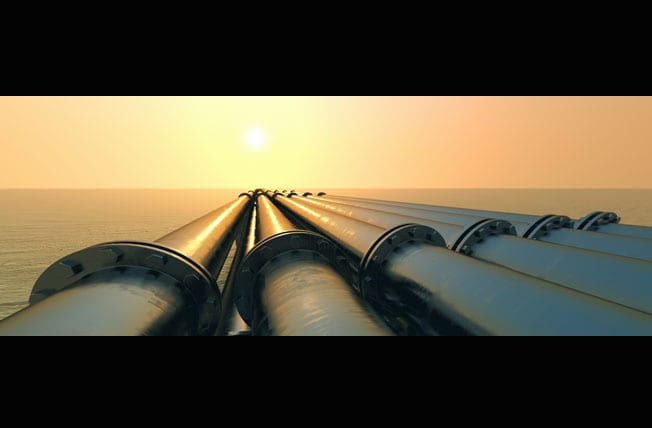 Efforts to re-balance the oil market could be in vain after the International Energy Agency (IEA) cut its oil demand growth forecasts for both 2019 and 2020 and pointed to strong non-OPEC supply driven by the US, Norway and Brazil. Newcomer to the oil and gas industry, Guyana, has also been cited as a key source of supply according to an article published by S&P Global Platts.

The IEA lowered oil demand growth for 2019 by 100,000 b/d to 1.1 million b/d and trimmed 2020 demand growth to 1.3 million b/d amid concerns around a weakening global economy and greater uncertainty over the US-China trade dispute.

“The outlook is fragile with a greater likelihood of a downward revision than an upward one,” it noted.

The IEA said the January to May period of this year registered the lowest demand rise for those months since 2008, adding that while Chinese oil demand was revised upwards, there was weakness in India and the US.

The IEA highlighted that while global oil supply in July fell below year earlier levels for the first time since November 2017, it remained above 100 million b/d.

OPEC and its allies have been determined in trying to bring the market back into balance with OPEC oil production falling by 2 million b/d compared with July 2018 led by Saudi Arabia.

“In a clear sign of its determination to support market re-balancing, Saudi Arabia’s production was 0.7 million b/d lower than the level allowed by the output agreement. If the July level of OPEC crude oil production at 29.7 million b/d is maintained through 2019, the implied stock draw in H2 2019 is 0.7 million b/d, helped also by a slower rate of non-OPEC production growth,” the IEA said.

“Although the third quarter has begun from a position of relatively abundant supply, continued restraint from OPEC and non-OPEC members of the OPEC+ pact could see global inventories draining by a significant amount,” the agency added.

OPEC and its allies have agreed to cut production by 1.2 million b/d through to the end of the first quarter of 2020 amid strong compliance.

However, the IEA was also quick to point out it would be a “temporary phenomenon” because of very strong non-OPEC production growth next year and that the oil market will be well supplied. The agency indicated non-OPEC supply was up 1.4 million b/d year on year in July and is set to grow by 1.9 million b/d in 2019 and 2.2 million b/d next year.

It’s bleak reading for OPEC, with the IEA highlighting a potential oil market glut in early 2020 when the call on OPEC crude oil plunges to 28.4 million b/d.

OPEC has been unsettled by oil prices dropping $10/b in the past couple of weeks and are eyeing a response to falling prices at the next meeting of the group’s top-level monitoring committee in September. The group’s options are limited, and it appears it would need to find a way to remove another 1.3 million b/d on top next year.

Rystad Energy has also scaled back its bullish view for the first part of 2020 linked to the new IMO shipping fuel regulations. “We a see clear downside risk to 2020 prices due to excessive supply growth. We still believe the market does not recognize the positive effect on crude demand that IMO 2020 will bring. However, if the IMO effect on crude demand is less than expected, OPEC intervention may be needed as early as the first quarter of 2020 to avoid imbalances in the oil market,” said Bjørnar Tonhaugen, head of oil market analysis at Rystad Energy.

S&P Global Platts Analytics currently sees global demand growth this year at 1.19 million b/d and is confident that support from central banks and the impact of the IMO’s tougher specifications on marine fuels will stave off any significant collapse in demand.

Looking at the sources of non-OPEC crude, the IEA said US supply growth has been “lacklustre” but will be the largest driver, contributing 1.7 million b/d in 2019 and 1.3 million b/d in 2020.

Part of the acceleration next year stems from Johann Sverdrup in the North Sea which is set to see first oil in November and could add 440,000 b/d in the first six months of production. Brazil and Guyana will also be key sources of supply.

While Brazil’s production growth has failed to live up to expectations, the IEA expects 360,000 b/d to be added in 2020 due to gains at the Buzios and Lula fields and start-ups of the Berbigao and Atapu fields.

OECD commercial stocks rose by a “significant” 31.8 million barrels in June to 2.96 billion barrels above the five-year average, according to the IEA.

This is the third increase in a row for a barometer which OPEC uses to assess its market balancing efforts. The IEA noted preliminary data for July showed stocks falling in the US and rising in Japan.

Meanwhile, the IEA revealed floating storage of crude oil increased by 31.9 million barrels to 55.9 million barrels — the highest since August 2017 — as sanctions-hit Iran holds oil on tankers given limited options for buyers.