OilNOWLatest News and Information from the Oil and Gas sector in Guyana
More
FeaturedNews
Updated: December 14, 2021 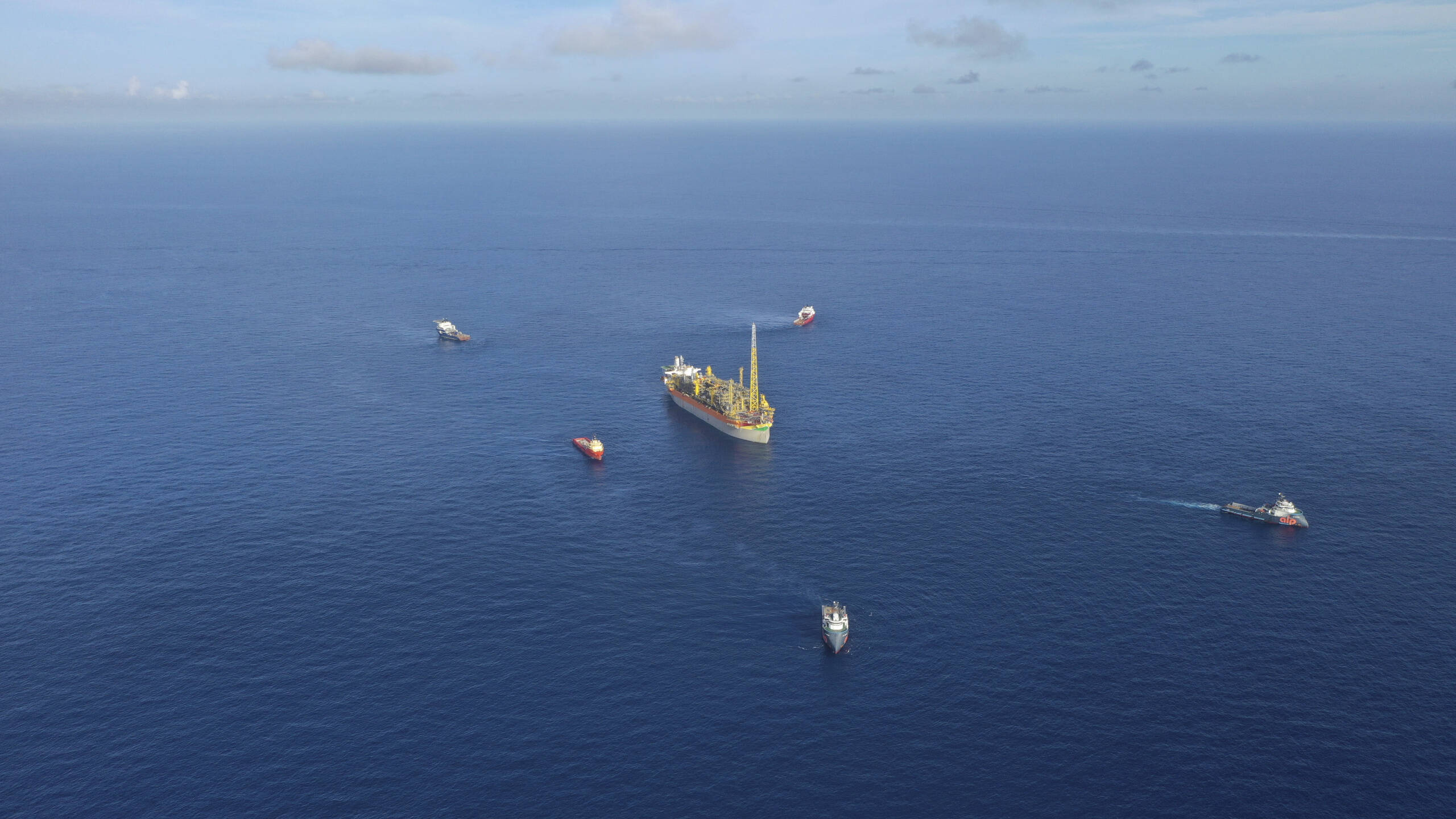 The Guyana-Suriname basin is the most appealing frontier market opportunity in the world since it features light to medium sweet crude which has low emissions, highly competitive breakevens and offers exploration companies some of the most competitive terms. An analyst at Americas Market Intelligence (AMI) says the volume of gas discovered so far is larger than previously believed and has the potential to catapult Guyana to becoming a major regional export hub.

Co-Director of Energy Practice at Americas Market Intelligence (AMI), Arthur Deakin made the foregoing remarks during his presentation at AMI’s recent webinar that focused on Guyana and Suriname. On the programme titled: Guyana & Suriname: Developing a Low Carbon Strategy in Emerging Oil Markets, Deakin spoke extensively about the attractive characteristics both nations have.

He said, “So the Guyana-Suriname basin is the most appealing frontier market opportunity in the world. And I want to highlight why this opportunity is so appealing. I think first, is the sheer size of the resources found in the Guyana-Suriname basin. In the Stabroek Block, which is the most advanced oil field in Guyana, the consortium is made of made up of ExxonMobil, Hess, and CNOOC. They have found 10 billion barrels of recoverable oil.”

Deakin added, “The total projected reserves are estimated to be double that and around 20 percent of which will be gas. But we’ve even heard from our sources that the actual amount of gas is likely to be much more than what has been revealed so far, so honestly, I think that the gas is going to be a tremendous monetization opportunity in Guyana, and we see it becoming a gas exporting hub for CARICOM.”

In Suriname, Deakin noted that the country is a bit behind in terms of development. He reminded that there have been five commercial discoveries with an estimated recoverable oil of two billion barrels while adding that estimates by Morgan Stanley, a major US multinational investment bank, puts this amount to be as high as 6.5 billion barrels with first oil expected by late 2025.

Apart from the size of the resources in the two countries, Deakin said it is crucial to note that both offer relatively low breakeven costs when compared to global and regional peers. In this regard, it was noted that the price of producing oil in Guyana has an estimated break-even cost of US$35 dollars per barrel of oil. He said the Liza Two well which is expected to start producing in 2022 is expected to be even lower at US$25 per barrel. Deakin said this is cheaper than onshore Middle East resources, “so in general, this is very appealing.”

Further to this, the AMI Analyst said the reservoirs in the Stabroek Block are also relatively shallow at less than 1500 meters and they have no salt which means wells can be drilled faster and usually much cheaper than typical offshore exploration projects.

For Suriname, he said the latest estimates are a bit different since it is still about four years away from first oil. Be that as it may, preliminary breakeven prices are pegged at US$40 per barrel of oil. While this may appear a bit high when compared to Guyana, Deakin said it is still extremely competitive while noting that as productivity increases and Suriname uses some of its neighbors developing infrastructure to reduce costs, its break-even price is likely to drop by US$5 to US$10.

Deakin said it is also important to note that costs are low in both countries because they have relatively favorable Production Sharing Agreements in terms of royalties and taxes. He cautioned that these might become more stringent in the future as both nations develop their industries and regulatory frameworks.

Another key trait he pointed to is the type of crude in the Guyana-Suriname Basin. In this respect, Deakin outlined that both countries have light to medium sweet crude which emits lower greenhouse gas emissions during both the extraction and the refining process. With the world trying to reach net-zero by 2050 combined with requirements by the International Maritime Organization for lower sulfur fuels, Deakin said this type of crude will be in high demand.

“So basically, these countries have extremely profitable and less dirty fuel. It’s a perfect combo,” the Co-Director of Energy Practice expressed.