OilNOWLatest News and Information from the Oil and Gas sector in Guyana
More
FeaturedNews
Updated: September 15, 2022 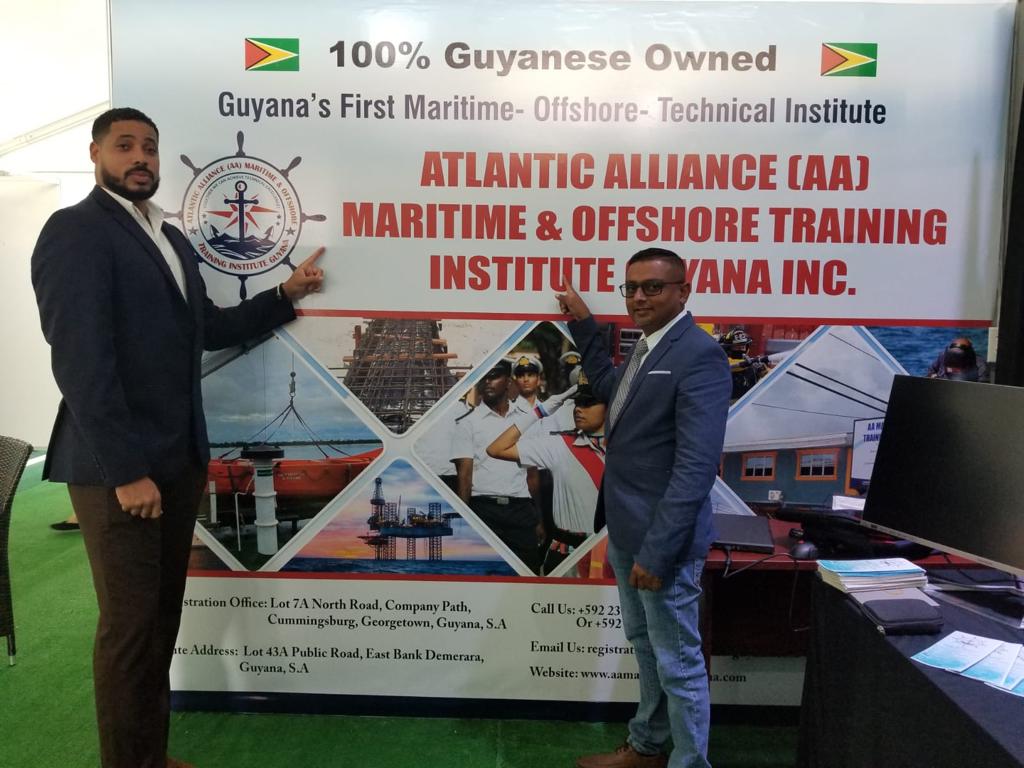 The wholly-Guyanese-owned Atlantic Alliance (AA) Maritime and Offshore Training Institute Guyana is well on its way to launching the country’s second OPITO-approved facility to offer internationally accredited training to locals.

AA officially opened its doors in March this year at North Road in Georgetown, in response to the government’s call for highly trained Guyanese for its blooming oil sector. And according to its Managing Director, Asif Hamid, the institution has already churned out over 100 students.

He explained that AA’s core is to provide unique training programmes which focus on teaching practical skills to both local and international students through a blended approach. It includes courses on Dynamic Position Training, Simulator courses, Maritime Training (STCW), Deck and Engine Officer courses and Maritime Technical Training. The courses and programmes offered are accredited by the Maritime Association of Jamaica (MAJ) and the Maritime Administration Department (MARAD) of Guyana, he continued.

But new on AA’s agenda is the OPITO certification – a common requirement for thousands of global offshore workers whose employers require a shared knowledge of safe working practices benchmarked against the same industry standard.

And by the end of October, AA’s US$5 million training facility at Friendship, East Bank Demerara will be up and running, able to offer Basic Offshore Safety Induction and Emergency Training (BOSIET), Tropical BOSIET, the Helicopter Underwater Escape Training (HUET) and firefighting emergency response training.

AA will also be introducing its Marine Cadet Course as well, according to its Director, Captain Christopher Murray. This includes training that also covers all marine engineering workshop skills elements, including the use and care of hand tools, measuring equipment and drilling machines among others.

AA would be the first ever to offer the Marine Cadet Course in Guyana. And the development of the institute takes away the burden of studying in another country from Guyanese desirous of playing a meaningful role in the country’s oil and gas sector.

The only other facility that offers OPITO-certified training so far in Guyana is 3T EnerMech’s massive OPITO Training Centre of Excellence at Lusignan, East Coast Demerara which was recently opened at the start of the month.