OilNOWLatest News and Information from the Oil and Gas sector in Guyana
More
FeaturedNews
Updated: August 29, 2021 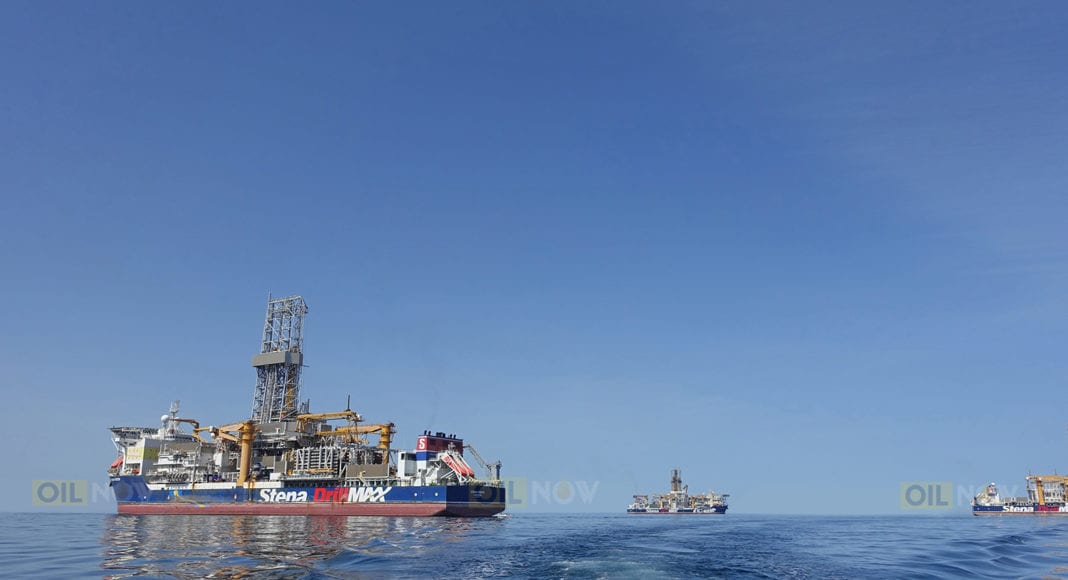 Rigs are on the hunt for commercial crude at three blocks offshore Guyana, all at the same time. Drill campaigns are underway at the Stabroek, Canje and Corentyne blocks in what is now the busiest period the offshore basin has seen since oil was first discovered in 2015.

At the Stabroek block, the largest and usually busiest acreage, a major line-up of prospects is being targeted by operator ExxonMobil and co-venturers Hess and CNOOC.

In the adjacent Canje block where ExxonMobil is also the operator, exploration drilling is underway at the Sapote-1 prospect located approximately 126 nautical miles (233.4 kilometres) from the coast covering an area of 0.29 square nautical miles. Sapote will be the third well to be drilled on the Canje block this year and follows Bulletwood and Jabillo which both failed to encounter commercial volumes of hydrocarbons.

So far, 22 commercial discoveries have been made at the Stabroek block amounting to more than 9 billion barrels of oil equivalent resources. It is expected that this estimate will be revised upwards this year as more volumes are being discovered on the block.

Outside of the Stabroek block six discoveries were made, but these have been a combination of heavy oil and non-commercial strikes so far. Commercial discoveries at the Canje and Corentyne blocks will prove that massive reservoirs are not restricted to the prolific Stabroek license and will further derisk the oil-rich Guyana basin.