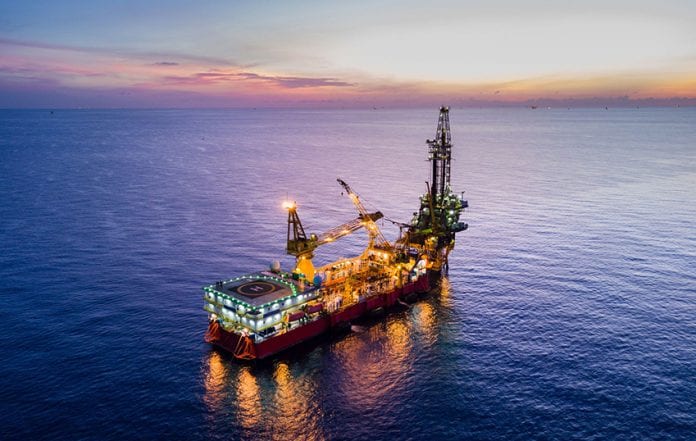 (Hart Energy) At night from space it’s easy to see why Africa is called the “Dark Continent,” but bright oil and gas lights are starting to flicker in West Africa, reflecting huge hydrocarbon potential that could still play an important role illuminating the world of tomorrow.

Africa is still a frontier terrain and a high-risk, high reward environment, where unpredictability lurks with the volatility of a lion in the savannah.

But unveiling a fresh perspective on Africa is Cath Norman, managing director of FAR Ltd., an Australian company with an experienced exploration team and a wealth of intellectual capital delivered from within the bowels of the SNE Field offshore Senegal, the biggest oil discovery of 2014 that won FAR the “Breakthrough Company of the Year” award at the annual African Assembly in London.

“We’ve been in Senegal since 2006 and [have] seen many changes in the country in that time,” Norman said. “We have kept our relationships in country sound and maintained a good reputation throughout that period, largely due to our consistent in-country reputation throughout that period, and we travel there every month to make sure our brand is well-respected and relevant.”

FAR, which holds a 15% stake in the SNE and FAN oil discoveries, is currently in a dispute over preemptive rights following the sale by ConocoPhillips of its 35% stake to Australian independent Woodside for $450 million. The issue has been referred to arbitration, which the joint-venture (JV) partners (Cairn Energy as operator with 40% and Petrosen with 10%) hope will be resolved in first-quarter 2018.

FEED is set for the New Year with a financial investment decision pencilled in for late 2018 for a floating production vessel flowing up to 120,000 bbl/d. Norman said Phase 1 of the project, targeting first oil by 2021, would cost about $2.5 billion.

FAR, which originally picked up, mapped and sited the prospects for the first wells drilled in the country for 40 years, quickly saw its celebrations sober when, one week after announcing the discovery, oil prices crashed from $100 three-year averages to sub-$50/bbl.

Three years on, with Brent having broken through $60 and the JV having successfully drilled 11 wells offshore Senegal—with appraisal drilling yielding better-than-expected flows—things were looking brighter for the SNE Field, which has a contingent resource of 641 MMbbl and a breakeven of $30, according to Cairn.

“The field is enormous, with a footprint of 220 sq miles [570 sq km],” Norman said. “It’s like a huge fried egg with the yolk in the middle, the core, where the gas cap is. So we will develop the core first and then tie back the rest of the white of the egg as we go on in time.

“Phase 1 will be about 400 million barrels; then we will tie in the rest as we go. We would hope to increase those resources and reserves as we drill out farther. But we have really focused on the core to date.”

Norman said stability in Senegal, located on the westernmost tip of Africa, is reflected in the BB+ S&P credit rating of a country, which successfully raised its second government bond last year and is a regional development hub.

“I always joke that I’ve been working all over the place and in Africa for 20 years. And from a political stability and ease-of-doing-business perspective, Senegal is West Africa for beginners. There is a willingness to move forward on our oil project, and because there has been no indigenous oil production for many years, there has been this huge support from the government. There are many challenges for the Senegal government going forward, but we are very hopeful things will be very stable going forward,” Norman said.

FAR has acquired licences in Gambia, just to the south of Senegal, where it has an 80% working interest and operatorship in two blocks on trend with and adjacent to its Senegal blocks and SNE Field.

Woodside has effectively bought the agreement that ConocoPhillips had with Cairn whereby the former would assume operatorship of a deep-water development. While FAR awaits the arbitration ruling next year, the Melbourne-based company is chorusing off a similar hymn sheet to Cairn.

“It’s about where value is for our shareholders. The oil price rout was disappointing in that our share prices have not grown with the success of the appraisal program. Considering the successes we have had with the drillbit, that is frustrating,” Norman said.

Senegal hit another milestone in May when BP, with partner Kosmos Energy, announced that the Yakaar-1 exploration well in the Cayar Offshore Profond Block had discovered gross P-mean gas resources of about 425 Bcm (15 Tcf).

BP and Kosmos have stated that Yakaar-1, in tandem with the Teranga-1 discovery 40 km (25 miles) away, have enough resources to support an LNG hub in the basin from a world-class 1.4-Tcm (50-Tcf) fairway.

“It is amazing when you consider that there was not one deep-water well in Senegal until we drilled. The discovery at SNE was just fantastic for the country, but Senegal has a big challenge ahead in developing the capacity to handle the demands of the future as an oil-producing nation will put upon the country. At present, Senegal is light on people and the skills to manage their pathway forward, so the oil sector is working with the government to develop this human capacity. But the need is immediate,” Norman said.

“Africa is a big continent,” she said. “There’s not much exploration going on in East Africa and not a lot in North Africa at the moment. The traditional heartlands of West Africa, like Nigeria, have issues they’re going through with regulatory changes and tax regimes. Our little area in the MSGB Basin [Mauritania, Senegal, Guinea Bissau] is pretty hot property, and we are starting to see more of the big companies looking for opportunities in the region.

“Our industry has always been likened to the herd mentality. One large discovery means others flood in. Mexico has recently had a licensing round and seen much excitement as a result of this and a coincidental discovery by Premier Oil; Guyana too because of big discoveries by Exxon, especially the Liza Field. There are little pockets of the world that are really hot at the moment, and we are in one of the top spots in the MSGB Basin, where there is still some exploration acreage and farm-in opportunities available.”