OilNOWLatest News and Information from the Oil and Gas sector in Guyana
More
FeaturedNewsRegional
Updated: December 7, 2017 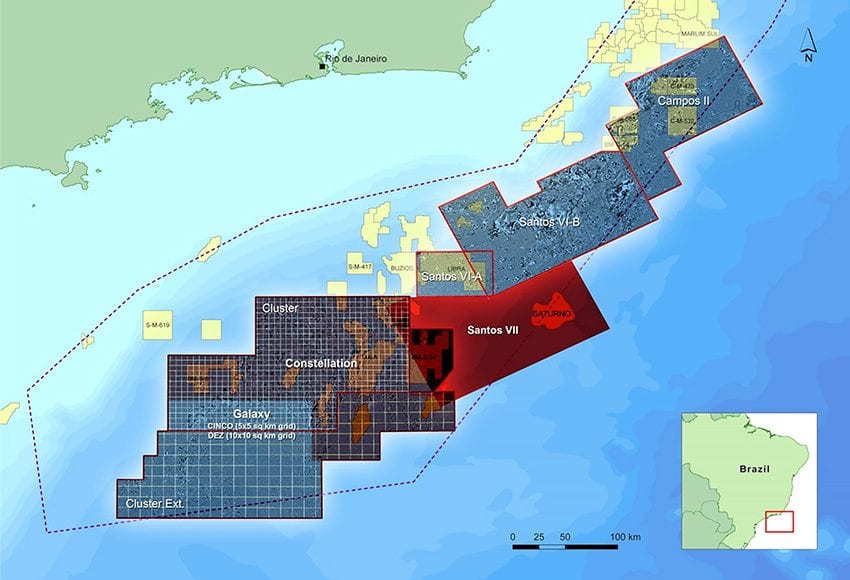 (Offshore) Brazilian oil company Petrobras has declared commerciality of the field in the Libra Northwest area, in the pre-salt of Santos Basin off Brazil, renaming it Mero.

Namely, Petrobras said in its statement last Thursday that it had submitted the declaration of commerciality to the Brazil’s National Petroleum, Natural Gas and Biofuels Agency (ANP) regarding the oil accumulation located in the northwestern portion of Libra block.

Petrobras is the operator of the Libra Consortium – with a 40% interest – in partnership with Shell (20%); Total (20%); CNPC (10%) and CNOOC Limited (10%). Pré-Sal Petróleo (PPSA) manages the Libra Production Sharing Contract.

Petrobras also submitted to ANP the final report, part of the Discovery Evaluation Plan (DEP) of the 2-ANP-2A-RJS well, the discovery well of the Libra reservoir in 2010.

In the declaration sent to the regulatory agency, it was suggested that the new field should be named Mero, and the field’s total recoverable volume is estimated at 3.3 billion barrels of oil.

The Mero field is located around 180 kilometers off the Rio de Janeiro coast, in ultra deep waters and has high quality carbonate reservoirs with expected high well productivity. During the exploratory and evaluation phase, eight wells were drilled in the DEP area, identifying reservoirs with good quality oil and high commercial value – 29º API.

The first oil was produced with the Pioneiro de Libra FPSO in late November, through an Extended Well Test (EWT), with the objective of evaluating the dynamic behavior and deepening the reservoir knowledge, aiming at optimizing the future field development.

The consortium plans to continue the production development with four new production systems to be deployed in Mero field and will continue the exploratory phase of the remaining area of Libra, whose term was extended for another 27 months.