OilNOWLatest News and Information from the Oil and Gas sector in Guyana
More
FeaturedNews
Updated: May 8, 2022

Port of Vreed-en-Hoop: More than just a shore base 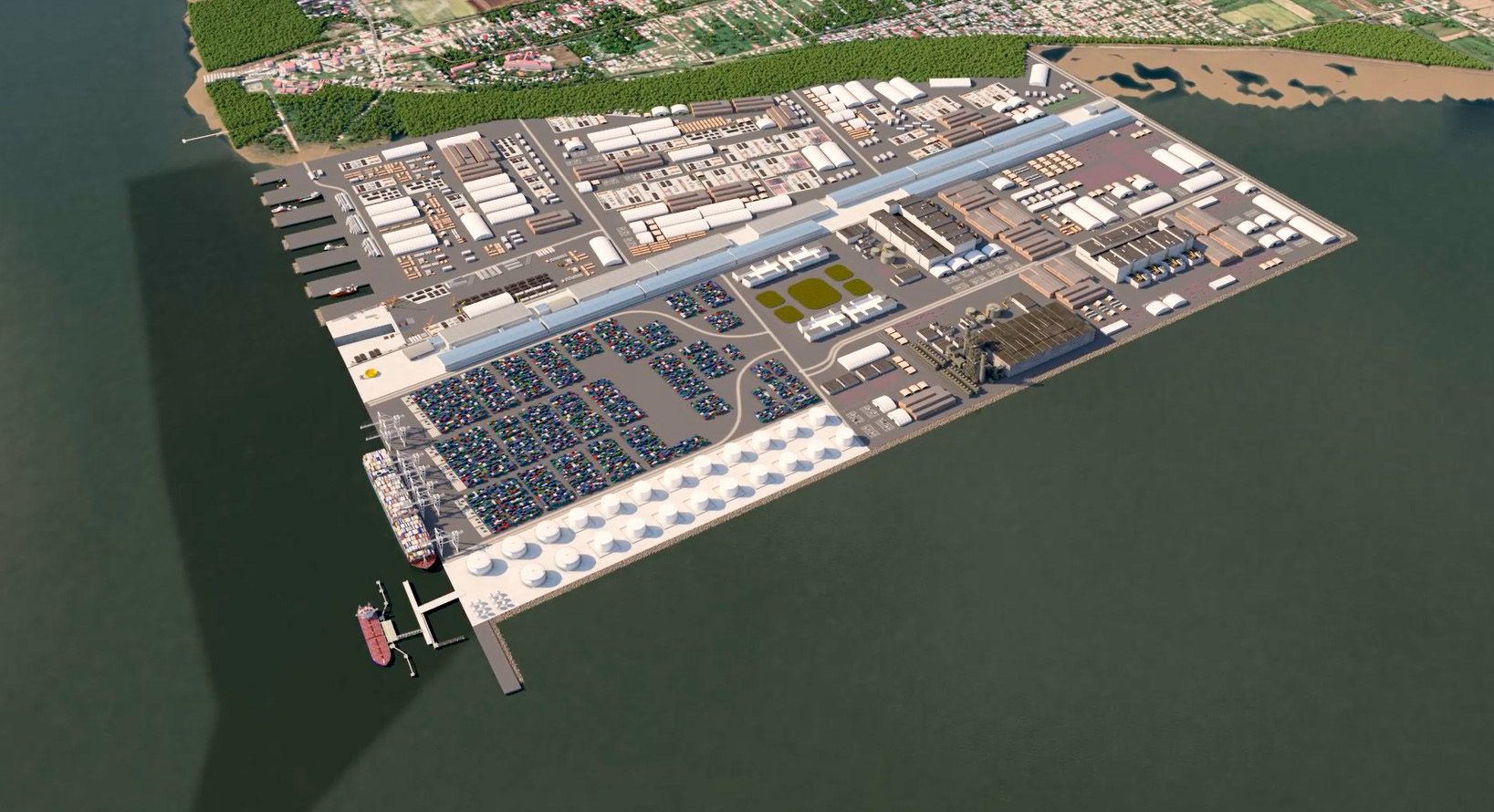 On the surface, the multi-billion dollar ‘Port of Vreed-en-Hoop’ may seem like it will be a regular shore base facility, but it’s intended for much more than that.

Three businessmen – Andron Alphonso of ZRN Investment Inc., Nazar Mohammed of Hadi’s World Incorporated and Nicholas Deygoo-Boyer of National Hardware Guyana Limited – envisaged the creation of a commercial port and an industrial area that is consistent with the spirit of Guyana’s Local Content Policy to see Guyanese being at the forefront of benefitting from their national patrimony.

This idea birthed NRG Holdings Inc., a 100% Guyanese-owned consortium and the developer of the Port of Vreed-en-Hoop.

The facility will sit atop 400 hectares of land at Foreshore, Plantation Best, West Bank Demerara and is expected to equip and bring value to the management and operation of the emerging oil and gas sector, meeting the high standards of overall industry needs.

Up to US$600M will be invested, but exactly how does this translate to benefits for the ordinary man? As Boyer explained it, “the commercial shipping that we are doing, touches the average Guyanese person.”

What he essentially means is lower shipping costs. This is what the Port of Vreed-en-Hoop will bring.

Boyer noted that NRG Holdings Inc. conducted a study that determined that the Port of Vreed-en-Hoop would be able to slash shipping costs by 10%.

“Now that was pre-pandemic, the early stages. So, let us assume it still holds through, you have 10 percent less on what is touching the shelves, if you think about what we import, that really touches the average person,” he explained.

When the COVID-19 pandemic swept the world, increased shipping costs hit importers, and Guyana was no different. The South American nation felt the squeeze because the ensuing effect was higher commodity prices for citizens. And things barely adjusted before the war in Ukraine hit, hiking shipping costs again.

“If we are able to bring modern facilities, then we reduce the cost of transportation, which reduces the impact on inflation on the average person,” Boyer said.

“It is like giving them 10% on their groceries, bills, back on their favourite stores, favourite anything from boutiques to hardware stores. That is 10% back in your pockets and you are gaining because the cost of shipping has gone down. I know for sure, that will make an impact.

How is this only being done now? Guyana’s predicament, Boyer said, is that it faces the “most expensive per unit cost for importing” in the absence of modern port facilities complete with cranage ability and deep channels to accommodate larger vessels.

The Port of Vreed-en-Hoop will include the Vreed-en-Hoop Shore Base Inc. (VEHSI), a special purpose vehicle to serve ExxonMobil’s Yellowtail project, based on a partnership between NRG Holdings and the Belgian engineering and construction firm, Jan De Nul.

The Port of Vreed-en-Hoop is also set to include areas for the provision waste management/effluent treatment plants, other environmental services, lodgings, mud plant, and logistics and, in fact, an area is earmarked for a potential helipad with an additional wharf, berths, and a dry dock.

“So, just from these dimensions, the port can significantly improve livelihoods in Guyana,” Boyer added.  And this is what is to come when the Port of Vreed-en-hoop is completed.