OilNOWLatest News and Information from the Oil and Gas sector in Guyana
More
FeaturedNews
Updated: April 23, 2022

Vreed-en-Hoop Shore Base Inc. (VEHSI), a US$300M project led by Guyanese businessmen, will be operational by the fourth quarter of 2023, said joint venture partner and owner of National Hardware Guyana Limited, Nicholas Deygoo-Boyer.

VEHSI is a partnership between the 100% Guyanese-owned NRG Holdings and the Belgian Jan De Nul. The latter, an engineering and construction firm which specialises in marine and offshore services, among other things, will have a 15% stake, Boyer told OilNOW.

VEHSI will be a special purpose vehicle for ExxonMobil’s use of a 20-acre shore base at the NRG-owned Vreed-en-Hoop port.

ExxonMobil awarded the contract to VEHSI after a competitive bidding process, to secure support for the Yellowtail project slated for first oil by 2025/2026, and other projects. The ceremonial signing of the contract took place on Friday at the Roraima Duke Lodge in Georgetown, by Andron Alphonso, VEHSI Director and Company Secretary and Alistair Routledge, President of ExxonMobil Guyana.

Boyer said that this is only a sub-project of a grander initiative by NRG Holdings, under its Port of Vreed-En-Hoop master plan borne out of the need to develop marine infrastructure in Guyana. He, Alphonso and owner of HADI’s World Inc., Azruddin Mohamed, are the owners of NRG Holdings.

“Our project is meant to be a kickstart for the bigger development for the country,” Boyer said.

Commending the partners for “taking a great deal of financial risk” for the benefit of the country, was Routledge. Discussing the importance of this award by Exxon, Routledge said that while Guyana Shore Base Inc. (GYSBI) has allowed it to bring almost all its supply chain for drilling and production operations home from Trinidad and Tobago, the Vreed-En-Hoop project will allow it to bring construction and preparation of sub-sea equipment to Guyana. He said that EEPGL has already started doing some of that fabrication in country, with jumpers and steel pipes, but that this project will allow them to increase that by 10 times the scale.

Routledge said the expectation is for the transformation the country is experiencing to benefit more than just Georgetown. Consistent with the vision of the government to ensure development extends throughout the country, he said it’s “time to move over to the West Bank [of Demerara] and build that infrastructure over there…”

Employment will definitely increase in Region Three, Minister of Natural Resources Vickram Bharrat said at the signing. He lauded the co-venturers for answering the call from President Dr. Mohamed Irfaan Ali for locals to form consortia to meet the needs of the oil and gas industry.

“There are many more opportunities out there,” Bharrat said as he discussed the rapid expansion the industry will continue to experience over the next few years and assured that government is ready to work with investors to guarantee their successes.

Scenes from the ceremonial signing of the landmark agreement 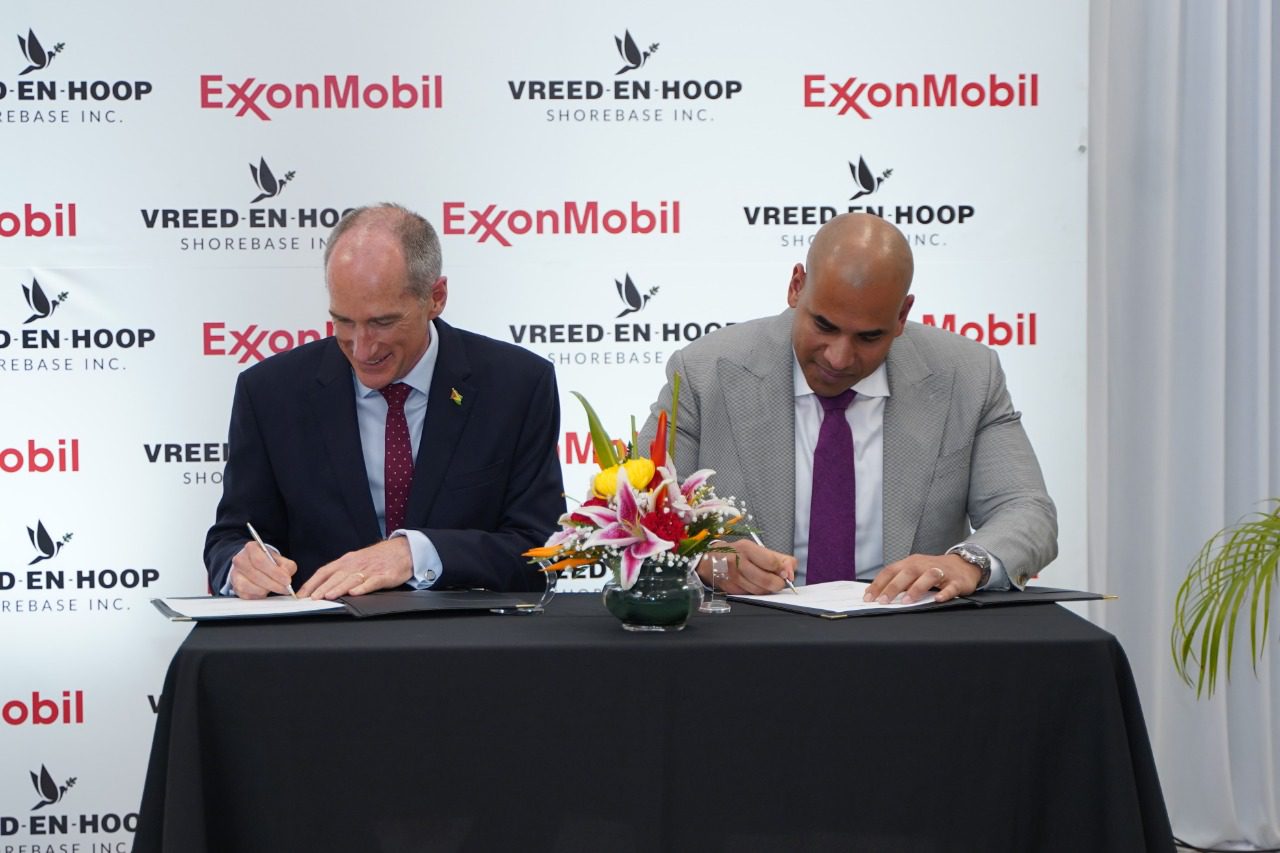 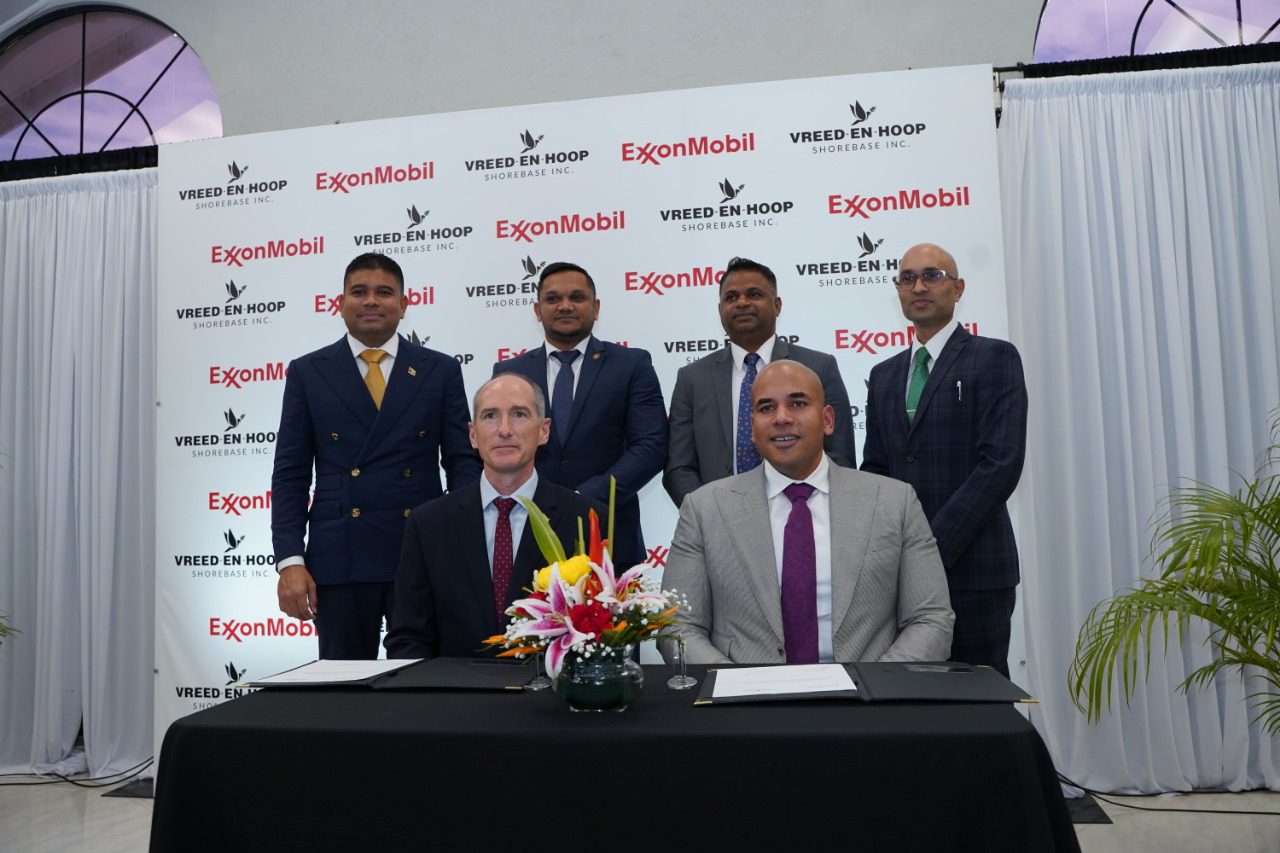 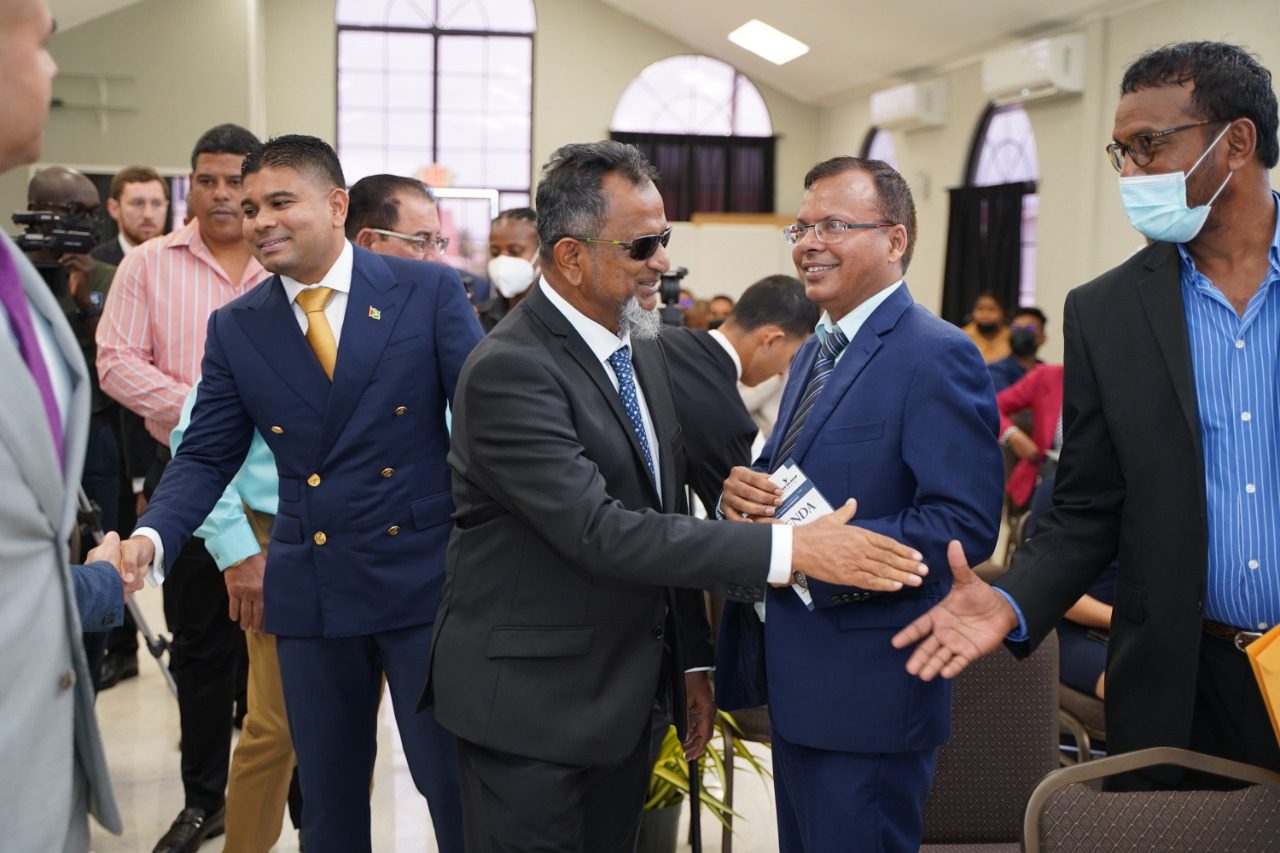 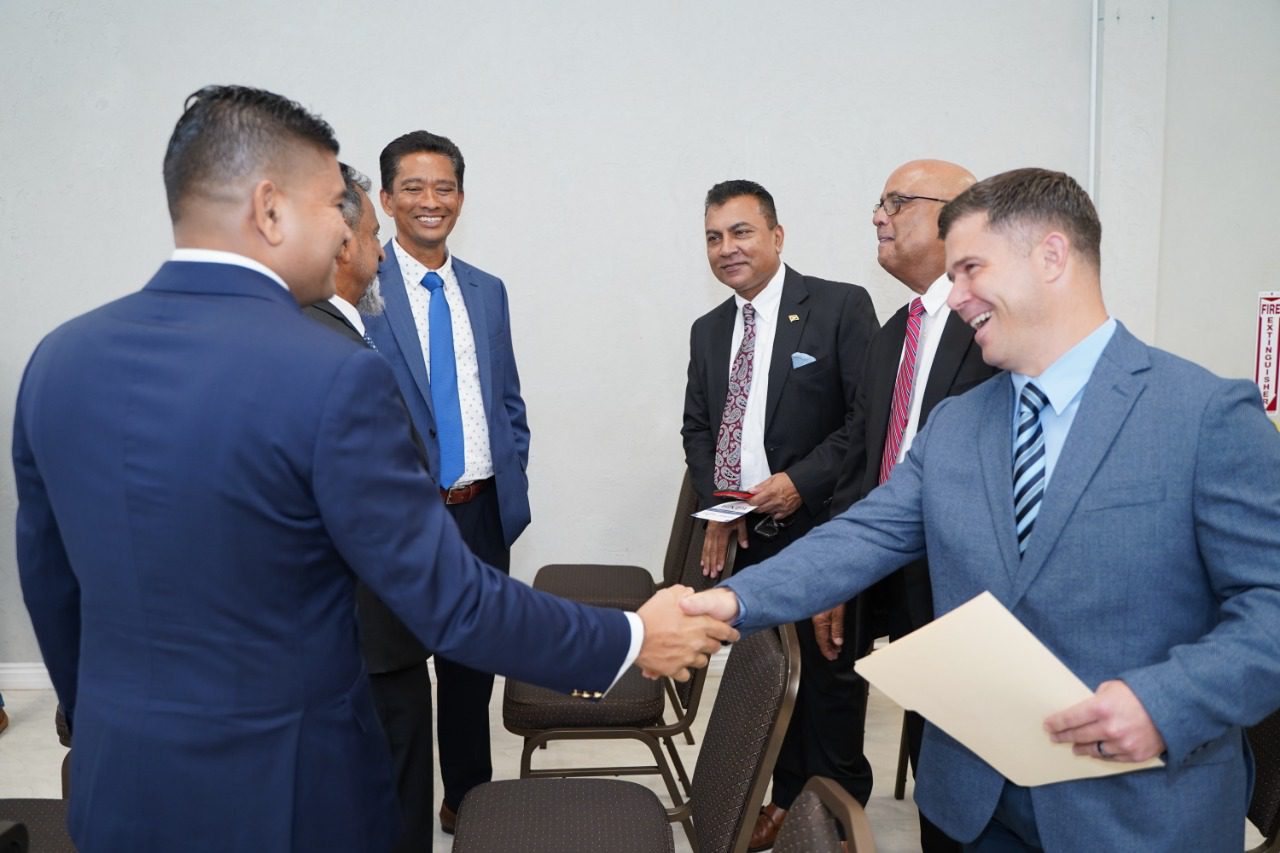 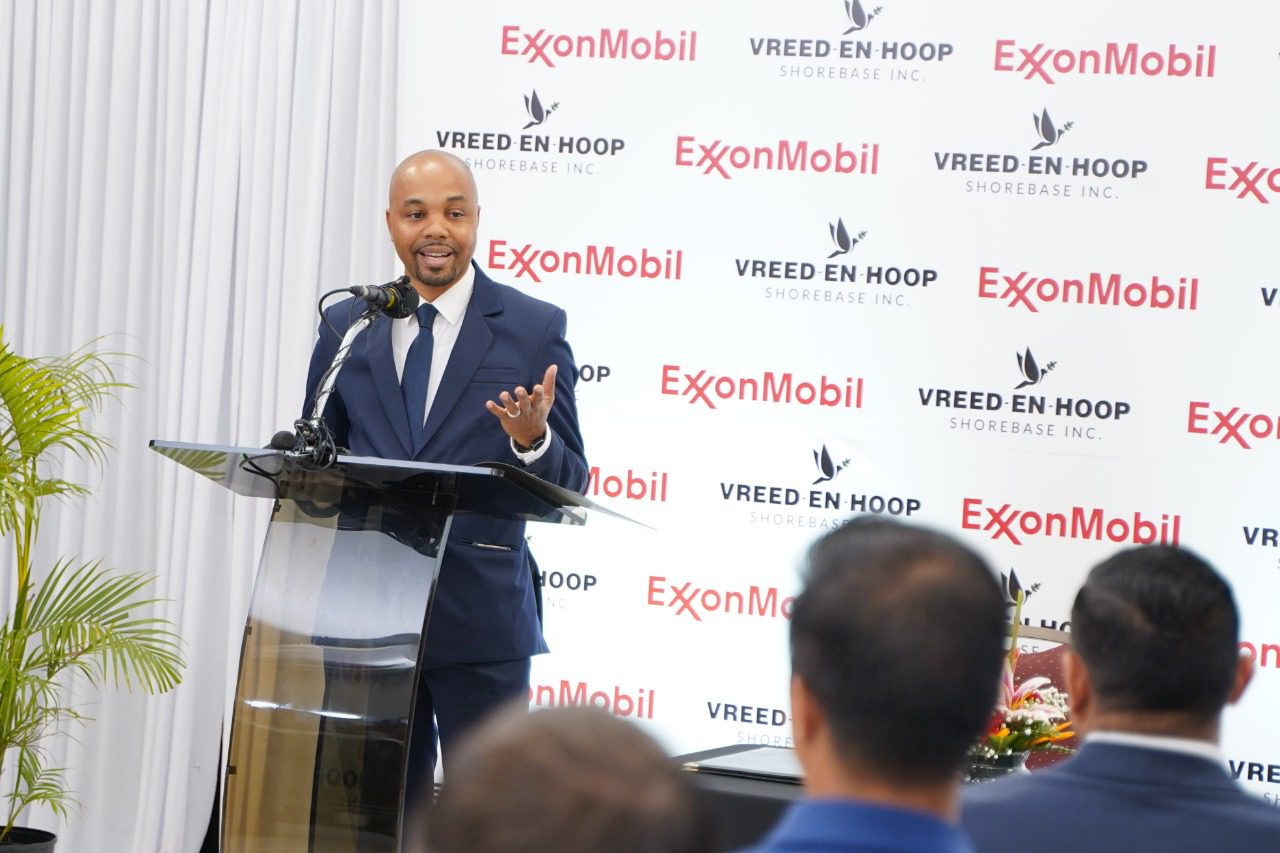 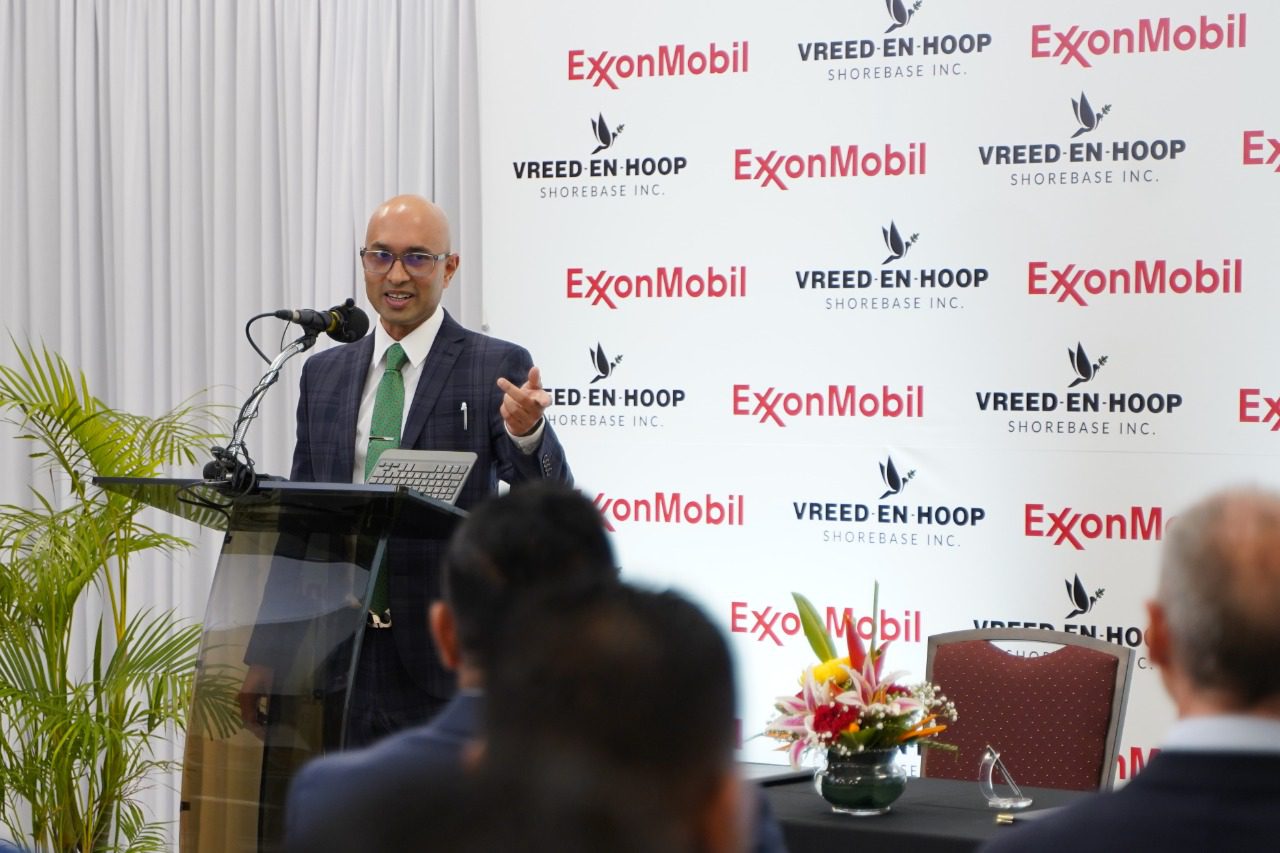 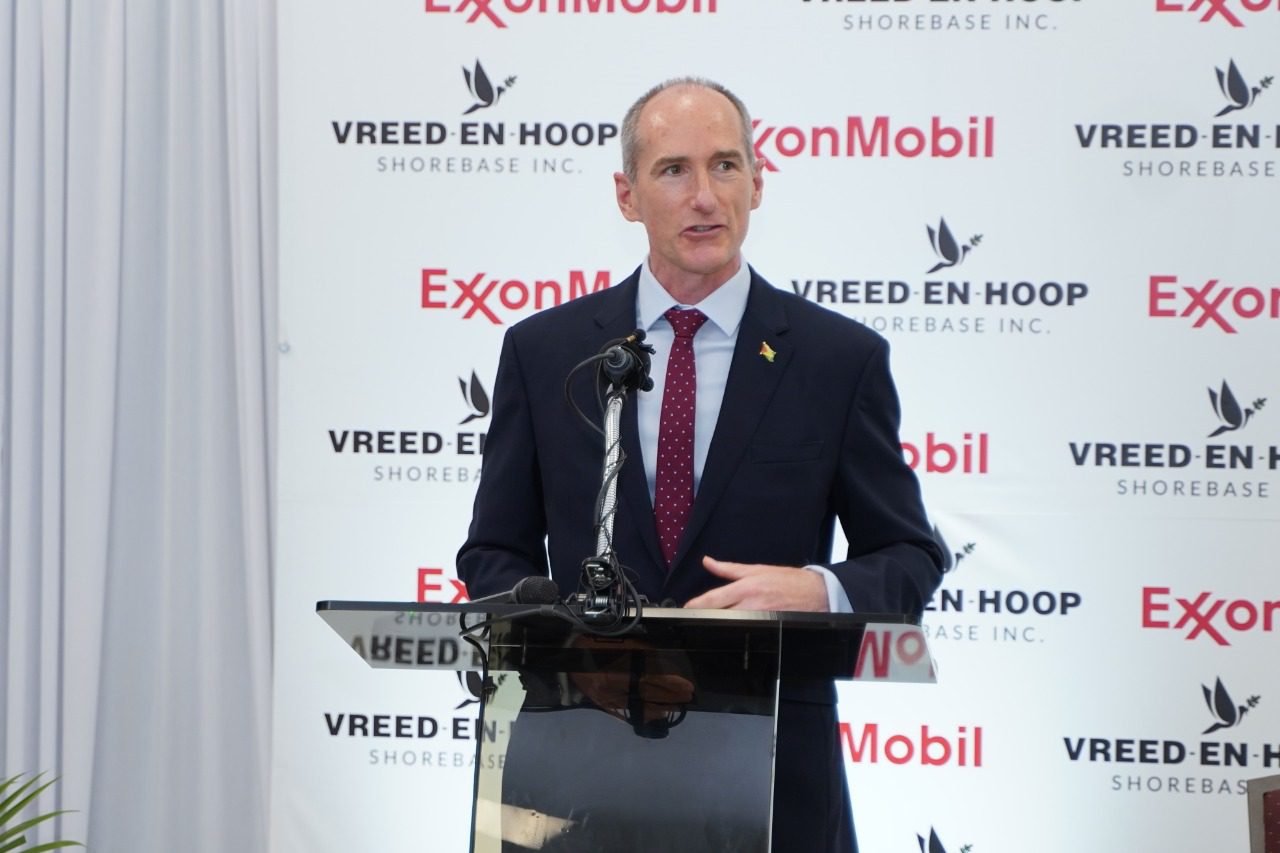 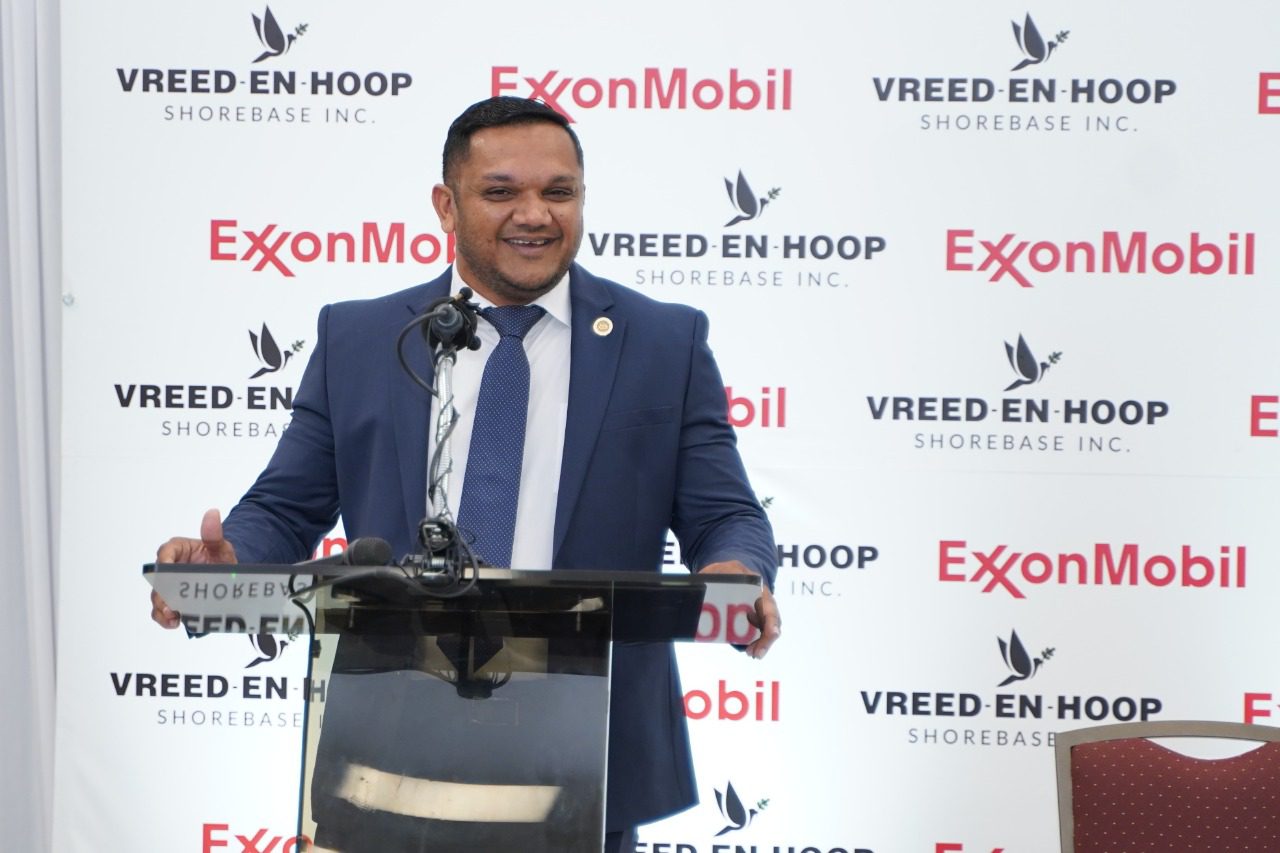