OilNOWLatest News and Information from the Oil and Gas sector in Guyana
More
FeaturedNews
Updated: July 10, 2020

At the end of last year, the tiny South American nation of Guyana made headlines as the country predicted to register the world’s fastest economic growth rate in 2020.

Despite the COVID-19 pandemic, the IMF projected that Guyana might be the only country in the Americas to experience any economic growth this year, let alone the double-digit bonanza expected by experts.

This anticipated growth is driven by massive offshore oil deposits first discovered in 2015. ExxonMobil’s record number of discoveries offshore Guyana has placed the country at the top of the list for prospective offshore regions in the world.  With two recent discoveries in neighboring Suriname, the Guyana Suriname Basin (GSB) is now one of the most promising basins in the world. Even as the recent oil price collapse forced the global oil companies to curtail spending and curb production in many countries, development plans for the major oil discoveries in Guyana and Suriname remain mostly unchanged. As many as 34 firms including the largest trading houses and oil majors are now competing to market Guyana’s share of the oil cargoes.

There is still a lot of work to be done to complete the legislative, regulatory and institutional aspects of the oil industry. Unfortunately, the position Guyana finds itself in today could not have been predicted when the oil began to flow in December 2019. A pivotal election on March 2, 2020, has unleashed a wave of uncertainty in the country and pressed the pause button on several critical aspects of its oil and gas development. Allegations of vote-tampering by the opposition and a months-long recount process have dashed any hope of a clear resolution.

While the international community has increasingly called on the current government to step down, the result is still unsettled more than three months after the initial vote. The Caribbean Court of Justice (CCJ) has now ruled against the Guyana Court of Appeal injunction to block the declaration of a winner using the election recount results of June 8 which had the opposition winning by 15,416 votes. The path is now clear for GECOM to reconvene and declare an election winner.

Amidst the chaos, Guyana could face serious setbacks, risking previous economic projections and potentially reducing a recent flood of investments into the country. Even as oil wealth starts to flow into government accounts, key policies and projects remain unfinished and the country has not yet made firm decisions about how to spend the oil revenue.

Approvals for the next stage of Guyana’s oil development have also been delayed for months by the political uncertainty and regulators seem reluctant to act without knowing who might be in charge when the dust settles. Keeping development moving, unfortunately, seems to have become one more political playing card in an already chaotic situation.

Delays are likely to be costly. The country has taken in nearly US $100 million since production started earlier this year, with billions more on the horizon if development proceeds as planned. That’s revenue the government will desperately need to jumpstart the post-COVID recovery. Guyana also runs the risk that billions of dollars in investments may not always be forthcoming in a depressed oil market that’s making countries all over the world scramble to compete. Historically marginalized and dependent on imports, this could be Guyana’s big year to finally reap benefits from its natural resources and invest revenues into improving living conditions for its citizens. The latest numbers from the Guyanese Centre for Local Business Development (CLBD) show that more than 600 companies are already working with the oil and gas sector in Guyana, employing thousands of Guyanese.

Millions of dollars have already been invested to develop a burgeoning local service industry for the projects. Training programs have prepared thousands of Guyanese for jobs on the offshore platforms and local businesses have seized oil service contracts as a much-needed economic lifeline. All that is at risk if workers and companies cannot count on steady development moving forward.

Guyana still has a golden opportunity on the hook. The country has taken the advice of the World Bank, Commonwealth Secretariat and others and has set up a Sovereign Wealth Fund and taken other steps to ensure that revenues are saved for the future. Whatever government is in power will be looking at annual oil revenues that easily exceed Guyana’s entire current gross domestic product in just a few years.

But a steady and transparent regulatory process will still be a critical signal that current and future investors will be looking at to decide if Guyana will be a stable and trustworthy partner. Guyana’s profile is now followed internationally. Investors relish stability and predictability and this new oil and gas player on the global stage has to project an image of stability and adherence to the rule of law.

Political chaos is inevitably corrosive to a country’s economic goals. But insulating Guyana’s burgeoning oil industry from politics would go a long way towards making sure that the country becomes a poster child for development, not a cautionary tale. 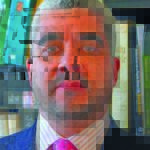 Dr David E. Lewis is vice president of Manchester Trade Ltd., an international business advisory firm in Washington, D.C. A former Assistant Secretary of State for Caribbean Development in Puerto Rico, in 1991 he led the 1st US Investment Mission to Guyana under the CBI-Caribbean Basin Initiative. He is adjunct professor at the FIU School of Business. 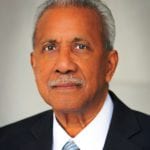 Dr Anthony T. Bryan is currently a Senior Associate of the Center for Strategic and International Studies (CSIS) in Washington, D.C.  He is a former professor and director of the Institute of International Relations (IIR) at the University of the West Indies at St. Augustine Trinidad and Tobago. He is a scholar and independent consultant on energy development, energy security, and energy geopolitics in the wider Caribbean region and Central America. He serves as a consultant to several prominent global risk firms.