OilNOWLatest News and Information from the Oil and Gas sector in Guyana
More
FeaturedNews
Updated: April 9, 2019

Norway-based Rystad Energy ranks the Tilapia discovery made by US oil major ExxonMobil off the Guyana coast in February as the third biggest conventional find for the first quarter of 2019. Cyprus’ Glaucus and South Africa’s Brulpadda were ranked number 1 and 2 respectively.

In an April 8 report, Rytsad Energy said oil and gas exploration is off to a flying start in 2019, with majors taking a bigger bite of the conventional resources discovered in the first quarter.

“If the rest of 2019 continues at a similar pace, this year will be on track to exceed last year’s discovered resources by 30%,” says Taiyab Zain Shariff, Upstream Analyst at Rystad Energy.

ExxonMobil was the most successful, with three significant offshore discoveries accounting for a whopping 38% of total discovered volumes. European majors Total and Eni are also in the fold with successful offshore wells in South Africa, the United Kingdom, Angola and Egypt, Rystad Energy said. 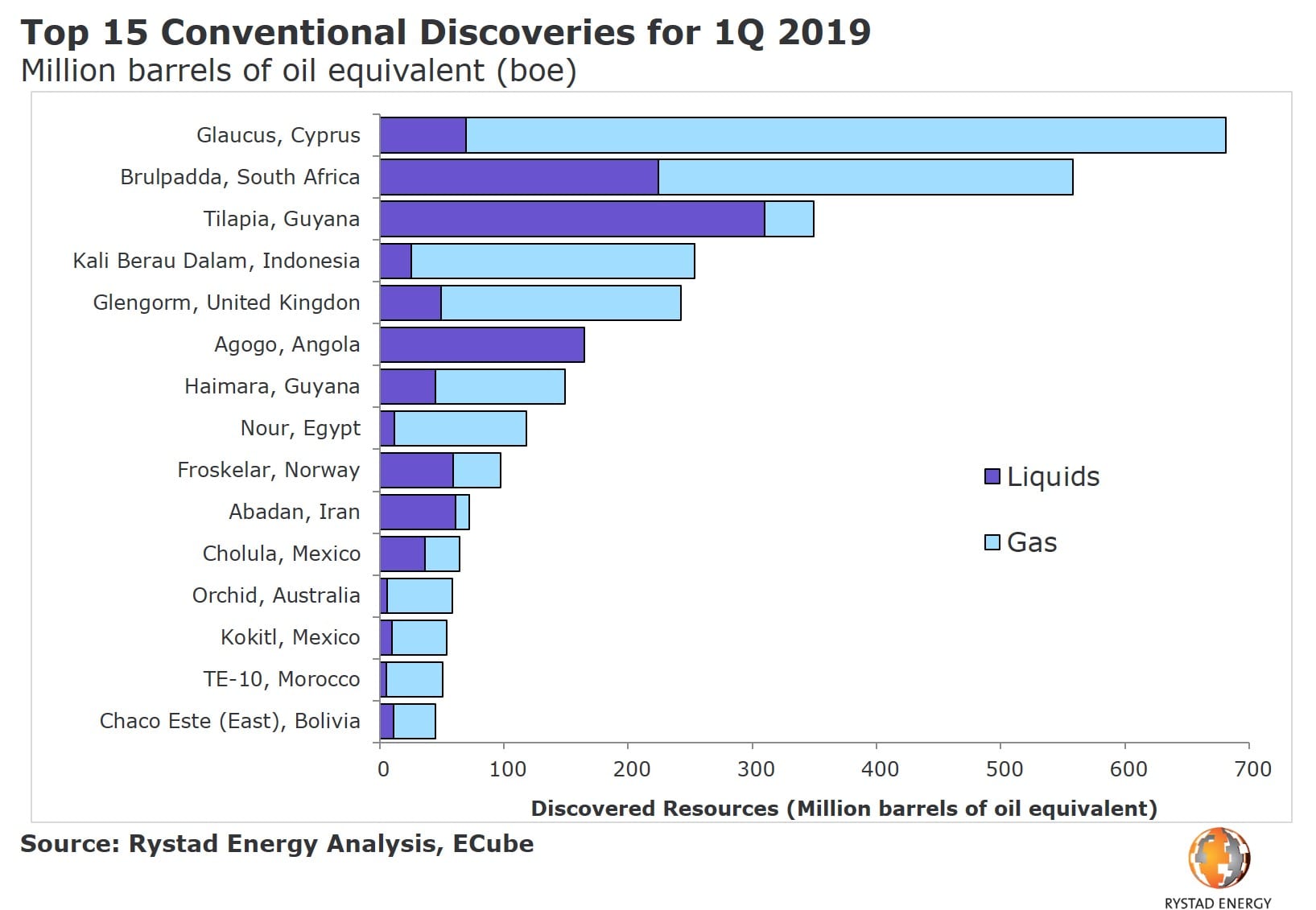 The analyst said from a global perspective, the push for substantial new discoveries shows no signs of slowing down, with another 35 high impact exploration wells expected to be drilled this year, both onshore and offshore.

“If these wells prove successful, 2019’s interim discovered resources will be the largest since the downturn in 2014,” Shariff remarked.

On February 6, ExxonMobil announced its 11th and 12th discoveries in Guyana at the Tilapia-1 and Haimara-1 wells located in the south eastern portion of the 6.6 million acres Stabroek Block.

ExxonMobil has since increased its estimated recoverable resources for the Stabroek Block to more than 5.5 billion barrels of oil equivalent.