OilNOWLatest News and Information from the Oil and Gas sector in Guyana
More
FeaturedNewsRegional
Updated: August 22, 2021 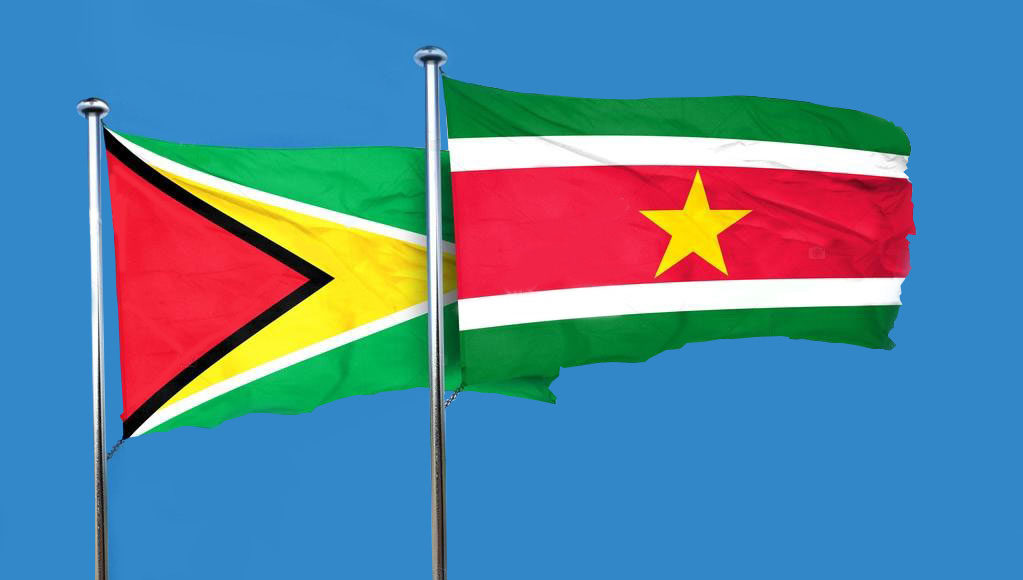 The two countries have decided to develop a ‘Joint Approach Strategy’ for the development of the petroleum industry itself, revealed Dr. Ali during a joint press conference on Thursday.

He said they came to this decision, after “recognising that both countries will be key players in the oil and gas sector.”

He also related that they intend to work together on the development of human resource capacity to meet industry requirements. In this regard, Suriname offered Guyana the services of Staatsolie, its state oil company, to train Guyanese.

“They’re advanced in the certification of key areas in the oil and gas sector, for example, welding and we have identified this as an area in which they can help our human resource base to become certified to participate in this sector,” Dr. Ali said.

As Suriname and Guyana have also found considerable gas reserves, they determined there is a need to have a working group come up with a joint gas strategy for both countries.

“Within a short period of time, a design proposal will be presented for a clear strategy on how to exploit the gas of the two nations for the industrial development in the west side of Suriname and the east side of Guyana,” President Santokhi said.

President Ali explained that the gas strategy will be part of a wider ‘Joint Development Strategy’ which includes infrastructure, industries, manufacturing, and natural resources.

“We are not in competition, but we are on a journey of cooperating with each other to maximize the benefits for our people,” Ali said.

The Heads of State also involved private sector leaders of each country in talks about the creation of a local content platform which would not be specific to oil and gas, but other areas of their economies.

Furthermore, the two Presidents also have bigger plans for the region on the matter of energy security. Before the end of the year, they intend to bring together the Presidents of Brazil, France, Guyana, Suriname and French Guiana for a strategic summit. Guyana and Suriname plan to use the event to discuss the integration of their plans with the long-term development thrust of the countries involved.

Notably, these countries or their territories are part of an area being looked at for a regional energy corridor. Discussions have been ongoing for years. Given their considerable gas reserves, Suriname and Guyana would be critical players in the corridor’s development.

On the environment and climate change, Suriname and Guyana will work together in preparation for the 2021 United Nations Climate Change Conference.

“Both Guyana and Suriname recognise that we have a valuable asset in Vice President Bharrat Jagdeo in this field of environment, and we’ve agreed that he would lead a delegation to Suriname before COP26 to look at the coordination of our strategies, and also to work with our counterparts in Suriname in coming up with a common strategy in dealing with climate change and the environment,” President Ali said.

As they both have considerable forest reserves and good management records, Guyana and Suriname will also explore the possibility of merging their forest assets on the carbon credit market.

“We come out of these discussions with the intention of becoming a stronger unity, assuring our mutual growth, for example, in the field of renewable and non-renewable energy,” Santokhi said. “In our ever-changing global economy, strengthening our global position is crucial for both nations.”