OilNOWLatest News and Information from the Oil and Gas sector in Guyana
More
FeaturedNewsProduction
Updated: July 25, 2022 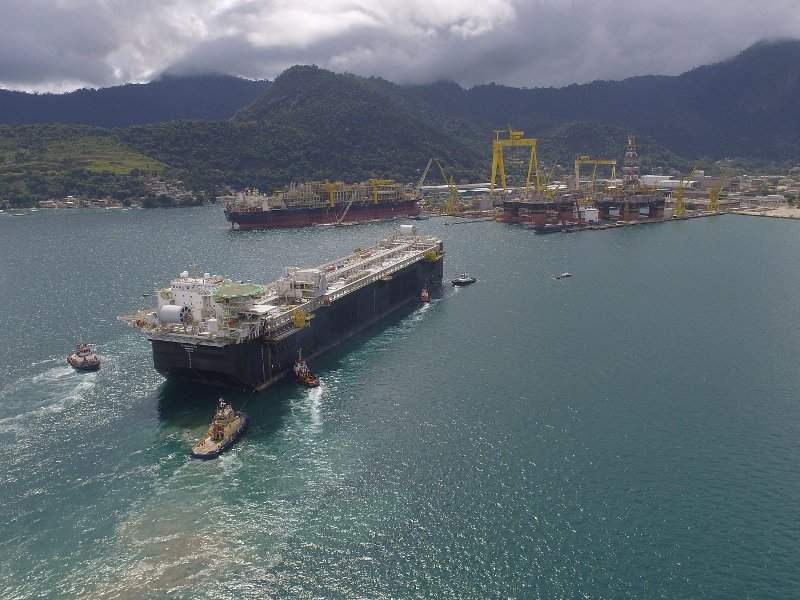 Tupi crude, which typically is the most favored Brazilian grade by Chinese independent refiners, have taken a backseat amid the influx of Russian barrels.

The appetite from Chinese independents for delivered barrels of Brazilian crudes was largely muted, while demand for Russian crudes has remained robust.

“The differential between Tupi and Russian crudes is too wide, hard for independents to buy Tupi now,” said a China-based crude oil trader.

Discounts for Russia’s ESPO cargoes for September arrival could be at $1/b to parity against the ICE Brent futures, on a DES Shandong basis, said refinery sources. This was slightly higher compared with discounts of around $1-$2/b for August-arrival cargoes.

Meanwhile, discounts for September-arrival Urals were higher at $5/b against ICE Brent, compared with $6-$7/b a few weeks earlier.

ESPO imports were down a third from May at 1.4 million mt in June, while inflows of Urals shot up to 700,000 mt from nil in May, S&P Global data showed.

Independent refineries have stayed away from buying Brazilian crudes due to the high premiums, refinery sources said.

The premiums for October-arrival Tupi crude were offered at $13-$14/b over ICE Brent futures, on a DES Shandong basis, but few independent refineries were interested amid cheaper alternatives.

The average utilization rate at Shandong independent refineries recovered to around 70% as of July 20, up about 1.5% from 68.5% a month earlier, data from local energy information provider JLC showed.

The run rates are likely to stay around 70% for the rest of July given the relatively good margins, according to an analyst with JLC.

Meanwhile, run rates at China’s state-owned refineries will also likely recover further in July amid a demand uptick for oil products like gasoline and jet fuel during the summer holiday season.

In addition, high temperatures during summer have supported demand for air conditioning, raising expectations for more gasoline and diesel demand.

October-delivery barrels of Sururu crude were sold to South Korea at premiums in a range of mid-$6s/b to $7/b over September Dated Brent, DES South Korea, traders said.

“Some refiners see Sururu higher than Tupi, but some value it at around parity to Tupi,” said the first China-based crude oil trader.

More recently, October-delivery barrels of Tupi crude could have changed hands at a premium of around $6 to mid-$6s/b to September Dated Brent, DES South Korea, traders said.

“South Korea bought a lot of arbitrage barrels, including crudes from the US and Latin America,” said a regional crude oil trader.

Spot premiums for Tupi, however, could ease in view of weaker product cracks this month, a few traders said.

“Margins come much lower this week. I’m bearish on Brazilian [crude] premiums for this [trading] cycle,” the China-based trader added.

Last month, September-delivery barrels of Tupi were traded at a premium of mid-to-high $6s/b to Dated Brent, DES Qingdao, according to traders.

“August-loading Tupi has already sold out, so no Tupi offers [heard] recently. [Market is] waiting for the September-loading program,” the China-based trader said.