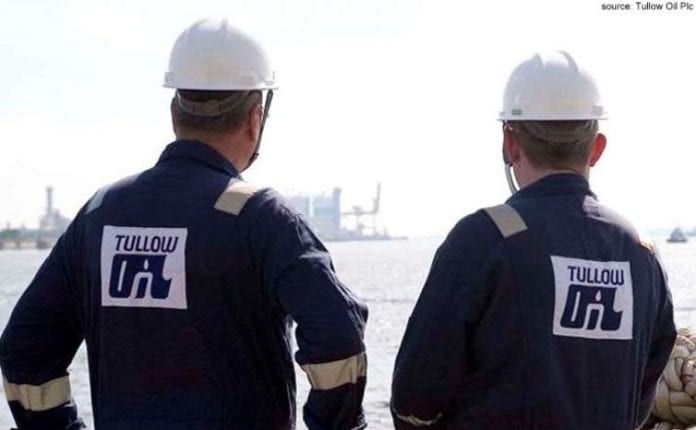 The full year 2017 West Africa net oil production guidance, including production-equivalent insurance payments, has been revised upwards to 85-89,000 bopd (from 78-85,000 bopd), following strong production performance from both TEN and Jubilee, Tullow said in its trading update for the period July 27 July to November 8, released Wednesday.

“I am pleased to report that Tullow continues to make good operational and financial progress. The business is generating free cash flow which is enabling us to continue to reduce our debt. We have upgraded our oil production forecasts for West Africa following strong production at both Jubilee and TEN,” Paul McDade, Chief Executive Officer, commented.

The TEN FPSO commissioning has been completed and 2017 gross production is now expected to exceed guidance of 50,000 bopd following higher rates in the second half of the year.

Tullow said an International Tribunal of the Law of the Sea (ITLOS) ruling which favours Ghana will allow for development drilling to resume at the TEN oil fields in early 2018.

Ghana had taken Ivory Coast to the Special Chamber of the ITLOS in September 2014, after negotiations with Ivory Coast over a disputed boundary broke down.

The company has also received approval for the greater Jubilee Full Field Development Plan from the Government of Ghana which will see drilling commencing in 2018. The Jubilee turret remediation work has been optimized and is now planned for 2018 with seven-to-nine weeks of total shut-down.

Tullow stated in its trading update that the Uganda farm-down plan has been submitted to the Government for approval following signature of pre-emption documentation and deal completion is expected in the first half of 2018. The company said it is working towards a Final Investment Decision in the first half of 2018, with FEED and ESIAs for upstream and pipeline progressing in line with schedule.

Meanwhile, the South Lokichar Exploration and Appraisal drilling campaign is now concluded and results are being evaluated and incorporated in the development plans. Early Oil Pilot Scheme (EOPS) is now expected to commence early in 2018, Tullow stated.

In East Africa, both our projects are making steady progress towards Final Investment Decisions with our Kenyan business beginning the important shift from exploration and appraisal to development. With financial discipline and efficiency embedded across the Group, and with market conditions showing some early signs of improving, Tullow is well placed to benefit both from targeted investment in our diverse, low-cost portfolio and the opportunities that this point in the cycle presents,” McDade said.

Tullow says not much opportunity for local content in exploration phase