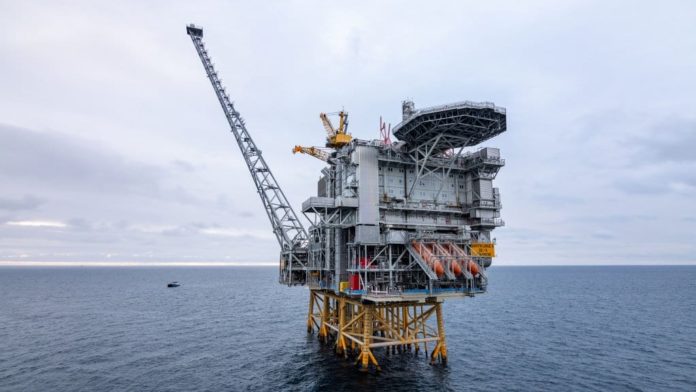 US oil producers have been expected for some time to have to shut down oil production as a result of the COVID-19 pandemic, but they were initially slow to move. Now that profitability and storage limitations have started to hurt, the curtailment wave has accelerated. A Rystad Energy analysis shows that gross US cuts could reach at least 2 million barrels per day (bpd) in June, including liquids.

Net oil production cuts could reach 835,000 bpd in May and 877,000 bpd in June, compared to around 256,000 bpd in April, according to Rystad Energy’s interpretation of early communication from 31 US oil producers.

The figures do not represent the total production curtailment that the US is experiencing and will experience. Actual production cuts are probably larger and occur not only as a result of shut-ins, but also due to a natural decline from existing wells when new wells and drilling decline.

Rystad Energy said the cuts will be delivered through a combination of measures, including the deferral of wells put on production (POP), moderating output from producing wells, and temporarily shutting in lower-margin wells. Some producers expect that currently projected June cuts may eventually increase depending on the prevailing oil price, but curtailed oil volumes should mostly return to pre-cut levels in the third quarter of 2020.

“Most operators specified that it will not take long before production can be fully restored from affected wells, as they aim to preserve reservoir and well integrity when moderating output or their wells. In the end, the rather difficult situation at present is promising an accelerated transition for E&P companies. The US shale sector is expected to become healthier, with strong companies becoming even stronger,” says Rystad Energy’s Vice President North American Shale and Upstream Veronika Akulinitseva.

Among the new companies that have provided plans for oil curtailments since last week, EOG Resources has cut production the most. The company plans to curtail oil volumes by 125,000 bpd in May and 100,000 bpd in June, which represents about 26% and 21% of its 1Q oil output, respectively.

Ovintiv (OVV), another large diversified producer, has cut May and June output by 35,000 bpd net, which is about 22% of its 1Q oil production.

Continental Resources (CLR) is now expected to increase its cuts to 141,000 bpd over May and June. In total, the company has curtailed 70% of its oil production, with more than a 90% cut in Bakken Shale.

Noble Energy has curtailed around 7,500 bpd in May and plans to increase cuts to roughly 35,000 bpd in June, which is 30% of its 1Q oil production.

Rystad Energy said additional Permian-focused players have also come out with plans to cut output over the following months. WPX Energy has elected to cut 30,000 bpd over May and June, which is roughly 25% of its oil volumes.

Occidental Petroleum is forecasting about 45,000 barrels of oil equivalent per day (boepd) of voluntary cuts in May and 75,000 boepd in June. About a third of that will come from its US portfolio, indicating around 15,500 bpd oil curtailment for May and 26,000 bpd in June.

Pure-Permian player Centennial Resource Development is cutting its oil output by 40% in May and June as a result of weaker realized prices and will monitor the market and adjust its current strategy on a month-by-month basis. Apache has shut in about 2,500 higher-cost wells which cumulatively produce around 7,500 bpd. The company is confident that it can bring these wells back online in a timely manner should prices improve. At the same time, Cimarex Energy (XEC) has decreased its production-cut estimate. While the company previously guided a 30% reduction in May, it is now cutting just 20% as a result of higher demand for oil from the marketing side than previously expected.

Finally, several producers including Hess, Laredo Petroleum and Marathon Oil said that, as of now, they do not plan to curtail more production in the next few months. Hess specified that in order to maximize the value of production it has chartered three Very Large Crude Carriers (VLCCs) and plans to store 2 million barrels of Bakken crude on each in May, June and July, with plans to sell these barrels in the fourth quarter.

Rystad Energy said in total, pure-Permian and Permian-focused producers are driving 42% of the oil curtailments expected in June, as a high share of analyzed companies are focused in the Permian Basin. Diversified producers with activities spread across multiple plays are following close behind with a 35% share. About half of their portfolio is represented by the Permian Delaware and Eagle Ford plays. Bakken-focused operators cover 18% of the cuts, with the rest spread among Niobrara/PRB Tight and Eagle Ford producers.

US leads world in oil and gas production, IEA says