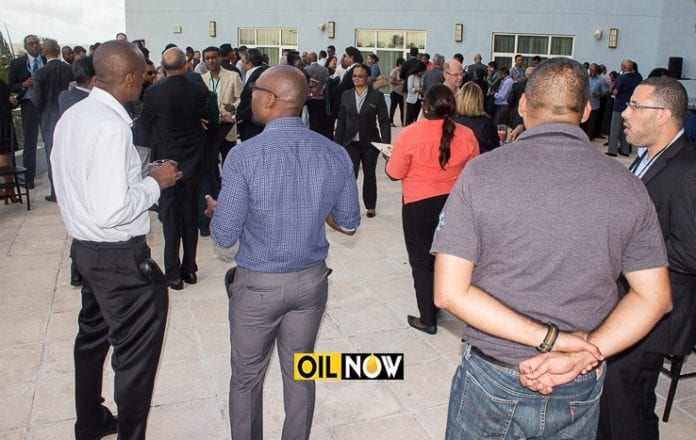 President of the Georgetown Chamber of Commerce and Industry (GCCI) Nicholas Deygoo-Boyer believes that Guyanese businesses are at a disadvantage when compared to their Trinidadian counterparts due to their access to more capital and their lower hurdles to clear.

But he said that addressing this as a start can be strong local content policies and eventual legislation.

“We need to work together to encourage investment by Trinidad in a manner that benefits Trinidadian and Guyanese firms, especially the Trinidadian firms who set up more than a shell office with the address of the lawyer that incorporated [them], and the firms who hire and train local Guyanese and don’t repatriate all or most of the profits but instead reinvest it here,” Deygoo-Boyer said in a recent press statement. “How will we know those firms? They will not be the ones entering through the backdoor. They will come to the front door and shake hands with the local private sector.”

The GCCI president said that in order to strengthen the relationship between Guyanese and Trinidadian companies and not damage it further, formal policies need to be put in place such as a Local Content Policy and subsequent legislation, policies around investment promotion and strengthening of local businesses.

Deygoo-Boyer said, “We must welcome investment by our CARICOM brothers and sisters, and I encourage competition, but on a level playing field. Right now, the playing field is not level, Trinidad businesses can access larger sums of capital at lower rates therefore they can pay higher prices for assets as they have a lower hurdle rate.”

He said it is no secret that companies from both Guyana and Trinidad will be vying for the South American country’s petro-dollars. “Trinidad and Guyana have a long history together, but given what is before us, one can expect both countries’ private sectors to be vying to profit from extraction of Guyana’s newly found oil,” he said.

The GCCI has been front and centre in the debates surrounding local content policy and for Guyanese businesses to be given a fair chance at participating in the oil and gas sector.