OilNOWLatest News and Information from the Oil and Gas sector in Guyana
More
FeaturedNewsProductionRegional
Updated: May 1, 2017 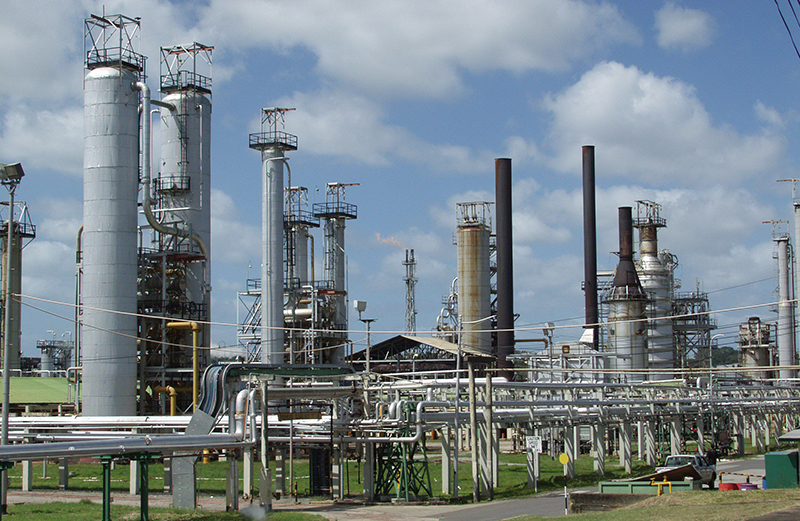 Trinidad and Tobago State owned Trinihas established a team to investigate the cause of the oil spill where hundreds of barrels of black crude flowed into the Gulf of Paria from a leak at the Pointe-a-Pierre refinery which occurred on Sunday.

The team will comprise of personnel from Petrotrin’s Health Safety and environment (HSE) and Operations Departments and representatives from the Oilfield Workers Trade Union (OWTU), the Trinidad Express reports.

Petrotrin stated that the spill occurred on land in the tank farm area, located on the north-western side of its operations, and at a considerable distance away from the Guaracara River. Containment and recovery efforts are focused in the marine area of the company’s Port operations at Pointe-a-Pierre, with no impact on the Guaracara River and neighbouring communities at this time.

“In order to safeguard the shorelines and neighbouring communities and as a contingency measure in the event of rainfall, additional containment booms have been deployed. Only cleaning solutions and materials approved by the Ministry of Energy and Energy Industries are being used to treat with the material that entered the marine environment,” Petrotrin said.

Petrotrin confirmed that 300 barrels of bunker fuel have entered into the Gulf of Paria after an oil fuel storage tank at Petrotrin’s bond facility ruptured.

A release stated that the while the leaked hydrocarbon material has been following a westerly trajectory, Petrotrin is cognizant of the fact that changes in tidal conditions may result in some impacting the southern shorelines. As a result, precautionary measures are being undertaken.

There has been a number of marine animals and birds which have been drenched in the oil and Petrotrin said that is working towards the implementation of an Oiled Wildlife Management Plan.

It stated: “ Working in tandem with its clean-up and recovery efforts, the Company has implemented its Oiled Wildlife Management Plan. Searches for birds and other wildlife impacted by the spill are continuing and those identified are being rescued and rehabilitated in established centres in Trinidad.”