OilNOWLatest News and Information from the Oil and Gas sector in Guyana
More
FeaturedNews
Updated: February 19, 2022 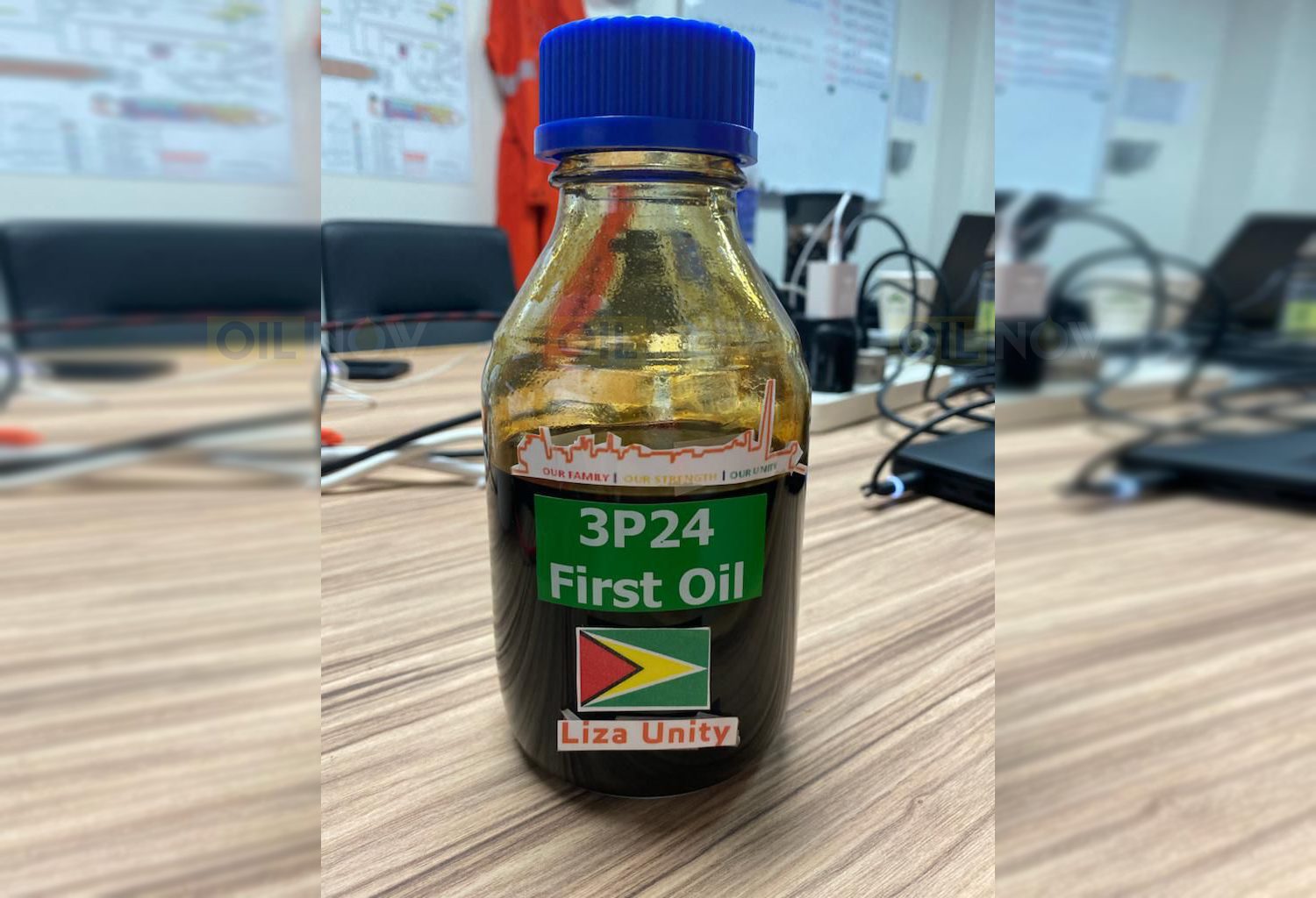 ExxonMobil’s latest offshore development to start-up in Guyana is producing a lighter and sweeter crude blend which analysts say is less carbon-intensive than other Latin American blends and even a little lighter than the original Liza.

According to an ExxonMobil pre-production assay for “Unity Gold”, the oil averages 33.5 API gravity and 0.42% sulfur.

The first FPSO, the Liza Destiny, began producing in December 2019 and reached maximum capacity of 120,000 b/d in December 2020. Its production capacity is expected to increase to more than 140,000 b/d gross this year following production optimization work, Hess Corporation, a 30% stakeholder at the Stabroek Block said.

A third development at Stabroek is under construction to produce at the Payara field, utilizing the Prosperity FPSO. It is on track for first oil in 2024 with production capacity of around 220,000 b/d gross.

A field development plan for a fourth Stabroek development at the Yellowtail field has been submitted to the Guyana government for review, along with application for environmental authorization. That FPSO should have a production capacity of about 250,000 b/d gross, with 2025 startup. Guyanese authorities have said this approval is expected soon, as a review of the Field Development Plan is underway and will soon wrap up.

At least six FPSOs with production capacity of more than 1 million gross barrels of oil per day are anticipated online at Stabroek by 2027, with the potential for up to 10 FPSOs to develop the gross discovered recoverable resources currently estimated at more than 10 billion barrels of oil equivalent.

The partners, which also include China’s CNOOC with a 25% stake, made two discoveries in January, Fangtooth and Lau Lau. That brings the total of significant Stabroek discoveries to over 20, excluding a few large appraisal wells.