OilNOWLatest News and Information from the Oil and Gas sector in Guyana
More
FeaturedNews
Updated: October 15, 2018 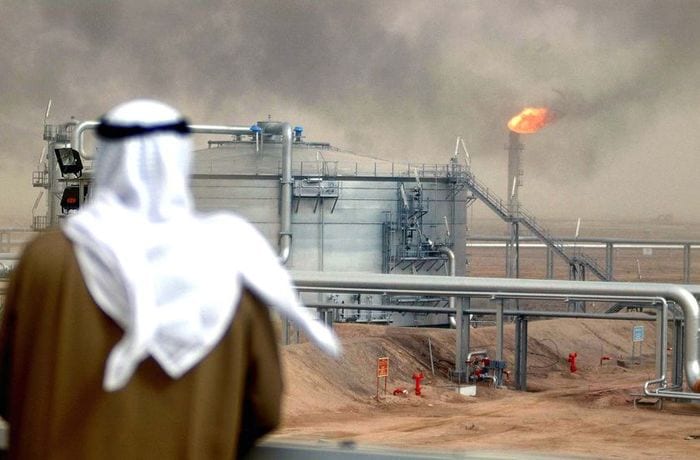 The global oil market that’s already being squeezed by U.S. sanctions on Iran is now being rattled by the risk of potential American action against another OPEC member, Bloomberg said in a report on Monday

Speculation is rising over whether Saudi Arabia will break with decades-old policy by using oil as a political weapon, as it vowed to hit back against any punitive measures after the disappearance of government critic Jamal Khashoggi. That followed U.S. President Donald Trump’s comments that he may take action against the world’s largest oil exporter.

While crude prices rose almost 2 percent after Saudi Arabia pledged to retaliate and said it had an “influential and vital role in the global economy,” it’s far from certain that it will use energy as a weapon. The kingdom’s warning on Sunday didn’t make an explicit reference to petroleum. And during a recent diplomatic spat with Canada, it continued to supply a refinery in the North American country even though Riyadh severed most other economic links.

If it does resort to wielding crude as ammunition — as it did in 1973-1974 when the kingdom led an oil embargo during a war between Israel and a coalition of Arab states — the move may spark far-reaching consequences for global financial markets and economies. While U.S. crude production rivals Saudi Arabia’s, America’s exports are much smaller. The kingdom is also a major supplier to Gulf Coast refineries as well as top buyers in Asia.

If the Saudis retaliate using oil, it would lead to “a calamity in Asia,” said Stephen Innes, Singapore-based head of Asia Pacific trading at Oanda Corp. “This would be so destabilizing for global markets that it would make the current trade tensions between the U.S. and China look like a game of Axis & Allies.”

Still, he cautioned that the countries may be exchanging idle threats and it would not be a politically prudent move for the Saudis to escalate tensions via oil supplies because it would inflict self-damage.

While the kingdom has denied any involvement in Khashoggi, U.S. administration officials are said to increasingly regard the kingdom’s position as untenable. President Trump and his aides are said to be more and more convinced that the Washington Post writer died after entering the Saudi consulate in Istanbul on Oct. 2 to pick up a document for his wedding.

A range of punishments are under discussion within the U.S. administration, from downgrading diplomatic relations or sanctioning Saudi officials to following major U.S. companies in withdrawing officials from an investment conference in Riyadh later this month.

Global benchmark Brent crude is already over $80 a barrel as impending U.S. sanctions on Iran take barrels out of the market, spurring economic turmoil in developing economies such as India. In America, Trump wants to tame prices before key midterm elections in November. Some traders have forecast prices will return to $100 a barrel soon as the Organization of Petroleum Exporting Countries struggles to fill a supply gap.

Roger Diwan, a veteran OPEC watcher at consultant IHS Markit Ltd., said the Saudi comments broke “an essential oil market taboo” and could be self-defeating. “Saudi Arabia threatening oil flows at a time when the U.S. is implementing sanctions on Iran exports in coordination with Saudi Arabia shows the tenuous position oil markets are in,” he said.

Turki Al Dakhil, who heads the Saudi state-owned Arabiya news network, wrote in an article that U.S. sanctions against Saudi Arabia could wreak havoc on the global economy by taking oil prices to $200 a barrel and more. Faisal bin Farhan, a senior adviser to the Saudi embassy in Washington, said on Twitter that these comments don’t represent the Saudi leadership. (Bloomberg)

Facebook
Twitter
Pinterest
WhatsApp
Linkedin
Email
Telegram
Previous articleWho knew? These countries are all oil producers
Next articleGuyana looking to learn from experiences of Newfoundland and Labrador as MoU on O&G cooperation is inked