OilNOWLatest News and Information from the Oil and Gas sector in Guyana
More
FeaturedNews
Updated: October 14, 2018

Who knew? These countries are all oil producers 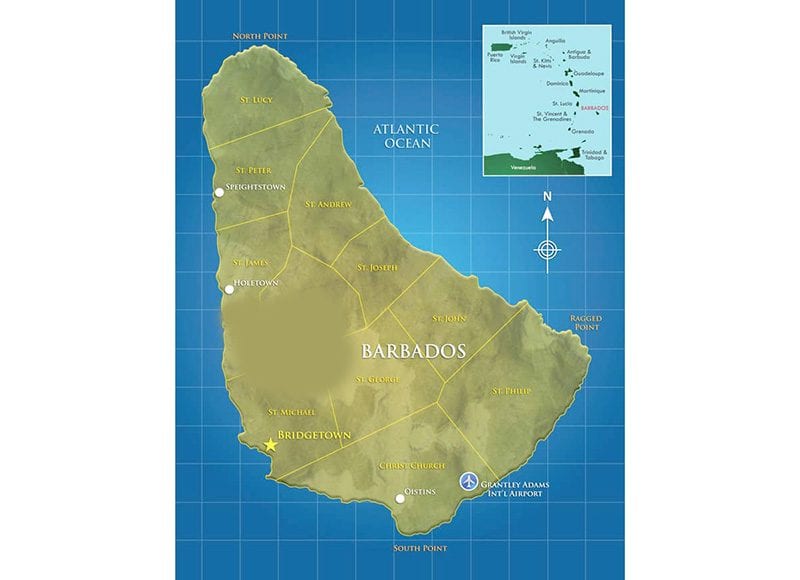 (New York Times) Some oil-producing countries are well known: The three top crude suppliers, of course, are Russia, Saudi Arabia and the United States. But almost 100 countries have tapped the oil reserves within their territories to produce a few barrels every day — the bottom-ranking, Slovenia, ekes out just five, according to the United States Energy Information Administration’s figures for 2016. We looked at eight other intriguing, lesser known oil producers, listing their ranking and barrel production per day.

There was evidence of onshore oil in this tiny, 166-square-mile island dating to colonial times, though in the 18th century, extraction consisted mostly of digging pits by hand and grubbing around to find the puddles of crude that resulted. The first machine-drilled well arrived in the 1890s, as part of the West Indies Petroleum Company, and soon the number had swelled to 240 extraction wells drilled to a depth of 2,000 to 6,000 feet. Most exploration of the Bajan oil reserves now centers on the village of Woodbourne, in St. Philip parish, close to the international airport, though production is declining. In response, the government has plans to reboot some of the dormant wells using carbon dioxide technology, although it must also battle with the looming challenge of closure of the Petrotrin refinery in nearby Trinidad, where all Bajan crude has been processed.

The New Zealand oil industry is a minor part of the nation’s economy: The $2.5 billion (New Zealand dollars) it contributes each year is just 1 percent of the overall gross national product. It was still an issue, though, when Prime Minister Jacinda Ardern announced caps on new energy licenses after taking office in October 2017. Opposition was centered near Taranaki, where exploration is concentrated. Nonetheless, Ms. Ardern was carrying through on campaign promises. Her goal is to reduce the country’s greenhouse gas emissions to zero by 2050. Various initiatives support that aim, from a plan to plant 100 million trees, to the cap on new oil-drilling permits (there are 31 currently active, all but four of which are in production). Ms. Ardern’s proposal would effectively eradicate the industry when the last such license expires, in 2030, though her government has said case-by-case consideration remains possible.

The Netherlands is synonymous with the business of oil, thanks to companies like Royal Dutch Shell, the sixth-largest corporation in the world. But it also has a history of production, mostly centered on Drenthe, where van Gogh lived and worked in a different kind of oil. It was the Shell forerunner BPM that undertook oil exploration here in the 1930s, before production began in the following decade. It lasted until 1996, when the high cost of extraction effectively terminated the onshore facilities. You can still see derelict pumps dotting the landscape. Recent technological advances, especially pumping steam into the oil in the substrate to make it more fluid and easier to extract, kick-started the homegrown oil industry.

The British-New Zealand geologist Maj. Frank Holmes was known as Abu Naft or Father of Oil in Bahrain, after securing the first oil concession there in the 1920s. He found oil soon after. Until then, the island nation in the Middle East had been widely known for pearl diving, but it would become the first oil producer in the gulf. The Sunni-run kingdom has both onshore and offshore reserves — in a field shared with Saudi Arabia — but has long been a small producer, refusing to join the OPEC cartel. Bahrain’s slumbering industry was jolted back to life this spring, when a vast new shale reserve was discovered off its west coast. It is being assessed to see how much of the oil can successfully be reached via fracking; experts assume it will eventually produce at least 80 billion barrels and so drive the island to a higher rank in the global production table.

Greece is the world’s third-largest producer of oil — olive, that is, with 350,000 tons annually. That’s one-and-a -half times as much as the crude it pumps out of its fields; even that production does not come close to covering domestic demand, forcing the government to import 60 percent of its needs from Russia. This could change, however, if initial exploration reports pan out. Some scoffed when former Prime Minister Antonis Samaras pinned hopes of an economic recovery on crude during Greece’s darkest days of austerity, claiming that the country had ample untapped reserves. Mr. Samaras can scoff now: Recent exploration suggests that there are at least three billion barrels of oil under the Ionian Sea and around the island of Crete. Hydrocarbons have been confirmed in the seabed of the eastern Mediterranean, off the coasts of Egypt, Cyprus and Israel, and the geological similarities with the waters off Greece are promising.

Oil production here is relatively recent, dating to the 1980s, though the nation imports more than half its daily consumption. Most of the country’s oil comes from fields dotting the Gulf of Thailand — the largest by far is the Chevron-operated Benjamas in the north Pattani Trough. The state-owned oil company, PTT, is also a major force in domestic and international energy, and is the only Thai company on the Fortune Global 500.

Venezuela may be South America’s headline-grabbing producer, but there’s stealth competition from an unlikely source: Argentina, which has the fourth-largest shale oil reserves in the world. If its president, the entrepreneurial Mauricio Macri, follows through on his plans for the energy sector, oil could lift the country from its economic doldrums. Mr. Macri has adopted more business-friendly rules, including reducing operating costs by minimizing the power of unions, and has championed public-private partnerships to operate in competition with Argentina’s state-owned oil company YPF, which has long effectively held a monopoly. Mr. Macri says he believes that the path to exploiting Argentina’s overlooked oil reserves is via public-private partnerships. So, later this year, Shell, Equinor (formerly Statoil) and other major companies will bid on new offshore exploration rights.

A rusty truck and a few old pumps mark out the French Oil Museum in Merkwiller-Pechelbronn. It’s a dusty tribute to an industry that once dominated the eastern province of Alsace. Oil here was easy to retrieve — so close to the surface that local boars would often be spotted rolling in the puddles, which formed after leaks — and so became a major economic force in the area, peaking in the 1920s when more than 650 wells dotted the landscape. Almost a century later, barely a dozen are active; it was the discovery of abundant oil reserves in the then-French Sahara in the 1960s that effectively ended Alsace’s oil-powered boom. That should dwindle further after President Emmanuel Macron’s government announced in December that all oil and natural gas exploration would be outlawed on French soil by 2040.