OilNOWLatest News and Information from the Oil and Gas sector in Guyana
More
ExplorationFeaturedRegional
Updated: November 3, 2018 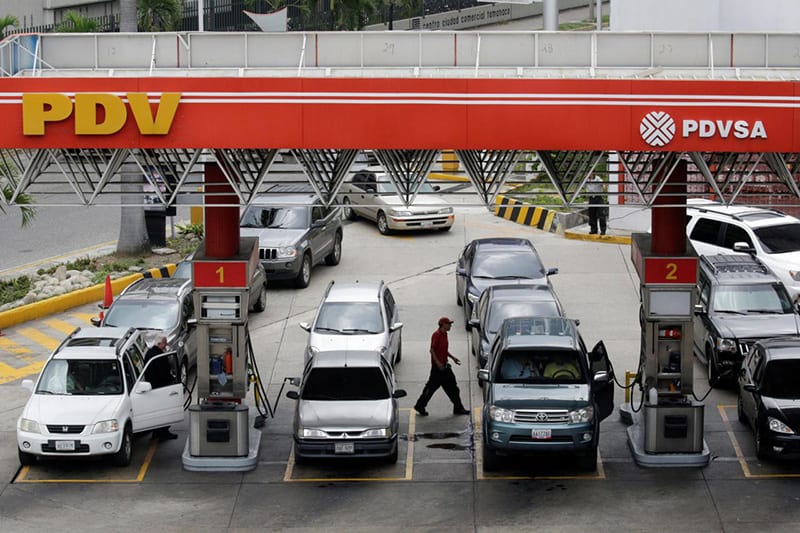 (Argus) Venezuelan state-owned PdV has nearly exhausted its motor fuel stocks, forcing up to 80pc of the country’s more than 2,700 service stations nationwide to suspend sales until further notice, according to four senior officials with the federation of oil unions (FUTPV).

“The national gasoline deficit is the worst it has ever been,” one of the officials said. “Venezuela could be completely out of gasoline and diesel for vehicles in as little as a week.”

Argus witnessed hundreds of vehicles in lines stretching over a mile at six service stations in eastern Caracas yesterday and today. The station operators said PdV halted gasoline and diesel deliveries completely over the past 72 hours.

Service stations in the capital region normally are resupplied up to three times per week.

Senior oil union officials in the capital and the states of Anzoátegui and Zulia said the fuel shortage stems from the nearly complete shutdown of PdV’s refineries, the suspension of fuel imports for financial reasons and the breakdown of all but 250 of PdV’s more than 1,400 tanker trucks used for local distribution.

Venezuelan gasoline and diesel have long been sold for next to nothing. With PdV´s refineries largely shut down, the Opec country is increasingly dependent on imports and can no longer afford to keep supplying the local market. The government in recent months pledged to charge international prices for fuel sold to Venezuelans without a government-issued homeland identity card, as a way to rationalize consumption and curb smuggling to neighboring countries, mainly Colombia. But many Venezuelans resisted, and new card-reading systems at service stations were never properly installed.

Local refineries, which have total nameplate capacity of 1.3mn b/d, are barely operating. according to oil union officials on site at some of the facilities, including the 940,000 b/d CRP refining complex, comprised of the 635,000 b/d Amuay refinery and nearby 305,000 b/d Cardón refinery.

“Cardón hasn´t been processing any crude for two weeks and Amuay is currently running only 20,000 b/d,” Freites said.

The 140,000 b/d El Palito refinery on the coast of Carabobo state and the 190,000 b/d Puerto La Cruz refinery in Anzoátegui are effectively halted because of crude supply deficits and unit breakdowns.

PdV reduced imports of some products last month ahead of paying close to $1bn in bond principal and interest due on 27 October. “But naphtha imports appear to have increased since September so that PdV can produce more DCO for export to pay its debts to China and other partners,” Bodas added, referring to diluted crude oil (DCO), a mix of Orinoco extra-heavy crude and diluent in the form of naphtha.

Since early October PdV also has been diverting crude supplies that had been earmarked for its local refineries in an effort to reduce debts it owes its joint venture partners by delivering crude shipments in lieu of cash.

The energy ministry and PdV have not commented on Venezuela’s growing fuel deficit.