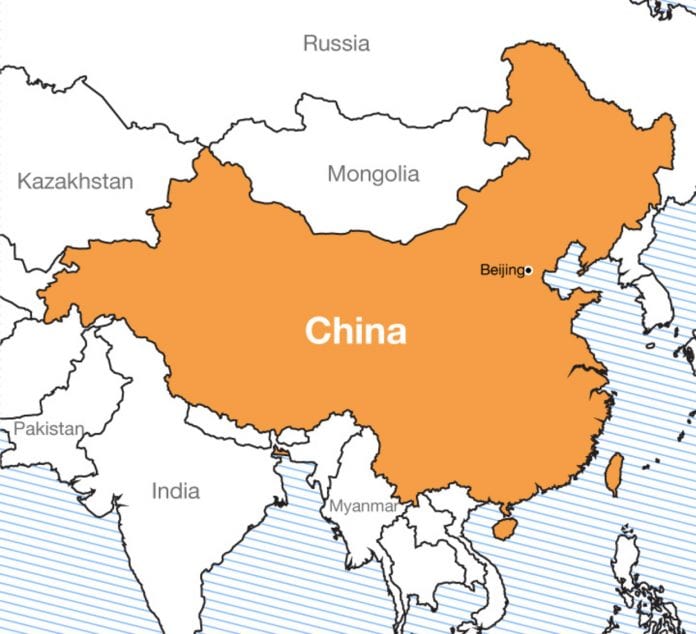 (CNBC) China is looking to make a major move against the dollar’s global dominance, and it may come as early as this year.

The new strategy is to enlist the energy markets’ help: Beijing may introduce a new way to price oil in coming months — but unlike the contracts based on the U.S. dollar that currently dominate global markets, this benchmark would use China’s own currency. If there’s widespread adoption, as the Chinese hope, then that will mark a step toward challenging the greenback’s status as the world’s most powerful currency.

China is the world’s top oil importer, and so Beijing sees it as only logical that its own currency should price the global economy’s most important commodity. But beyond that, moving away from the dollar is a strategic priority for countries like China and Russia. Both aim to ultimately reduce their dependency on the greenback, limiting their exposure to U.S. currency risk and the politics of American sanctions regimes.

The plan is to price oil in yuan using a gold-backed futures contract in Shanghai, but the road will be long and arduous.

“Game changer it is not — at least not yet,” said Gal Luft, co-director of the Institute for the Analysis of Global Security, a Washington based think tank focused on energy security. “But it is another indicator of the beginning of the glacial, and I emphasize the word glacial, decline of the dollar.”

Beijing faces skeptical global oil markets and global perceptions it exerts too much state control. Those factors will hinder its drive to build a viable oil pricing benchmark that’s able to compete with more established benchmarks like West Texas Intermediate or Brent (both dollar-denominated).

The architects of the “petro-yuan” face an uphill struggle in dislodging the “petrodollar” and, with it, more than four decades of U.S. dollar-priced oil. Attracting interest from entrenched and active markets in Europe, the U.S. and the Middle East — used to price more than two-thirds of the world’s oil worth trillions of dollars – poses another major challenge.

“Many, many futures contracts are launched because they make some sense from a logical market point of view and they get a lot of attention. But then they die because the key is liquidity,” said Jeff Brown, president at FGE, an international energy consultant.

There is really only a handful of truly global oil contracts from which all else is based, Brown explained, adding: “It will be extraordinarily difficult to change that.”

Another obstacle standing in the path of China’s ambitions to price oil in yuan is the currency itself. The yuan is not yet fully convertible; it’s fixed daily, prone to intervention and subject to capital controls.

Given that regime of tight control over the currency, many global players are likely to assume a yuan-denominated oil benchmark would be firmly under Beijing’s thumb.

“My biggest reservations are the role of the Chinese central government, potential state intervention and favoritism toward Chinese companies,” said John Driscoll, director of JTD Energy Services in Singapore and a former oil trader whose career spans nearly 40 years.

“Will the contract create a level playing field? The biggest challenge in global oil markets may be ensuring that no country or entity garners a dominant advantage,” Driscoll added. “China may be world’s fastest growing and most formidable energy consumer, but its central government plays a dominant role in the energy sector.”

Beijing is likely to lean heavily on state-owned oil companies to adopt the yuan-based contract in an effort to drum up activity and generate sufficient liquidity — the lifeblood of any financial instrument. But despite the scale they bring, involving such state-backed players risks discouraging participants outside China.

The main hope for the survival of a yuan-based oil futures contract, according to FGE’s Brown, is that the government pushes the Chinese national oil companies onto the exchange.

Still, he added, “Most counterparties will not want anything to do with this contract as it adds in a layer of cost and risk. They also don’t like contracts with only a few dominant buyers or sellers and a government role.“

Beijing is plowing ahead regardless, and state-run media reported in September the plan was “moving swiftly.”

To support the new benchmark, China has opened more than 6,000 trading accounts for the crude futures contract, Reuters reported in July.

The market’s response to the yuan-priced oil benchmark is likely to be lukewarm at first, “but could grow over time, especially if it sparks other commodity hedging tools,” said Rachel Ziemba, managing director of emerging markets at Roubini Global Economics.

China is likely to approach its main crude oil suppliers in the Middle East, Russia and Asia — some of who already accept the yuan as payment — to price their cargoes off a Chinese benchmark.

The petro-yuan is “well-advanced” and already “structurally in place,” Kiener added: “As China is an importer it will push harder to get yuan contracts.”