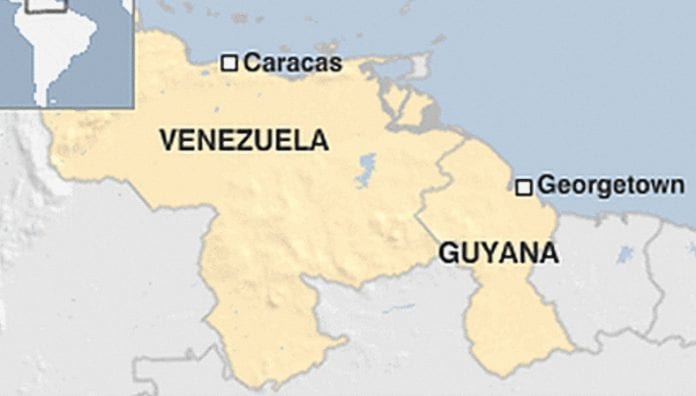 Former President of Guyana and current Leader of the Opposition, Bharrat Jagdeo, is of the view that public disclosure of the petroleum contract with US super-major ExxonMobil will not jeopardize the South American country’s national security.

The agreement, signed on June 14, 1999, two months before Mr. Jagdeo became Head-of-State, was not released to the public at the time, nor during the 12-year period he functioned as President.

The issue of public disclosure has taken centre-stage in recent months with calls being made by civil society and the business community for the new multi-party coalition government to release the details of the petroleum agreement which paves the way for oil production, set to begin in the country by 2020.

But the new government has said a territorial claim by neighbouring Venezuela which seems set for a juridical settlement, coupled with a clause in the Petroleum Act, are the main reasons it has not released the details of the agreement.

Regarding the territorial claim, the government has said Venezuela could seek to use information in the petroleum agreement to its advantage, and as such, based on legal advise, it is not prepared to publicly release the details at this time.

“Our government has indicated that they are two reasons why they cannot make the contract available: national security; but I think most people in Guyana recognize that it is a red herring, and has absolutely no merit…the information in the contract will not have any impact on our border issues and a lot of the information about the size of the find, etc. is already in the public domain,” Mr. Jagdeo said.

Regarding the confidentiality clause in the Petroleum Act, he said, “The Principal act was signed by Late President Desmond Hoyte in 1986 and there were two amendments to the Act in 1992 by Mr. Hoyte himself and it speaks to the assignment of responsibility and has nothing to do with non-disclosure, and then an amendment in 1997, signed by Samuel Hinds, who was President, and has absolutely nothing to do with non-disclosure clauses, only about increase penalties for offenses.”

Minister of Natural Resources, Raphael Trotman, told OilNOW in a recent interview government and ExxonMobil will need to sit down and chart a way forward regarding the disclosure of information related to agreements for petroleum exploration and production in the country.

PPP in favour of ‘targeted cash transfers’ from oil revenue

Open remaining oil blocks to competitive auction or keep them –...