OilNOWLatest News and Information from the Oil and Gas sector in Guyana
More
News
Updated: December 27, 2017 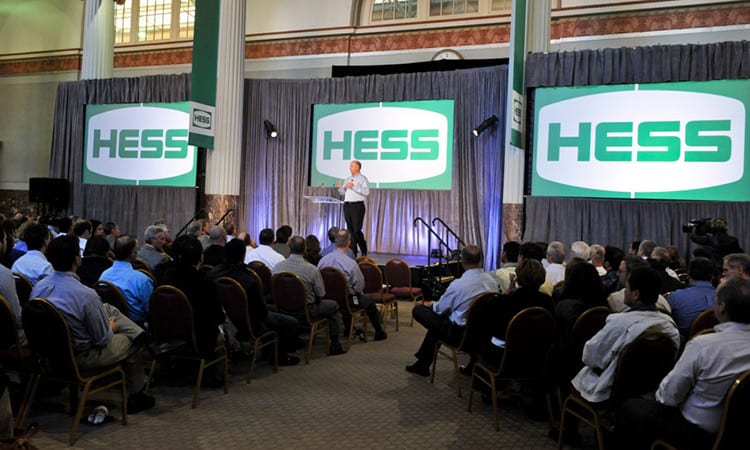 Hess Corporation on December 22, 2017 announced that it had completed the previously announced sale of its subsidiary Hess Norge, which owns interests in the Valhall and Hod fields in Norway, to Aker BP ASA for total proceeds of $2 billion, effective January 1, 2017.

“We are high grading our portfolio by investing in our highest return assets and divesting mature, higher cost assets,” CEO John Hess said according to a corporate press release. “This strategy is enabling us to prefund our world-class opportunity in Guyana, return capital to shareholders and reduce debt, while at the same time significantly lowering our cash unit costs and bolstering our company’s balance sheet.”

Hess Corporation is a leading global independent energy company engaged in the exploration and production of crude oil and natural gas. It is a joint venture partner along with developer ExxonMobil and China’s CNOOC Nexen in Guyana’s Liza field in the Stabroek Block offshore, slated to commence production in 2020.