OilNOWLatest News and Information from the Oil and Gas sector in Guyana
More
NewsProduction
Updated: May 7, 2017

Oil hovers near $46 as shale revival cancels out OPEC efforts 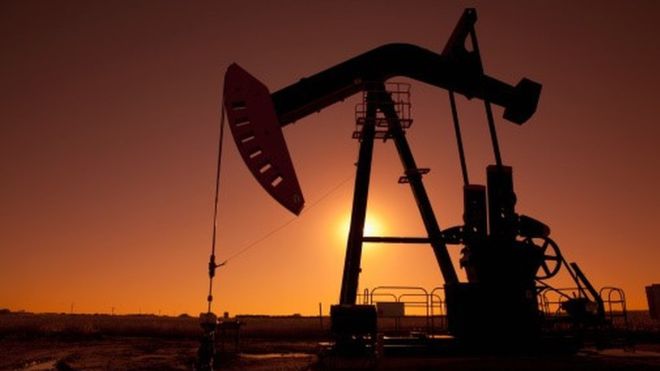 NEW YORK (Bloomberg) — Oil hovered around $46/bbl in New York, back to levels last seen before the OPEC deal, as the shale revival appears to be making the group’s cuts ineffective.

After dipping below $44 Friday, futures pared some of this week’s 6.5% plunge. But they remain near their lowest since the Organization of Petroleum Exporting Countries signed a six-month deal to curb production in November. Meanwhile, shale drillers are pressing ahead with their longest expansion since 2011. Market volatility and trading volumes surged.

“What we’ve seen in terms of the rebound (on May 5) is really just a bit of a correction following an oversold market over the past several days,” Michael Tran, a commodities strategist at RBC Capital Markets in New York, said by telephone.

OPEC’s curbs drove oil above $55 at the start of the year, encouraging U.S. producers to ramp up drilling. The result has been an 11-week expansion of American production, the longest run of gains since 2012. Prices are still more than 50% below their peak in 2014, when surging shale output triggered crude’s biggest collapse in a generation and left rival producers such as Saudi Arabia scrambling to protect market share.

Oil market volatility, as measured by the CBOE/Nymex Oil Volatility Index, jumped to the highest level since December. The U.S. benchmark’s 14-day relative strength index fell below 30 for a second day, signaling the commodity is oversold.

West Texas Intermediate for June delivery rose 64 cents to $46.16/bbl at 1:30 p.m. on the New York Mercantile Exchange, after dropping as much as 3.9% earlier. Total volume was almost double the 100-day average. The contract sank 4.8%Thursday.

Brent for July settlement rose 63 cents to $49.01 after slumping as much as 3.6% earlier on the London-based ICE Futures Europe exchange. Prices are down 5.4% this week, heading for a third weekly decline. The global benchmark crude traded at a premium of $2.48 to July WTI.

Oil’s retreat Thursday stoked declines in other commodities from iron ore to industrial metals. The deterioration in sentiment also carried through to the currency market.

The selloff on Thursday was also due to “broad macro concerns regarding the Chinese economy. The entire commodity space was weaker,” Tran said.

While OPEC is likely to prolong curbs for a further six months, American shale supply remains a concern, according to Nigeria’s oil minister. The U.S. oil rig count has more than doubled from a year go to 703 this week, according to Baker Hughes Inc. data.

Russia’s energy minister said Thursday that the country thinks it will be necessary to extend its agreement with OPEC beyond June. U.S. crude production rose to 9.29 MMbpd last week, the highest level since August 2015, according to the Energy Information Administration.

OPEC will meet May 25 in Vienna to decide whether to extend the deal.

“Clearly, the faith in the OPEC and non-OPEC deal has just been obliterated. There are whispers and rumors out there that the deal won’t even get extended,” John Kilduff, a partner at Again Capital LLC, a New York-based hedge fund, said by telephone. “The proof just hasn’t been in the pudding in terms of this accord.”