OilNOWLatest News and Information from the Oil and Gas sector in Guyana
More
News
Updated: April 17, 2018 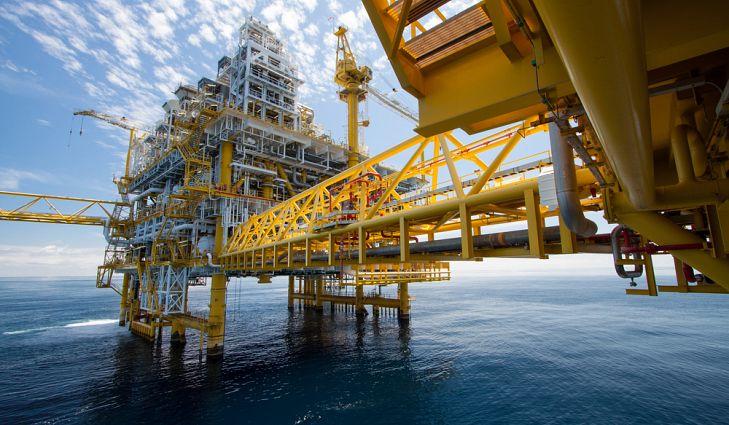 Analysts were bearish on Exxon’s prospects for 2018. The stock spent the first few months of 2018 taking a deep dive. But looks can be deceiving. Exxon has made two big recent discoveries. First there’s a huge find offshore in Guyana…

The demand for new production was matched with a push for greater efficiency, and greater profitability. Last year, the mantra was “drill baby drill”. This year, it’s “show me the money”.

Hess is right. Oil prices are rising, and that’s pushing investment up for the first time in three years. Forget the larger volatility in the market right now. Demand for fossil fuels will continue to grow, and after years of shrunken investment future supply will be tight, sending prices up.

Money is pouring into conventional oil and gas. And everyone’s getting in on the action, from the international majors to small firms sitting on top of huge new discoveries.

Here are five companies set to take off:

Arguably the biggest name in oil, Exxon struggled in 2017. Its production was down, and it faced reduced cash flows. Analysts were bearish on Exxon’s prospects for 2018. The stock spent the first few months of 2018 taking a deep dive. But looks can be deceiving. Exxon has made two big recent discoveries. First there’s a huge find offshore in Guyana: a field that could produce 500,000 bpd – and drilling has already begun.

A second big find is in the Permian Basin, where Exxon has been shifting more and more of its focus.

To develop these new finds, Exxon plans a big increase in capital expenditure. Capex took a hit after the price crash of 2014, but Exxon hopes to increase capex to more than $25 billion in 2019 and $30 billion by 2030, according to Bloomberg.

Exxon is spending big and hoping investors stick with it. In time, profits will climb with prices and Exxon will be able to match its big spending with even bigger returns. And it’s not being coy: Exxon projects profits to double over the next seven years.

This tiny $16 million market cap company can earn into one of the biggest oil treasure troves in African history. An ocean of oil, buried within the sandstone and shale of Sudan.

Stamper Oil & Gas has a Memorandum of Understanding with State Oil Corporation. State can farm-in up to a 50% interest in Sudapet’s interest in the Al-Rawat field.

The estimated probable reserve of the Al-Rawat field is impressive: around 182 million barrels with significant potential room to grow. And its oil that most of the other companies have totally missed. 10 years ago, a Chinese firm explored the same area, and came up short. But that’s because they were searching for structural deposits. The Sudanese oil is locked away in stratigraphic basins.

Stamper’s technical expert, George Fulford, is on its technical advisory board and has an almost perfect success rate when it comes to drilling in Sudan, and he thinks this discovery is “one of the last great finds” left on earth.

The Sudanese have already drilled and tested an exploration well and achieved a flow rate of 2255 bpd. Operators of Block 25 have 6,000 bpd ready to produce and will add additional wells as they come on line. And that’s not all. The Chinese firm invested hundreds of millions of dollars in seismic and drilling before it abandoned its search for structural deposits, and now Stamper can reap the benefit.

The management team at Stamper includes CEO David Greenway, who has 20 years of experience in managing and financing small-cap resource firms. Board Chairman Lutfur Rahman Khan has worked in Sudan for years, has countless contacts, and successfully turned a 12.2 million-acre Sudanese play into a massive reserve of 1 billion barrels.

CFO David Alexander has 30 years of experience in international finance, and has helped identify stressed assets and developed a framework to realize value from those assets in excess of $1 billion. As CFO of Arakis Energy Corporation in the early 1990s, Mr. Alexander helped managed that company’s growth from startup to over a billion barrel in reserves primarily in Sudan. Arakis was subsequently sold to Talisman Energy.

And, of course, there’s George Fulford – “Mr. 99 percent”. Fulford has 40 years of geological experience and worked in Sudan from 1994 to 2003, where he supervised more than 77 successful site selections.

Shares in the energy giant Chevron fell 14 percent from their highs in January, diverging from gains in the price to slip into correction territory. Chevron has outperformed rival Exxon, gaining 23 percent against Exxon’s 13 percent loss. It came through the end of 2017 with an apparently strong performance report, earning $3.1 billion.

But that included a big bonus from the revision to the U.S. tax code, to the tune of $2 billion. So the strong earnings were largely based on a technicality, hiding the weaker fundamentals underneath. The stock tumbled 10.9 percent in February once investors got wise. But that doesn’t mean Chevron won’t bounce back.

Forbes calculated Chevron would exceed expectations in 2018, thanks to its strong Natural Gas Liquid (NGL) production. That means that the recent correction, at a time of intense market volatility, should prove temporary.

Chevron could be a strong Buy candidate, with savvy investors snapping up shares before strong performance reports in 2018 lifts the price back up.

Surprise! The best-performing U.S. oil producer over the last twelve months is Conoco-Phillips. The company’s share price has gained 30 percent over the last year, compared to Exxon’s 10 percent increase. Looking ahead, it expects a steady rise in revenue based on increasing crude production, though the company is banking on rising oil prices to shoulder some of the weight.

ConocoPhillips is the largest single U.S. shale driller, but it’s looking to diversify. It plans to sell off $250 million in assets in the Permian, the massive shale field in West Texas, and is turning its attention to new investments in Canada.

CEO Ryan Lance thinks it’s time for investors to get back into the oil game: exposure to oil and gas is low, and most investors are “underweight in energy,” he told CNBC. After a successful 2017, Conoco-Phillips could definitely see another run of strong performance this year, particularly if prices continue to rise.

Turns out one of the biggest oil companies is also the smartest. France’ Total SA made a play for Marathon Oil’s Libyan assets, and scooped up a 16.33 percent stake for $450 million. For some of the best crude in the world, that’s a bargain.

With the acquisition, Total gains access to 500 million barrels in the massive Sirte Basin. An immediate stream of 50,000 bpd will be available. While other majors, including Exxon and Chevron, shift attention to North America, Total is doubling down on the Middle East.

It’s the first Western oil company to sign a deal with Iran and has added projects in Abu Dhabi and Qatar. While the risks in the region are much higher than in the Permian Basin, Total sees profit in seeking out bargains in the Middle Eastwhile production costs rise in North America.

It’s betting that demand will remain strong, something other majors like Shell and BP aren’t so sure about. And that will require increased output from high-yield fields close to markets. Total sees no reason to join the shale gold rush, when there’s crude aplenty in Libya and the Persian Gulf.

Another company readers should also pay close attention to is Transocean:

Transocean (NYSE: RIG) This offshore rig giant has been through the ringer and might have been left off everyone’s radar while its aging rigs collected dust because producers weren’t willing to foot the bill for expensive offshore operations when oil prices can’t support new projects. But there’s a new CEO in town, and while Transocean at first looked like it would be the first ship to sink, that’s not the viewpoint now.

More specifically, Transocean is in talks with multiple customers for new floating contract opportunities this year and next, and management has said that the company may have a contract to reactivate its DDI rig for up to seven months offshore Australia. The growing consensus is that Transocean is ready to absorb more market share.