An oil fund for Guyana – the role of fiscal institutions 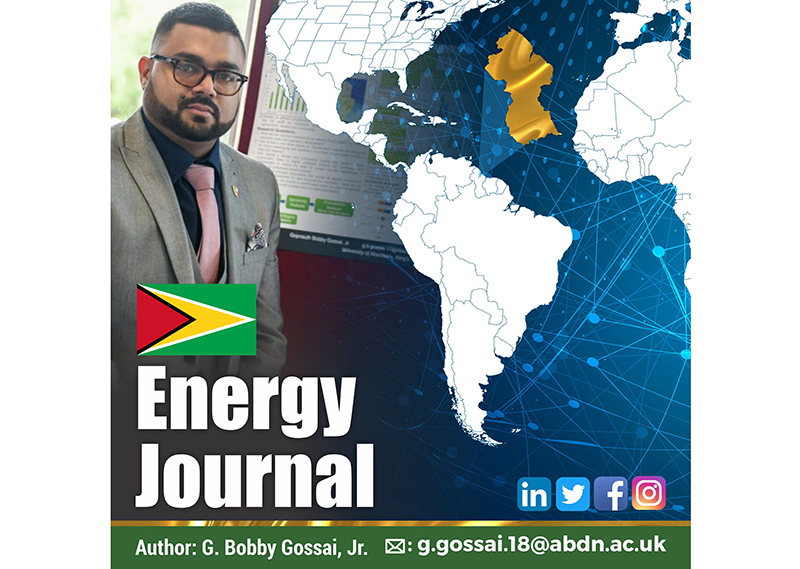 Guyana has been blessed with an abundance of energy resources. For the next 40 years our economy will become a major producer of oil and gas. Hydrocarbons development is at the heart of Guyana’s future prosperity and a cornerstone of our new economic trajectory. Guyana’s oil and gas resources confer a tremendous economic opportunity. The Guyana offshore basin will support many jobs in Georgetown and will become one of the region’s largest petroleum hubs. The industry will also generate huge revenues for the public purse.

Guyana’s potential oil and gas reserves are substantial. With already 5 billion barrels of oil equivalent estimated and more discoveries to happen, the evolving figure will be even higher. Based on current trends these reserves could provide a significant economic windfall and with good management, will provide many years of production and local employment.

As such, for a new and soon-to-be oil-producing country (OPC), Guyana must be able to benefit from the fluctuations in oil prices, for the years to come, with important implications for its external and fiscal balances. Hence, the effective management of the macro economy and the oil revenues must be established by ensuring that fiscal responses are implemented through the use of special fiscal institutions (SFIs) – oil funds, fiscal rules and fiscal responsibility legislation (FRL), and budgetary oil prices – in fiscal management of an emerging OPC (Ter-Minassian 2007).

Higher oil revenues will allow Guyana an opportunity to increase public spending on priority economic and social goals, which can be an appropriate response to rising oil prices. However, many oil-producing countries that increased spending rapidly show low indices of government effectiveness, which may raise questions about their ability to use the additional resources effectively. This also highlights the trade-offs between pressing developmental needs and the institutional ability to address these needs effectively and efficiently. Thus, these needs must be assessed on the basis of a sustainability benchmark, the long-term fiscal sustainability and the ability to allow for an expansion in non-oil primary deficits. Therefore, Guyana must be cautious to not be vulnerable to oil shocks and the possible need for large fiscal and monetary adjustments. This can be done through the establishment of SFIs aimed at enhancing fiscal management and helping to achieve broader fiscal policy objectives.

The Purpose of an Oil Fund

Oil and gas revenues represent a significant economic windfall and create new opportunities for countries with reserves. Their value is reflected in the numbers of jobs and level of investment directly supported by the oil and gas sector, and in the economic activity indirectly generated by the industry.

Guyana will benefit significantly from the discovery of oil and gas reserves in the offshore basin. Unlike other sources of the country’s wealth and economic growth, oil and gas reserves are non-renewable and once a barrel of oil or cubic metre of gas has been extracted, it cannot be re-produced. The lifespan of oil and gas reserves varies from country to country. This may be many decades, especially if returns are used to finance increased exploration for new fields and assist the development of previously uneconomic fields. Ultimately, a point will be reached however, when oil and gas reserves have been exhausted.

The government, therefore, have important choices to make in the use of any oil and gas windfall. The one-off nature of this windfall has led many countries to consider innovative ways of using oil and gas revenues to ensure they provide a lasting return for the economy. The main means of doing so is through the creation of an oil and gas fund into which a share of the tax returns from oil and gas production is invested over the long-term.

The central stated purpose of such funds is sustainable resource management, ensuring that the returns from non-renewable oil and gas revenues can be converted into a renewable financial pool of wealth. Therefore, a country benefits from the income generated by a pool of assets, rather than depleting the value of the assets themselves and enables future generations to share the benefit of a country’s oil and gas reserves. The revenue from oil funds can also be used to assist in developing low carbon energy sources, thus providing an additional source of sustainability and inter-generational fairness. Furthermore, a fund can assist in responding to short-term macroeconomic shocks by providing a revenue source to offset an unexpected fall in tax revenue or a sudden increase in expenditure. These benefits have been starkly highlighted by the last economic crisis. During 2008 and 2009 oil prices exhibited significant volatility and public sector borrowing increased sharply throughout the world as governments tried to mitigate the effects of the downturn. In such circumstances an oil fund can shield a country from this volatility by providing governments with a revenue source to support their economies and offset falls in tax receipts.

Creating and growing an oil fund presents important economic and public policy challenges which must be managed carefully to achieve maximum benefits. Clearly, a large fund would require a significant share of oil and gas revenues to be saved, rather than spent in the short-term through the general government budget. This is likely to be especially challenging during periods where there are immediate short-term pressures on the public finances.

To ensure a stable and responsible pattern of investment in an oil fund over the long-term, a strong public finance framework is likely to be necessary. Such a framework can help to build public support for an oil fund and help manage short-term demands on spending and taxation. The financial framework for an oil fund can also be coordinated with macroeconomic policy to help maintain economic stability by ameliorating the effects of unpredictable flows of oil and gas revenues. Moreover, the experience of other countries suggests that full financial and/or political independence is not a necessary pre-requisite for the creation of an oil fund.

Further the experience with the recent oil boom highlights the importance of sound institutions and public financial management (PFM) systems, and of lengthening fiscal horizons to ensure the quality of spending and the sustainability of fiscal policies.

Under appropriate institutional frameworks, well-designed SFIs may help support sound fiscal policies, though they are not a panacea. Successful SFIs require strong institutions and political commitment. The development of SFIs should not detract from other more fundamental PFM and governance reforms as appropriate. In addition, international experience suggests the advisability of adopting some specific principles for the design and implementation of effective SFIs.

The development of the oil and gas industry is always subject to uncertainty; for example, future reserves and discoveries, future prices and costs. Notwithstanding those uncertainties, it can be said with some assurance that the sector will remain a vital part of the Guyanese economy over the coming decades and will continue to make a large contribution to the public finances.