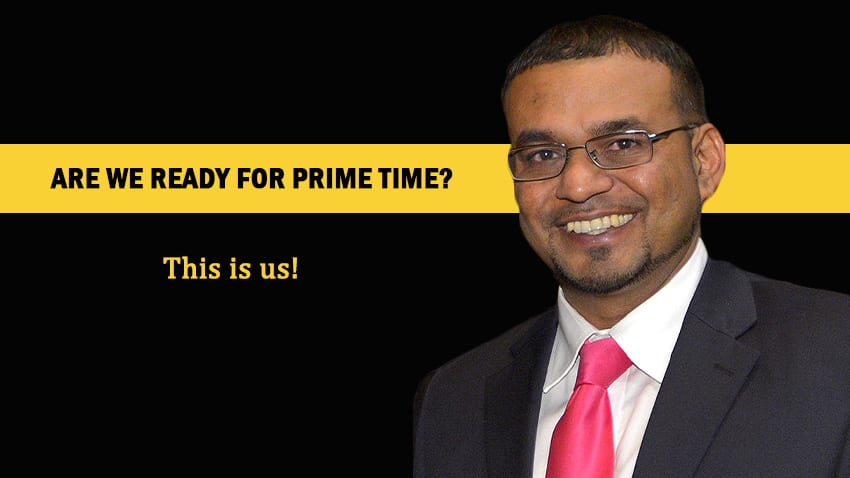 There is a television drama series with a catchy title –This Is Us! and it struck me that as Guyanese we have peculiar traits that define us and make us standout especially how we react to different situations. I would call these our ‘this is us’ moments.

And there were many  ‘this is us’ moments by the general citizenry, groups and society leaders following the confirmed discovery of a commercial quantity of hydrocarbon resources in Guyana’s continental shelf.

Weeks before the May 2015 elections, when there was an initial confirmation of commercial oil offshore, I recalled being asked by members of the public, and persons in the state apparatus and private sector whether this was true or just a hoax by the oil exploration company. It took much effort, while not divulging specifics, to remove those doubts. But for several weeks there was a feeling of doubt about the possibility of Guyana becoming a major oil producer.

Careful attention was paid to ensure that the discovery did not feature prominently in the 2015 elections campaign lest it be seen as a political tactic and further fuel the lingering doubt.

Once the post-elections hype subsided, ExxonMobil and the relevant government agencies started making more definitive pronouncements on the extent of the discovery. Plans were in motion to prepare Guyana for oil production. At this point, the general public and others moved seamlessly from a feeling of doubt to suspense. The reaction of many then was muted and the few who spoke were not too perceptive on this significant development.

This posture surely could be our default style of reacting to a significant event having transition from doubt to a state of silence/inaction. Many waited to see what others had to say or how they reacted.

Later, we then hit a brief period where we saw some level of disinterest. This was not across the board. There was the required hive of activities taking place to set Guyana on an early oil production footing.  But the buzz among people on this complex, detailed process in motion was not too evident.

People perhaps demonstrated this phase of disinterest given that the main action was not visible to them but some 110 miles off the coastline. A case of: out of sight, out of mind.

But this atmosphere changed quickly as the combined effort of the subject minister and the company saw a structured selective publicising of the relevant activities. This led to a better appreciation of the transformational potential of oil on the national economy in the medium to long term. The work of the Guyana Oil and Gas Association in nurturing this enhanced interest cannot be ignored.

Now that many were tuned-in to the promise of betterment once oil production starts, we were treated to increase news coverage, opinions and commentaries in the traditional media and the new media, particularly the social media platforms.

Several of these publications and comments were lacking either due to unfamiliarity with the subject matter or a deliberate effort to twist and slant the facts. We also saw a classic case of when there is a vacuum of timely, relevant disclosure; misinformation and inaccuracy become the order of the day.

The newly minted oil pundits quickly moved into high gear. They regaled certain media outlets and public spaces with their ‘take’ on the prognosis for oil and its effects on Guyana.  At times, it suggested as if an orchestrated campaign was in full swing to create feelings of suspicions and confusion among the population.

What was and perhaps still playing out is our national obsession with manufactured scandals and silly rumours. And the country’s oil quest journey has not escaped this nuisance.

Wisely, those at the receiving end denied oxygen to this pernicious pre-occupation by not responding to every induced scandal, rumour and blatant distortion of facts.

This act of manipulating facts and tainting major national endeavours is not new to Guyana and perhaps another  ‘this is us’ moment.

We saw similar scenes played out with previous major investments and transformational initiatives: BEAL aerospace investment; Berbice River Bridge; modernization of the sugar industry; revitalization of the bauxite industry; Muri Mountain exploration project; construction of Amaila Hydro-project; building of the Marriot Hotel, and the list goes on. And now the latest targets are the ExxonMobil Production Sharing Agreement, the new Demerara Harbour Bridge construction, and new housing projects, among others. Must some among us always overreach with their suspicions so as to question our people’s ability and will to take major leaps into new, exciting economic frontiers?

Comforting is the fact that the `this is us’ reaction is being challenged by a growing mood to engage and participate in the emerging oil sector. Constructive and informed debates and discussions on fair returns for our natural resources, local content to allow real, meaningful Guyanese participation, capacity building and training are the vibes we need.

We must demand transparency and accountability but at the same time temper our proclivity for unwarranted suspicions and the preaching of doom and gloom when the oil production sector cranks up.

Guyana will be the economic powerhouse of the English-speaking Caribbean in the near future and with this impending status we must ask ourselves whether the traits that define – this is us – will help us to be in the premier league or ready for prime time.

The writer Robert M. Persaud (robertmpersaud.com) is the Former Minister of Natural Resources and the Environment, and now the Managing Consultant of Georgetown-based Ipower Consultancy. Send feedback to: [email protected]