OilNOWLatest News and Information from the Oil and Gas sector in Guyana
More
NewsRegional
Updated: August 27, 2017 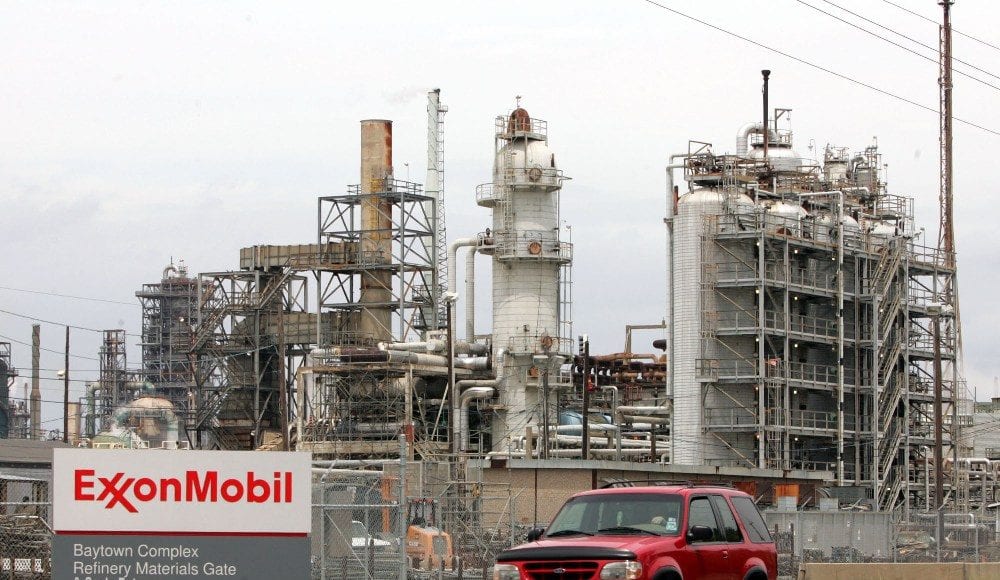 (CNN) Tropical Storm Harvey is tearing through one of the nation’s most important energy hubs. Throughout the Gulf Coast, key refineries and production facilities have been forced to close.

And rain and flooding are continuing to wreak havoc on Houston and the surrounding area. The devastating storm’s full impact on oil and gas markets remains unclear.

Exxon Mobil (XOM) on Sunday said it was shutting its Baytown refinery, the second largest in the country. The campus, about 25 miles east of Houston, can process up to 584,000 barrels of crude oil per day. It employs about 7,000 people.

Overall, the Gulf area is home to refineries and other operations that account for nearly one-third of the nation’s capacity to turn oil into gas, diesel and other products.

Patrick DeHaan, a senior petroleum analyst at GasBuddy, said Sunday that the storm’s full impact could soon come into focus.

“The real test will be tonight when energy markets open for electronic trading and we see in numbers how bad markets believe the situation is,” DeHaan said.

One factor that could lessen the impact of Harvey’s damage: The world has a glut of oil.

Additionally, about 22% of the oil produced in the Gulf of Mexico was shut down as of Sunday, according to the Interior Department’s Bureau of Safety and Environmental Enforcement. That amounts to nearly 379,000 barrels of oil per day.

The numbers were a slight improvement over Saturday, when about a quarter of oil production in the Gulf was closed.

The bureau also estimated Sunday that about 26% of natural gas production in the Gulf has been shut in.

Harvey made landfall as a Category 4 hurricane late Friday, but was downgraded to a tropical storm by mid-Saturday. But it continued to dump huge amounts of rain on Houston and cause dangerous flooding that could get worse.

Federal officials said Sunday that workers from 105 oil and gas production platforms had been evacuated. All told, 737 platforms in the Gulf are staffed with workers.

Harvey is the first major storm to seriously threaten the Gulf Coast energy sector in a while.

Hurricanes Gustav and Ike in 2008, as well as Hurricane Isaac in 2012, all knocked more than 1 million barrels of Gulf oil production offline, according to the EIA. Those hurricanes also temporarily disrupted refining capacity.

Hurricanes that land in Texas tend to have little impact on oil production, but more significant consequences for refining, according to Tom Kloza, chief oil analyst at the Oil Price Information Service.

Earlier forecasts showed Harvey staying clear of refineries in the Houston area, but the storm still threatened plants in the Corpus Christi region.

Harvey forced about 900,000 barrels per day of the state’s refining capacity to shut down, mostly around Corpus Christi, according to estimates on Saturday by S&P Global Platts.

Valero Energy reported Sunday that there were no “substantial refinery impacts” because of the storm. The company said it is working with government officials to figure out what it needs to do to resume operations.

Kloza said that normally refining is knocked offline for just a brief time, making the impact on prices fleeting. But that depends on the severity of the storm.

“Katrina was the exception,” Kloza said, referring to the 2005 storm that badly damaged Gulf Coast operations.

He predicted on Thursday that Harvey is likely to cause only a short-term jump in gas prices of 5 to 10 cents per gallon, though he said a 25-cent spike in a worst-case scenario was also possible.

The average price of a gallon of regular gasoline nationwide has ticked up a few cents in recent days, according to AAA.

“You’re talking about a situation where a month from now gas prices will probably be lower. But a week from now they’ll be higher,” said Kloza.