OilNOWLatest News and Information from the Oil and Gas sector in Guyana
More
NewsRegional
Updated: October 27, 2020 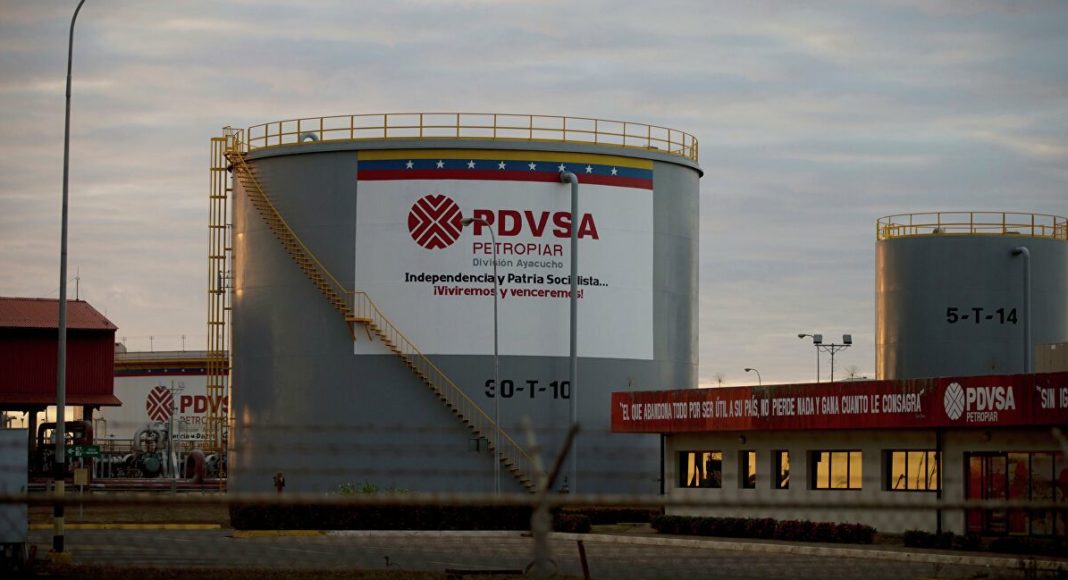 (Reuters) Crude inventories at Venezuela’s main oil export terminal, Jose, have hit their highest levels since August as customers shy away from state oil company Petroleos de Venezuela due to U.S. sanctions, a document seen by Reuters on Monday showed.

Storage levels at Jose reached 11.8 million barrels as of Saturday, more than double the 5.6 million barrels registered a month earlier, and just 3 million barrels of storage space was available. The surge in inventories, coupled with the drop in available storage tanks, could force PDVSA to slash crude production as it did earlier this year.

The jump comes ahead of a deadline set by the United States for the few remaining established oil companies that still trade with PDVSA – including Spain’s Repsol SA , Italy’s Eni SpA , and Thailand’s Tipco Asphalt PCL – to wind down such dealings.

Just one tanker, the Antares Shine, is scheduled to load at Jose, the document showed. It was expected to load 1 million barrels of Merey 16 crude, Venezuela’s flagship grade, for Tipco between Oct. 23-25, according to the document, but Refinitiv Eikon vessel tracking data show it has not finished loading.

PDVSA did not immediately reply to a request for comment.

Venezuela’s crude exports jumped in September as PDVSA’s long-term customers rushed to import oil ahead of the deadline, allowing the company to boost crude blending and upgrading at the Sinovensa and Petropiar facilities at Jose, jointly operated with China’s CNPC and California-based Chevron Corp , respectively.