The life of a well: Part 2 – Drilling 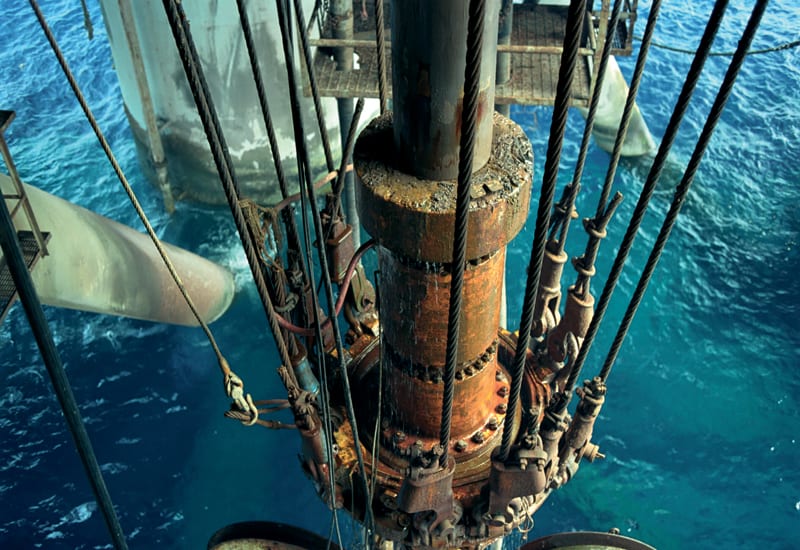 In keeping with the goal of the Paris Agreement which calls for a limit to the increase in global...
Read more

Following its latest assessment of the economy’s performance for the year 2019, the Government of Guyana has stated in...
Read more
OilNOW
OilNow is an online-based Information and Resource Centre which serves to complement the work of all stakeholders in the oil and gas sector in Guyana.

Deciding where to drill: No surveying technique can actually see oil and gas underground, but seismic and other technologies can help earth scientists identify rocks that are capable of holding oil or gas deposits. That can give an explorer reasonable confidence that a discovery is possible before incurring the high costs of drilling.

Seismic works by sending pulses of sound energy into the ground and timing reflected wavelets, as they bounce back off layer after layer of rock. This information allows geoscientists to build models of the subsurface and narrow down the best spots for drilling. Another important data source is information from nearby wells and producing fields.

Where there has been no exploration, geophysicists can start to identify suitable rocks by measuring their gravitational and magnetic properties. Soft, sedimentary rocks capable of holding hydrocarbons – limestone, for instance – are less dense than heavy, igneous rocks. Airplanes measure the Earth’s gravitational pull, searching for small differences caused by variations in the density of the underlying rocks. Variations in the Earth’s magnetic field can provide useful data too: the less magnetic the better – sedimentary rocks are virtually non-magnetic.

However, drilling is the only way of actually proving that an oil or gas field or reservoir exists deep below the surface.

Drilling a well is a 24/7 operation, with crews working in shifts. The process can last for weeks – depending on the hole’s depth, the rig’s power and the hardness of the rocks.
Most wells are drilled using rotary drilling rigs. A sharp-toothed drillbit is connected to the surface by the drillstring, lengths of drill pipe screwed together end to end. Machinery at the surface makes the drillstring rotate. As it does so, the rotating drillbit at the end of it cuts, grinds, scrapes and crushes rock at the bottom of the well. Drillbits – and the well’s diameter – decrease in size the deeper the hole gets. At the surface, the diameter might be about 60 centimetres, compared with perhaps just 15 in the pay zone – the section of producing rock. In most wells, drilling stops periodically so that the well can be lined with carbon steel casing (see below). A special fluid called drilling mud is continuously circulated around the hole, washing out cuttings and keeping the drillbit in contact with uncut rock. The mud also cools and lubricates the bit, provides the drillstring with buoyancy and counters the natural pressures of fluids in the rocks around the well, which would otherwise make it cave in.

Geologists and engineers cannot directly examine subterranean rock formations, but have special tools to do it for them. In wireline logging, sondes are lowered down the hole on an electrical cable – the wireline. Data relating to physical properties in or around the well are then transmitted to the surface along the wireline, and logged against depth or time – or both. Sondes can take numerous measurements. Electrical resistivity is one: oil and gas are more resistive than the salty water that fills most deeply buried rocks. Acoustic, radioactive and nuclear magnetic resonance instruments also yield data on the probable content of a rock layer. Core samples, in which cylinders of rock are retrieved from the well for analysis, also provide vital information. Mud logs keep track of the chemistry of cuttings washed out of the hole. Wireline tools are suitable in vertical wells – because, thanks to gravity, it’s relatively easy to lower them in and pull them out. But the emergence of directional and horizontal wells has resulted in the development of log ing-while-drilling and measurement-while-drilling tools (usually referred to as LWD and MWD tools), in which sensors are located just above the drillbit and transmit data to surface by fluid pulse telemetry (pulses are sent through the medium of the drilling mud and decoded at surface) or are retrieved later when the instrument is brought to surface.

Hundreds of Guyanese businesses are benefitting from a wide range of online training courses being offered by the Centre...
Read more
News

Global discoveries of conventional resource volumes reached just 4.9 billion barrels of oil equivalent (boe) in the first half of 2020 with Guyana among...
Read more
News

After reaching historic lows in April, global oil prices could continue to chop higher in the coming months as COVID-19 shelter-in-place restrictions begin to...
Read more

Flaring of gas in the Permian Basin in the US in the first quarter of 2019 dropped for the first time in 1.5 years,...
Read more

Successive Guyanese governments will essentially be relying on royalty and taxation measures to capture a “reasonable” share of the economic rents from Guyana Basin...
Read more