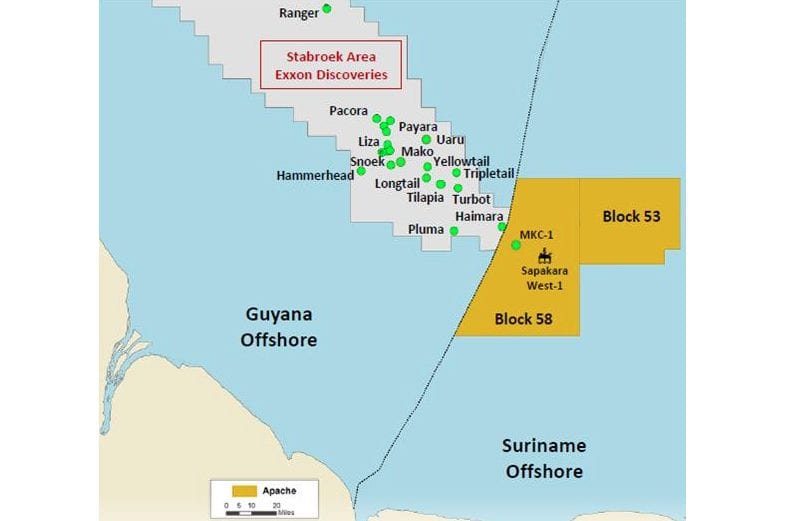 Following a significant discovery at the Maka Central-1 well at Block 58 offshore Suriname, Apache Corp. is now gunning for oil at a second prospect on the block which reports indicate look promising.

John J. Christmann IV, CEO and President of the company has said so far results from the Sapakara West-1 prospect are encouraging.

In its Q4 2019 earnings presentation, Apache said it was allocating the lion’s share of its 2020 budget to operations offshore Suriname. This will see some US$200 million being plugged into exploration and appraisal drilling offshore the South American country.

On January 7, the company had announced a significant oil discovery at the Maka Central-1 well at Block 58 which tested for the presence of hydrocarbons in multiple stacked targets in the upper Cretaceous-aged Campanian and Santonian intervals and encountered both oil and gas condensate.

The partners are working on an appraisal plan which will be submitted to Suriname’s state oil company Staatsolie in the coming months.

Christmann said it is likely that a third and fourth exploration well will be spud on the block, where the contract for the Noble Sam Croft drillship under contract with Apache is estimated to expire in June.

Military chief urges soldiers to be vigilant against trans-border crime as...