OilNOWLatest News and Information from the Oil and Gas sector in Guyana
More
FeaturedNews
Updated: November 3, 2022 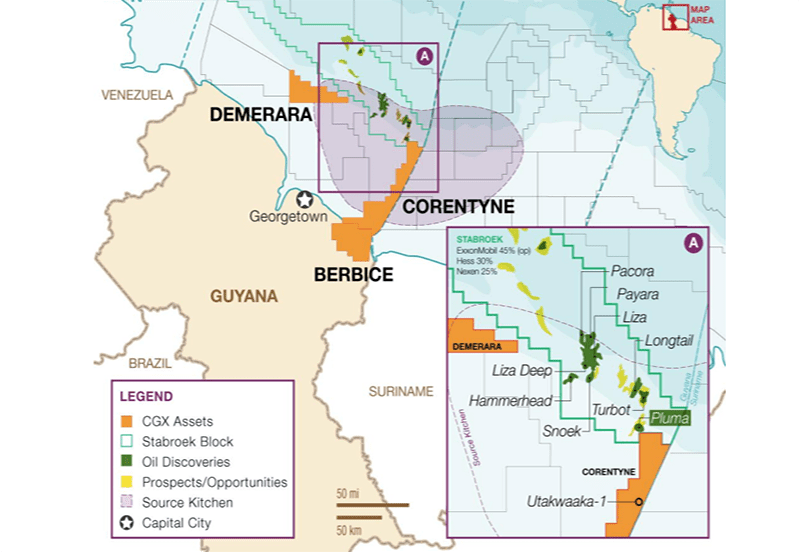 CGX Energy, its subsidiary ON Energy, and Frontera Energy have begun the relinquishment process for two oil blocks they control in Guyana – Demerara and Berbice.

CGX said on September 20, 2022, the government provided a Deed of Surrender to formalise the process. After September 30, 2022, the companies signed the surrender deed of the Demerara and Berbice Petroleum Prospective Licences (PPLs).

The government had cause to warn CGX and its partners earlier this year to honour contractual obligations for both licenses after they wanted to focus solely on the Corentyne Block. Following the Kawa-1 discovery in the first quarter, CGX had indicated early on to the government that it would not be able to follow through with its commitments on the Demerara and Berbice Blocks. This was primarily due to budget constraints.

Vice President Dr. Bharrat Jagdeo had said that it is “none of our business” if the company “can’t raise the money.”

According to the provisions of its agreements, the partners were expected to drill two wells in Demerara before 2023 and one well along with the acquisition of seismic data in the Berbice concession this year.

Both blocks, according Dr. Jagdeo, are expected to be up for grabs in the coming offshore auction following the completion of the relinquishment process.