OilNOWLatest News and Information from the Oil and Gas sector in Guyana
More
FeaturedNews
Updated: April 28, 2022

With an 80% participating interest, Chevron has obtained exploration, development, and production rights in Block 7. Staatsolie has the remaining 20% interest, through its subsidiary Paradise Oil Company N.V. (POC).

“The agreements enable Staatsolie to play an active role in the block partnership from day one. The costs in the exploration phase will be carried by Chevron. The exploration period, as set out in Chevron’s PSC, will last eight years, divided into three phases,” Staatsolie said.

Chevron is held to Suriname’s local content requirements, with provisions outlined in the Production Sharing Contract (PSC). It is expected to give preference to materials, services and products offered by Surinamese companies, on the condition that those companies are of appropriate quality, price, and other commercial requirements.

Signing the joint operating agreement commencing their cooperation on Tuesday were Staatsolie’s Chief Executive Officer, Annand Jagesar, POC Director Rekha Bissumbhar and Chevron’s Suriname Country Manager Channa Kurukulasuriya. Minister David Abiamofo of Natural Resources was present on behalf of the shareholder (the State of Suriname) at the signing at the headquarters of Staatsolie, a release said.

Staatsolie said it is enthusiastic that is has once again been able to invite the world class international oil company (IOC), Chevron into the Block, validating the attractiveness of Suriname’s offshore acreage. 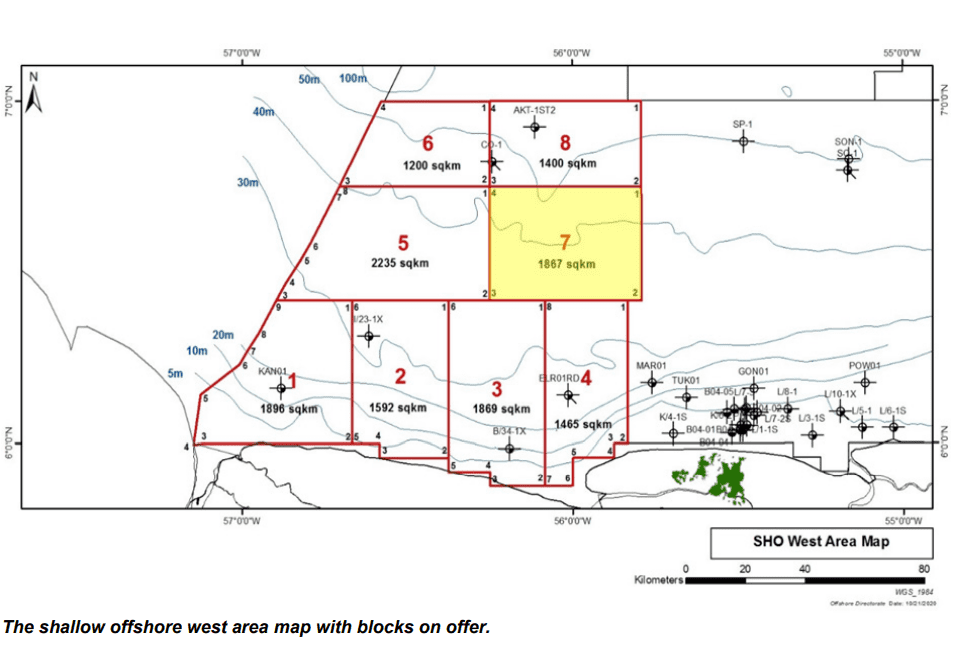 Staatsolie and Chevron are also partners in the offshore Block 5, in which POC has the right to 40% participation and Chevron has 40%. Shell owns the remaining 20% stake through affiliate, KE Suriname BV.

Several discoveries have been made offshore Suriname in recent years, building on excitement from ExxomMobil’s discoveries offshore its neighbour in the basin, Guyana.