OilNOWLatest News and Information from the Oil and Gas sector in Guyana
More
FeaturedNewsRegional
Updated: June 19, 2021 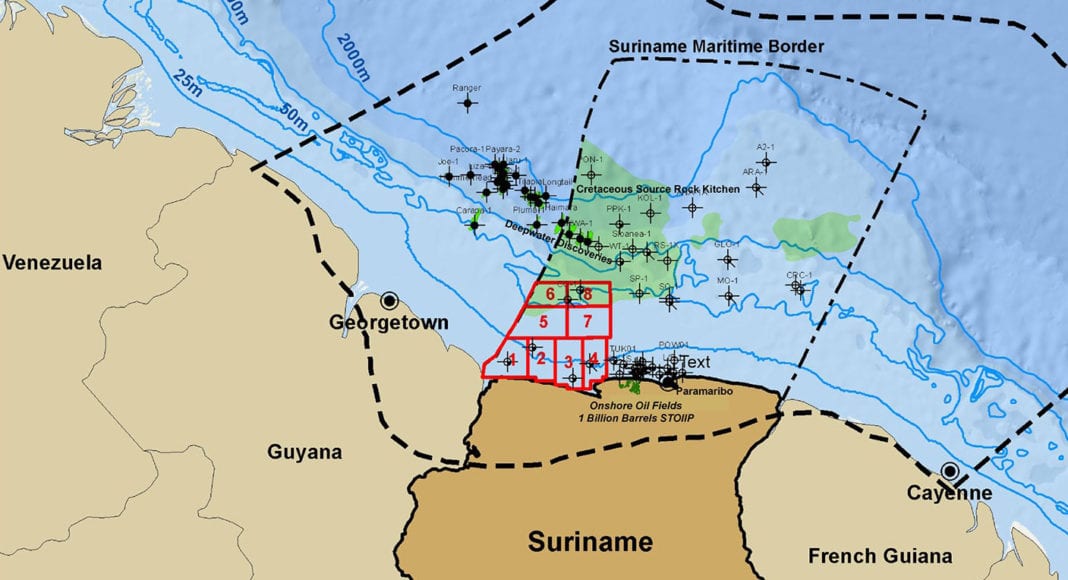 Chevron Exploration Suriname Limited and a consortium consisting of TotalEnergies and Qatar Petroleum have submitted the most favourable bids for shallow offshore blocks in Suriname’s recently concluded bid round.

“Staatsolie and the successful bidders are now in the process of concluding Production Sharing Contracts (PSCs) for the relevant blocks and will make further announcements once the PSCs are awarded,” the company said.

A total of 10 bids were received for 3 of the 8 blocks that went on offer on November 16, 2020. These blocks are directly in the migration pathway between the giant onshore producing fields and the recent deepwater discoveries at Block 58, which are both typed to the Albian, Cenomanian & Turonian (ACT) source kitchen.

Blocks 5, 6 and 8 are in closest proximity to Block 58, and the Guyana basin where a total of over 23 discoveries have been made since 2015, the bulk of which are in the prolific Stabroek Block.