OilNOWLatest News and Information from the Oil and Gas sector in Guyana
More
ExplorationFeaturedNewsRegional
Updated: November 19, 2022 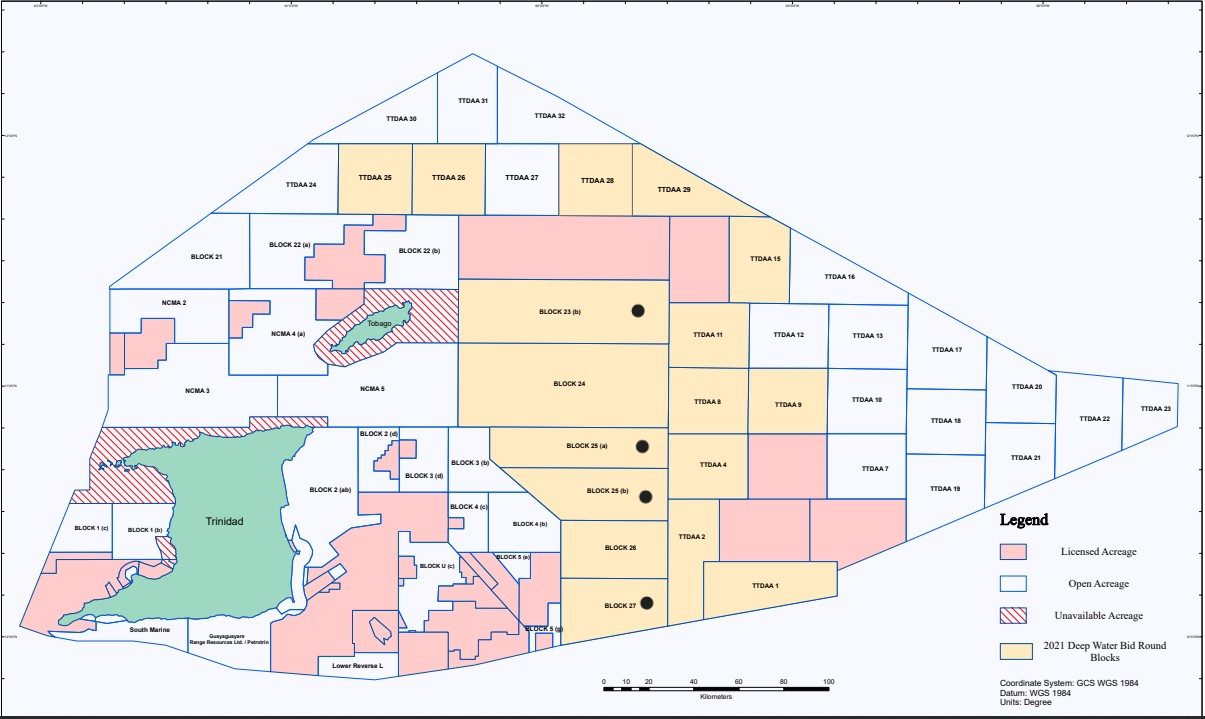 The government of Trinidad and Tobago is expected to issue a decision on the lone four bids it got from its recent deepwater oil block auction which saw 17 blocks up for grabs.

Young told Reuters that the bids have already been evaluated and that the Ministry is heading to Cabinet with a recommendation.

“We have slipped a little bit on that time frame, [but] the evaluation is over,” he said.

The blocks were expected to be awarded in the third quarter of 2022.

The bid round offered hope of increasing T&T’s shrinking gas reserves through exploration. But companies showed little interest, submitting bids for just four of 17 blocks. The blocks were bid on by a consortium of BP and BG/Shell. The consortium bid on Blocks 25B, 25A, 23B and 27.

The Deep-Water Competitive Bid Round was opened on December 3, 2021, and ran for six months.

An exploration campaign by BHP Billiton, which merged with Woodside, estimated its licensed deepwater acreage to possess a proven 6.6 trillion cubic feet (tcf) of commercial natural gas. The merged company, Woodside, did not submit bids.

A 2020 natural gas reserves audit conducted by Ryder Scott Consultants had confirmed additional unrisked reserves of 4.5 tcf in a portion of the open deep-water acreage.

Those terms, however, did not appear to have been enough to lure investors.

T&T later updated its fiscal terms after much advocacy from its Energy Chamber.

Trinidad concluded a six-week nomination period for a shallow water bid round in October, involving 23 blocks. Trinidad also launched a bid round in July, involving 10 onshore blocks and one nearshore block. This round is ongoing.