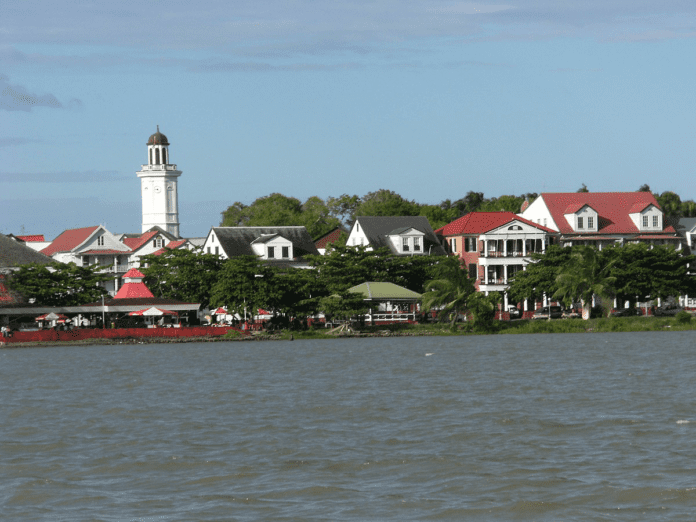 (New York Times) Suriname ground to a halt on Wednesday as its banks, shops and factories shuttered in a showdown between its beleaguered private sector and its authoritarian government over how to respond to a deepening economic crisis.

The closures brought a new and unpredictable tension to the streets of Paramaribo, the capital of this nation in the north of South America. Most people stayed home to comply with measures to fight the coronavirus pandemic.

But anxiety mounted as ATMs ran dry in the cash-based economy and supermarkets, afraid of being overrun by nervous shoppers, were closed.

“This may shut down the entire economy,” said Steven Coutinho, the head of the country’s largest lender, De Surinaamsche Bank, which halted operations Tuesday.

The showdown made Suriname, a Dutch-speaking ethnic melting pot of 600,000, the latest and most extreme example in South America of how the pandemic and a plunge in commodity prices are destabilizing weak economies and polarizing political systems.

Ecuador and Venezuela asked the International Monetary Fund for an emergency bailout in the past week, and neighboring Guyana is paralyzed by a disputed election.

The slide in the price of Suriname’s two main export commodities, oil and gold, over the past month has effectively left the country without enough hard currency to pay off its debt and import basic goods, leaving the country on the verge of default.

In addition, the departure of Dutch tourists as a result of the pandemic, which has sickened eight people in Suriname so far, has deprived the street economy of a significant source of euros.

Suriname’s economy has gone into a tailspin just as the country is preparing for a crucial vote. In May, its president, the former military dictator Dési Bouterse, will seek another term despite being convicted of homicide by Surinamese judges and of drug trafficking charges by the Dutch.

His son, Dino Bouterse, is serving time in an American prison on drug- and terrorism-related offenses.

In an effort to shore up the local currency, stem inflation and stop capital flight ahead of the vote, the government imposed strict new restrictions on foreign currency transactions. The governing party pushed the measure through Parliament at 5 a.m. on Saturday, and it took effect on Tuesday.

The restrictions outraged business people and bankers, who say they repeat the currency controls that ruined neighboring Venezuela, a rare regional supporter of Mr. Bouterse. To repudiate the new limits, they brought commerce to a screeching stop.

The new measure made black market currency transactions punishable by up to three years in prison and created a militia to stamp out illicit trading. But even as these measures were rolled out on Tuesday, the cost of a dollar on the black market jumped to double the official rate as Surinamese rushed to get the scarce hard currency.

Some in the country agreed with the government’s stringent measures, arguing that the inflation stoked by the black currency market was making life too expensive.

“The government had to intervene,” said Satish Roopram, a tour operator in Paramaribo, whose business is suffering from devaluation. The black market “is driving up prices in the shops enormously. It must be stopped.”

But, crucially, the new law allows the government to pay back its dollar loans to local banks in the national currency, effectively writing off a big chunk of its debt obligations, the bankers say.

The write-off follows the government’s unilateral decision in January to take about $250 million of the private banks’ hard currency to import basic goods.

“They took our funds, and now they are shoving this new law down our throats,” said Mr. Coutinho, the banker, adding that the banks and the ATMs will remain shut until the new law is repealed.