OilNOWLatest News and Information from the Oil and Gas sector in Guyana
More
FeaturedNews
Updated: July 17, 2022 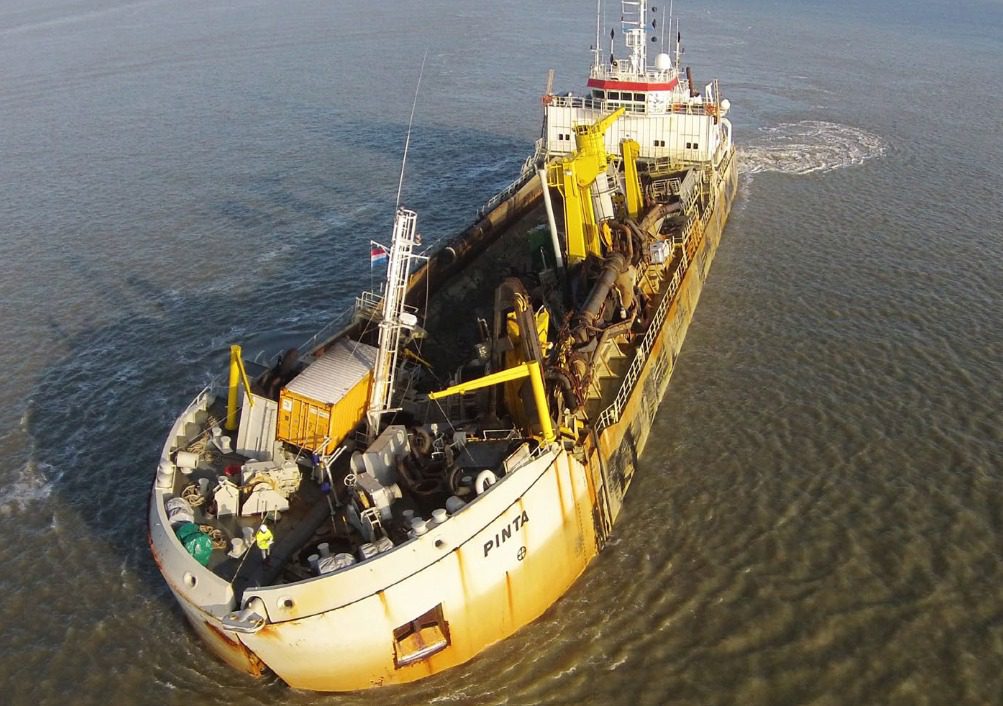 NRG Holdings Inc. now has a total of eight vessels in operation in the Demerara River to support dredging activities for the massive Port of Vreed-en-Hoop project at the Plantation Best foreshore on the West Bank of Demerara.

Port of Vreed-en-Hoop: More than just a shore base

The Zheng He, pictured below, is the first vessel to arrive in Guyana for the project, on June 4.

Operations Director for Western Logistics, Pradeep Ramoutar, told OilNOW that one other trailing suction hopper dredger, the Galileo Galilei, is set to arrive in August.

Dredging for the shore base commenced late last month in the inner and outer corners of the Demerara Habour.

Vreed-en-Hoop Shore Base Inc. (VESHI) forms part of the Port of Vreed-en-Hoop and is meant to be the special purpose vehicle to serve ExxonMobil’s Yellowtail project.